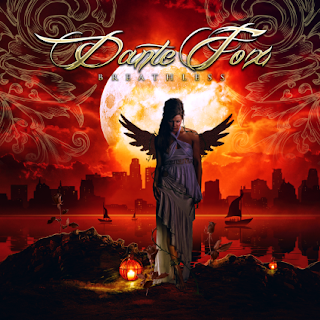 In fact, they have ploughed along regardless of what’s going on around them, stuck to the plan of offering up cracking slices of music without diminishing returns. In fact, when certain bands are happy to turn out ‘average’ to ‘meh’, Dante Fox have been banging out a higher quality with each and every release.

I must admit that if I were Manford/Willetts, I’d have probably given up a long time ago, as the money in AOR is four fifths of fuck all. I guess Dante Fox would love to make a living just out of their music, but I for one am glad that they continue to put out music for the love of it. Over the last 15 plus years I’ve watched them (and listened from afar) grow as a band both musically and in a live setting. In fact, a Dante Fox show is a definite highlight, and a band not to be missed.

So what about their latest release ‘Breathless’.? Well I’m happy to report that it follows on a great tradition of cracking Dante Fox albums. Immediately you are hit by the quality of the production. Not enough is given to great production nowadays, but this screams quality. ‘Young Hearts’ is as pure AOR as it gets and is an instant memorable track after just the one listen and is destined to be on many a playlist. ‘All Eyes On You’ see follows the Dante Fox playbook, and solid riffage from Manford with a great bridge and chorus. Willetts had a 'Marmite' voice for me a few years back (only because high vocals play havoc with my tinnitus!), but on ‘Breathless’ she sounds fantastic. ‘Breathless’ has Manford digging into his ‘Best 1980s Hair Metal Riffs’ book and knock it out of the park. If anything the verse doesn’t quite match the riff, until we get to the chorus that is, and when they both entwine the result is superb.  ‘Break These Chains’ sees Dante Fox delve into ‘soft rock’ mode before kicking loose with yet another powerful chorus. ‘Broken Hearted Man’ has ballad running through it like a stick of Blackpool rock, and is also given the acoustic treatment as a bonus. ‘I Cant Stop Tonight’s ‘ Manford riff comes straight out of the blues rock FM/Thunder school of music, and is a class act indeed. 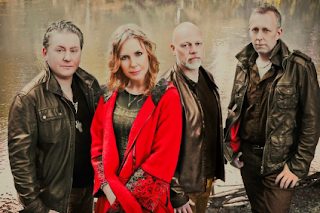 ‘Dynamite’ just slayed me. The riff is reminiscent of all you/me/we loved about some of the best songs of the 80s. It’s a  AOR-sters catnip. Willetts bridge and chorus just complement the riff perfectly. If it were Pat Benatar, we’d be waxing lyrical. After a couple of listens, its straight onto my playlist. ‘Love Affair’ is a full on No Limits Powerplay (anyone?), a huge number that’s a live certainty. ‘How Will You Know’ starts off with Birmingham’s version of a Nightwish/ Evanescence track, and has a massive opening salvo.

In a World where a lot of the melodic rock roster are on a certain European label, its great that Georg Siegl and his AOR Heaven label are a major exponent of offering up shit hot quality AOR (that’s ‘shit hot’ – punctuation is everything!). Not all the good stuff is over in Italy, in fact Dante Fox match up to or are as good, if not better than any melodic rock act plying their trade in the 21st century.

If Dante Fox were a product it would be ‘Ronseal’ because the album does exactly what it says on the tin, I defy you to listen to this and not be…….. ‘Breathless’.

PS If you’re gonna buy one album in August, I cant recommend this one highly enough. Out 26th August – go one, treat yourself!