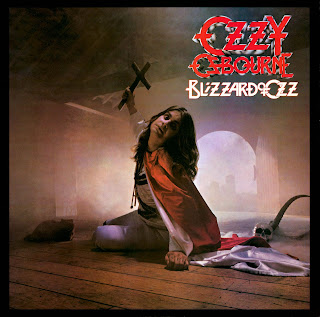 April 27th, 1979 – Friday afternoon. A date Ozzy would never forget. The date he got the news from fellow band member Bill Ward, that his services were no longer required in Black Sabbath. Ozzy’s drinking and drug taking had gotten out of control to the other members. An incident the day before where he’d missed a gig thru lack of sleep (drug induced), but when he did get some kip, it was the mother of all sleeps, 24hrs of sleep. Only one thing was wrong, he fell asleep in the right hotel, but in the wrong room. When he did finally awaken he got the biggest bollocking ever, and his tenure was over.
But in Ozzy’s own words, the phrase, 'Pot-Kettle-Black' came to mind. He was probably just more fucked up than the rest of them. They all had substance issues. It hurt Ozzy, as the 4 of them were brothers in arms, from the same town, similar age, growing up just a few streets apart. Thankfully Ozzy didn’t give a flying fuck anymore, and this sacking gave him the major kick up the arse he needed.
It wasn’t long before a friend (Dana Strum) told him to check out a 22yr old guitarist in Quite Riot, Randy Rhodes, and the rest, they say, is history!
Bob Daisley came in on bass, and after auditioning half of Britain for a new drummer, Ozzy settled on Lee Kerslake (Tommy Aldridge was his original choice but was unavailable). Such was the profligacy of their writing, they had the album in the can with enough songs left over for a second. Sept ‘80 saw the release of ‘Blizzard of Ozz’ in the UK (obviously the 30yr anniversary is for our American friends – released March ‘81)
Enough of the history and background, onto the music. The songs are restored and remastered from the original analogue sources by George Marino which is great news. Another version was recorded after the litigation between Kerslake/Daisley and Ozzy. I cannot comment too much on the remastered quality as I have the downloaded 192 kbps version to listen to.
But as albums go, this is one of many in 1980, that make it the best year EVER for a rock fan. Ozzy struck gold when he found Rhodes, his guitar playing took rock music to another level entirely. From the opening bars of ‘I Don’t Know’ you know you’re in for a treat. It gets even better with Ozzy wailing ‘All Aboard’ for ‘Crazy Train’which is undoubtedly Ozzy’s signature piece. This is where I probably get death threats as I’ve never really liked ‘Goodbye To Romance’ probably because I don’t feel that Ozzy’s voice suits ballads. This was the first song that Ozzy and Rhodes wrote together. ‘Dee’ shows off Rhoads’ talents, a student to the end, he always wanted to learn, and this subtle piece is the ‘light to the dark’ before ‘Suicide Solution’ a beast of a song. The ‘classic’ songs don’t end there with the unmistakable church organ intro into Mr Crowley. ‘No Bone Movies’ is ok, but is a filler to me, and ‘BOO’ finishes up nicely with the faster paced rocker, ‘Steal Away (The Night)’.
Also included for good measure are three bonus tracks, ‘You Looking At Me, Looking At You’ a non LP 'B' side, and rightly so. A guitar and vocal mix of ‘Goodbye To Romance’ is also included for good measure. Despite my reticence towards this track, the stripped down version is more suited than the original and I almost take back what I said earlier about Ozzy singing ballads, its a refreshing version. Last up is ‘RR’ a previously unreleased Rhodes guitar solo. The extras on this could have been a bit more expansive but the ones included don’t really add anything to the original release. As a remaster, I’m guessing it will sound great
After recent remasters from Sabbath, Rainbow and Rush, the Ozzy version as a welcome addition to a remastered and expanded series, and its great being a fan and getting all these new expansive versions I bought as a teenager.  I would pretty much stay away from this version and save your well earned cash for the mother of all versions, the limited edition 30th Anniversary deluxe boxed set houses the restored and re-mastered vinyl and CD editions of Blizzard of Ozz and Diary of a Madman, the "Ozzy Live" compact disc.  Beyond the music, the box set is highlighted by a variety of exclusives including an expansive 100-page coffee table book, a two-sided wall-size poster, a precise and detailed full-size replica of Ozzy's iconic gold cross that he has worn for 30 years, and “Thirty Years After The Blizzard” DVD. 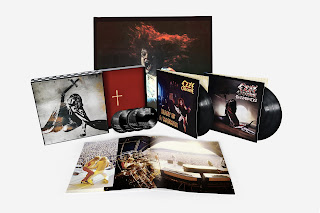 This new “Thirty Years After The Blizzard” DVD chronicles Ozzy's years with Randy Rhoads features previously unseen footage of Ozzy and Randy filmed in 1981 & 1982; it incorporates rare archival photos and films; along with new and revelatory interviews with Ozzy and Sharon Osbourne, Lemmy (Motörhead), Steve Vai, Nikki Sixx, Rob Halford, Zakk Wylde, Bill Ward and more. The DVD also contains over 70 minutes of additional rare live performances and interviews; included is the premiere of more than 30 minutes of newly-discovered never-bootlegged footage of Ozzy and Randy from the Blizzard of Ozz tour shot from the front of the stage at New York's fabled Palladium on May 2, 1981.  This new feature is a must-see for aficionados of Ozzy's epic release, Blizzard of Ozz and its pivotal effect on rock & roll history.
If anyone deserves the staus of ‘Living Legend’ its Ozzy, as he shouldn’t be with us today. Lets enjoy the bloke while we still can. In all of his years with Sabbath and his own band it never got better than this 1980/81 period
95/100 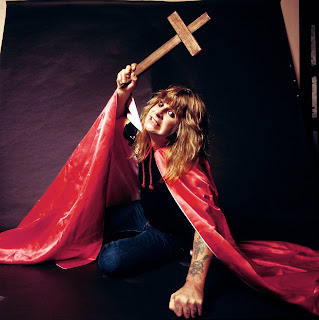