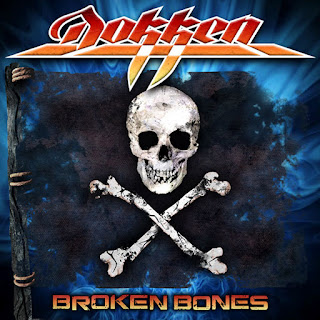 To be honest with you, I doubt there was a bigger fan of Dokken in the NE Wales area in the mid-late 80s than me. I f*ckin' loved this band. I followed the trials, the tribulations, the arguments played out between Don Dokken, and the hugely talented and insanely great guitar god George Lynch, in what was the musical equivalent to TMZ which was Hit Parader. This feature ran for what seemed like years at the time (and still does). Unfortunately, one of the best metal bands was always doomed to failure as Dokken v Lynch was the 80s equivalent of The Avengers v Loki, only this time there would be no winner, for either the band, or more importantly the fans

Reformations came, and most unusual, went! Slight hint of sarcasm there, but the true potential was ruined just as they were hitting their stride after the sublime ‘Kiss of Death’. They came close in 2009, but (surprise) it all fell apart. It’s a shame as the other half (or should that be, three-quarters in Lynch/Pilson & Brown) are releasing an album of new songs and some old Dokken classics with various vocalists. For someone like me, this is both a pleasure, but also a pain, as I’m sure most Dokken fans would love the various hatchets to be buried (and not in each members heads). I’ve heard the recent Dokken Greatest Hits reworked songs and it was slightly painful to hear classics, down tuned to suit Don Dokken’s vocal register

But, we are where we are. 2012 sees Dokken release their 11 studio album, Broken Bones. Despite my reservations, Broken Bones is the type of album that someone like David Coverdale should be doing. Stop pretending it’s the 80s, and deal with the hand you have now! Surprisingly the end result is pleasant and more importantly, decent enough. Gone are the high pitched vocals and screams, and in comes DD of the 21st Century, a mellower and more monotone version. I don’t mean this in a bad way at all, as Dokken has his voice, and it’s still a good one to have! It just has none of the trademark Don Dokken wail!

‘Empire’ kicks off proceedings, and yes, the Dokken flame still burns, but not with the same intensity. The sound of Dokken is courtesy of Don, even down to some of the riffs, unless Jon Levin is being forced at gunpoint to play in the style of George Lynch. ‘Broken Bones’ is straight out of 80s Dokken  and with riffing like what’s on ‘Blind’, I can’t tell the difference. It’s like I’ve loaded up MrFusion and headed back to 1985. ‘Waterfall’ is a fairly bland effort by DD’s standards, but the songs leading up to that point make the point that Dokken in the current age is a viable prospect. ‘Fade Away’ is very reminiscent of ‘Stop Fighting Love/Will The Sune Rise’, and Levin sets his stall out with a steamroller of a riff on ‘Burning Tears’. It’s more ‘Dysfunctional’ era than ‘Unchain the Night’, and I can understand DD for not wanting to try to recreate the past like other bands have recently tried to do. ‘Broken Bones’ both starts and finishes strongly with a bit of a blip in the mid-section.

All in all it’s the best of the bunch so far from any of the 80s bands trying to recapture some of their youth in 2012. Dokken’s got the mix just about right. It may struggle to appease the hard core fans, but I for one am still glad to be hearing music from the pen of Don Dokken.

Not reviewed here is the Deluxe Edition CD+DVD. That's the version I'd plump for if I were you!!

Tracklisting: Empire; Broken Bones; Best Of Me; Blind; Waterfall; Victim Of The Crime; Burning Tears; Today; For the Last Time; Fade Away; Tonight.