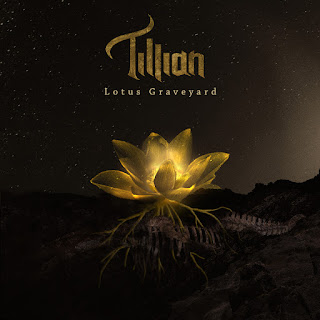 Tillian is a female fronted prog-rock band from Tel-Aviv, Israel. Influenced by artists such as Kate Bush, Pain of Salvation and Ayreon, singer-songwriter Leah Marcu likes to set her stall very high when it comes to influences!! Their journey began in 2014 when Leah Marcu started writing and composing a solo album around the concept of alchemical transformations of the self (!?). She drew from her personal well as well as her background in psychology and mysticism. She explored a cycle of inner progressions; Love to pain; pain to beauty; beauty to spirit and spirit to love. I personally am not a great interpreter of lyrics, I just like to know if it makes me get excited and pay air guitar etc.

Working with Orphaned Land and Amaseffer’s producer, Forrester Savell, the music began to crystalize into Tillian's debut album. It soon progressed into a band of 7. From a first listen, it may be a band, but it is all very much in the name of Leah Marcu.

Opener, ‘Reborn’ is almost out of the Opeth Damnation playbook! It  teases you with its opening salvo, the listener not certain of which way its going to go. Ill break it to you, its mellow, but not to the point of boring the arse off you. Almost immediately, you can tell is Leah’s show. She is surround by some consummate professionals, but its Leah who is up front and centre. It builds to a good guitar solo, where I wanted it to build into a much heavier and darker song. ‘Touched’ is a song of two halves, and it’s the latter half that pushes the (heavier) envelope a bit more. ‘Frozen Sun’ is more like it. Tillian go for it a lot more, with some powerful drumming pushing it along and a bit more ‘oomph’ from Marcu is definitely the way to go. The best song so far by a mile. (Or kilometer if you’re European). ‘I’m Too Close’ is cello driven in the first part, before expanding and busting out of her chrysalis.

‘Monster’s’ riff is straight out of the 80s, and once again, I am drawn to the powerful side of the personality. And with lyrics like ‘you really fucked me over’, you know you’re not expecting a ballad. but segues into flamenco in the middle /latter section. ‘Moonlight Dancer’ is the first song that draws musically from their middle eastern roots. It sounds like a soundtrack song that would accompany a market scene or Kasbah. ‘Black Holes’ enter Myrath mode and really push the Middle Eastern sound. Again, you are unsure of where you are about to be led, but its nice not knowing. Its very theatrical, as if it were in a musical, and is part storytelling, anthemic, with a good chorus, and is very good. It’s a song that tells of a dance with an inner demon and the need to find hope through personal struggle; I don’t think it knows what it quite wants to be, but that’s part of the fun. It’s a song that deserves multiple listens. ‘Caught In Your Slough’ is a strange title and lets leave it at that. An intro effectively to ‘The Beggar’, a song that has a lot of emotion to it. Marcu certainly knows how to put herself across.

‘Love or Heaven’ sees Tillian go for the jugular, with some dark vocals underlying Marcu’s. It’s the big song on ‘Lotus Graveyard’ time-wise and musically., bordering of death metal almost. Its this direction in particular I would like to see (and hear) Marcu explore in future. Not the grunting, just the sheer heaviness of it. ‘Finally we are onto ‘Earth Walker’, cello and piano driven, and is here they go all Kate Bush on you. Its eerie, haunting, and equally lovely. It’s a good way to end the album.

Leah certainly works it all to her strengths. She is a good songwriter and decent singer. I wanted her to push herself a bit more and take it up a notch, if it is possible for her to do? That said, I was very satisfied come the end of the album.

Some of ‘Lotus Graveyard’ can be a bit all over the place. It’s not a criticism, I just think its Marcu trying to find her feet and find a direction. The clue was in the influences at the beginning of the review. Expect the unexpected if you draw from Bush, Gildenlow and Lucassen!!!

It’s a very decent debut from a very accomplished woman. Personally I preferred the heavier side on songs like Frozen Sun, Monster, Black Holes, and Love Or Heaven. Although the downright passion of Earth Walker, was spellbinding. There’s certainly a lot of  style and substance and a lot to take in here. 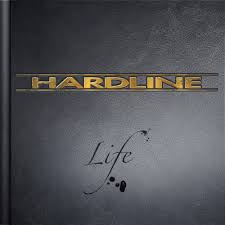 
I’ve been a fan of Hardline since hearing the track 'Can’t Find My Way' during the Brandon Lee movie Rapid Fire, I went out and bought 'Double Eclipse' the following day. 27 years have passed since that album and now Johnny and the gang are back with their new album, 'Life'.
The first play through of this album had me looking for ripped jeans, a bandana and a trusty bud bottle to use as my mic, it was a sheer blast from the past and I loved it. I have all of Hardline’s albums and in my opinion they never reached the quality of 'Double Eclipse' again.....until now that is!
'Place To Call Home' is a fantastic opener, well structured with excellent harmonies and hooks this is a song that you need to play loud, whether you’re in a car or in the house open the windows and let everybody hear.
'Take A Chance' is a decent track, it’s not the fastest paced track but it’s extremely well layered with the thundering bass line and guitars melding perfectly, this is a song that all Hardline fans will enjoy listening and singing along to.
'Helio’s Sun' had me going from the first chord, fast paced with a driving beat that had my feet pounding along in time which made typing quite hard. I’m sure I annoyed the neighbours with this song as I played it so many times, definitely one of the highlights of the album for me.
'Page Of Your Life' is the first ballad on the album with a soulful piano opening leading into a guitar laden power ballad that Hardline are so adept at producing , it’s definitely a song that will have people with their phones lit up swaying backwards and forwards trying to reach the stars.


'Out Of Time' sets off at a blistering pace that is relentless and is an almost perfect song except for a slight tempo change at 2.36 that just felt out of place, up until that point the song flowed beautifully and would have been my pick of the bunch if it wasn’t that change.
'Hold On To Right' with a solid hard rock opening this track had the potential to be a true gem sadly whilst I usually love hearing guitar work as good as this I felt it became a little bit self indulgent which took a bit of shine off the track.
I loved the opening of 'Handful Of Sand', Speaking of the quality that was about to become and it did not disappoint, beautifully composed this is a song that should be playing on radio stations around the world.
'This Love' is the second true ballad of the album the band utilized a piano opening again,the problem with some rock ballads is that it doesn’t matter how good a band is more often than not they sound similar to many bands of the same genre.
'Story Of My Life' comes blasting out of the start gates and tears along at a nice uptempo pace and I must admit that at times it reminded me of 'Hot Cherie' from 'Double Eclipse' and it also my favourite song on this album.
Of all the Queen songs to cover I thought that this, 'Who Wants To Live Forever', would be a mistake but it was me who was mistaken, while Johnny never quite reached the pitch Freddie Mercury did, he did himself proud and can hold his head up high for successfully taking on one of in my opinion Queens best songs.

'Chameleon' started of slowly and built up to a steady mid tempo rocker, it has the kind of rhythm that will get people out of their seats and have them punching the air while trying to drunkenly remember the words.
'My Friend', the closer is another ballad. However this is an entirely acoustic/semi-acoustic number which sets it apart from the majority of ballads, there are no soaring vocals or power chords and is the perfect kind of song to finish an album of this high quality.
Hardline's latest offering 'Life' does have it’s flaws but they are few and far between and they don’t affect the overall quality of the album and in my opinion is the best that they’ve released since Double Eclipse way back in 1992, and proves that there is plenty of 'Life' left in Hardline yet.
I highly recommend spending your hard earned money on this album you won’t be disappointed.
Score 9/10
Review by Hollywood Vampyre