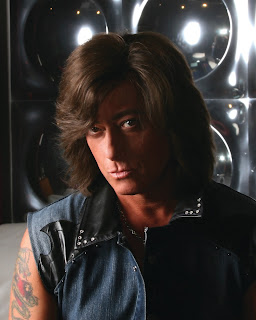 After many years (30+) of listening to one of the great loves of my life (well, vocalists) I wondered if I could manage to interview the legend that is Joe Lynn Turner. Joe was snatched by Ritchie Blackmore from Fandango to become the face and more importantly the voice of a ‘new radio friendly’ Rainbow, and boy did he make them successful. With songs such as ‘Cant Happen Here’, ‘I Surrender’, and two of my all time fave’s ‘Stone Cold’, and ‘Street of Dreams’. He also has something in his armoury not to make Blackmore issue him his P45.

From here, Joe released his excellent solo album ‘Rescue You’, and then (surprise) joined no other than Yngwie Malmsteen’s Rising Force for an album (Odyssey) that Malmsteen has ever yet to top and is one of the best melodic rock albums of its time. Joe has basically never stopped working and has literally put his own sound onto many different projects, and thousands of songs via HTP/ Akira Kajiyama/ Sunstorm/ Cem Köksal/ Mothers Army/ Brazen Abbot/ Jan Holberg/ Michael Men to name but a few, with many guest appearances and a clutch of mighty fine solo albums. Because of which he follows the mantra ''Have mic, will travel!''

His latest is the 3rd Sunstorm album for Frontiers and is albeit a mixed collection which includes Michael Bolton penned classics (review here - http://www.chesyrockreviews.com/2012/02/sunstorm-emotional-fire.html)

I managed to track Joe down on one of his few days at home. Well, we were both in the US at the same time. This is the lowdown….

1. I was speaking with Scott Metaxas of the band Prophet last week at a UK melodic rock festival. He told me something very interesting that I never knew about your career. You were the first singer that they had and then apparently you were approached by Ritchie to join Rainbow. True? If so, how do you think your career would have panned out if you had have joined Prophet?

JLT: Wrong! I have never been in the band Prophet. I saw them live a few times but that is it. I knew the guys in the band...we are all Jersey boys! But Ritchie Blackmore saw me at a club in Long Island and then phoned me to go to an audition! It had absolutely nothing to do with Prophet! This is bull!...and my career panned out just great!


2. You must be the hardest working guy in Rock! It seems to me that you must have recorded literally thousands of songs in the last 30+ years. Out of all the ones you have recorded as JLT/ Rainbow/ Malmsteen/ Deep Purple etc' which song or songs give you the most satisfaction?
JLT: I've been asked this often and I still have the same answer because it is the truth...every song I have recorded is important and satisfying in its own way. Songs are like children...they might be different but one is not necessarily more special than another. Having said that, the songs that made the most impact on my career and brought me to the next level after some recording and touring success with Fandango were "Stone Cold" and "Street of Dreams." 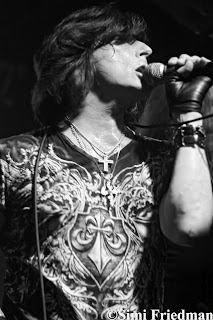 3. Moving on from this, which song/s that you didn't write, do you wish you had have written, or just sung. There's some good stuff on the 'Undercover' cds, would it be something not covered on these 2 cds? I think you slayed the version of 'Back In Black' you did with Collen.

JLT: Thanks for that!...lol!...It was fun to do. Brian Johnson loved it too!...lol!...but there are too many to mention! As far as writing I wish I had written the Henley song "Heart of the Matter"...it’s a very personal song... lyrics are killer!


4. After all the stuff you've done over the years, do you still have lots of ambitions left to fulfill?
JLT: I think you always have to have some ambitions, dreams, goals. I do not have anything really specific but I am working on some projects that I hope come to fruition. I am working on some music for film, some country-flavored songs, too much to list here! But a more general goal is to just keep working, touring, recording. Fortunately, there are many cities and countries around that world as well as fans that still want to see me perform and churn out new music so as long as the demand is there...I'm ready! As I have said in the past, "have mic will travel." 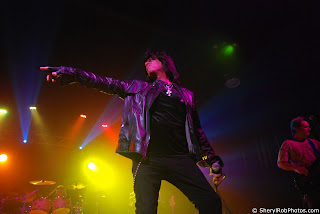 5. Considering the huge number of bands resurrecting careers, do you wish that you could have done something with Rainbow? I think that would have been huge for Rock fans
JLT: Absolutely! And you are correct, it would have been great! Look at all these late 70s/80s melodic rock bands acts that are touring this summer. They are doing decent business from what I hear. When I was active in Over The Rainbow people in many countries were craving the Rainbow sound again.


6. Is that why you perform as 'Over The Rainbow'?
JLT: Over The Rainbow is on a hiatus now but we did have a lot of success when we were touring. All of us are too busy with other projects and because OTR was/is made up of world class musicians they are all in demand whether it be a mostly solo career or playing as a part of another major act or project. 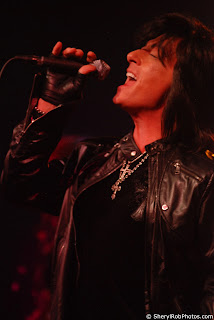 7. Onto more recent times, please explain how all the Sunstorm albums, came about? &. I'm even more intrigued by the latest offering of Michael Bolton songs? I always have a heated discussion with my wife as I prefer the 'Everybodys Crazy' MB, and she (obviously) loves the 'Soul Provider' sell out MB !! To the point where she is telling me again now!!

JLT: The concept was an idea from Frontiers, my record label. The guys that run the label are major melodic rock fans and they got a hold of some of my older demos and songs that were never officially recorded and released. They thought it would be a good idea to resurrect those songs and also include other songs, written by other writers, that would fit the concept...that would be in the same mold.

The latest Sunstorm does have a couple of Bolton songs from his rockier days. I do have some regret in that I would have liked to include more of my songs from my archives. None of the songs on the latest Sunstorm are written by me. I was on tour in Russia and doing business plus vacationing in Turkey when the song list had to be signed off on. It was Frontiers who suggested all the song ideas but the fans love it so I am happy to hear that!


8. Theres some good songs on the 1st Sunstorm album that were intended for your 2nd solo cd, why did they take so long to see the light of day
JLT: Well...there was too much money spent on my first solo album...I guess you could say the record company blew out the budget on that one and although I was signed for another album...a follow up...that album never happened. Some of the Sunstorm songs might have ended up on that second solo record after "Rescue You." As for why it took so long...I am always writing and had so many songs in my archives but as other projects came along and as my revived solo career took off some of these songs did not fit in with those albums or projects. But...they fit in great with the Sunstorm concept! 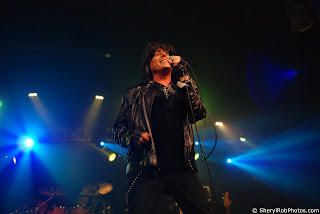 9. Out of all the many albums you have recorded, is the one in particular where you think, 'that one is close to perfection' or 'I really nailed the whole thing'? If I could pick one it would be close between Bent out Of Shape, Odyssey, and Rescue You!
JLT: That is a question that requires a very biased opinion. The Malmsteen record comes to mind...but again it's a matter of taste!


10. How much money do I have to raise to get you over to the UK to play? (joke! Ha!)
JLT: I would love to go back to the UK again. We've had some offers to play the UK but so far, the ones that have come in did not make business sense at the time. Remember what I said at the beginning of this interview...this is how I earn a living. This is my job. All artists end up playing some gigs where they lose money. That's just part of the business and it is expected but you have to be careful not to overdo it, or, do it where your expenses are low. My JLT band is loaded with world class musicians and they all have their own lucrative projects or are in demand by other artists. They are based in the USA and so am I and the cost to fly the whole band overseas for a couple shows can be cost prohibitive unless the offer makes business sense. 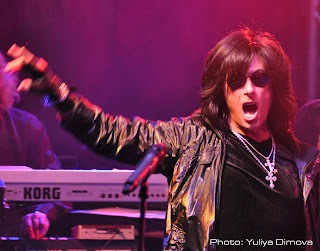 11. Finally Joe, whats next for you? What can we look forward over the course of the next few months?
JLT: Well...I am touring through November and con-currently working on a "new" country cd! I want to stretch out and do something different and there are a few other projects as well....so...thankfully I am very busy!


Many thanks for giving me years of pleasure
JLT: Thank you for your support and time.

So that’s the legendary Joe Lynn Turner, never resting on his laurels, always busy looking for new opportunities. I must say that a country album is a bit left field for some people but JLT is just the bloke that can make the transition, and I wish him all the very best with this project.

Now can someone please pay the man to tour the UK!

(Thanks to Lisa Walker for making this happen, and my total gratitude to JLT for taking the time in his busy schedule to answer my fan-boy questions!)