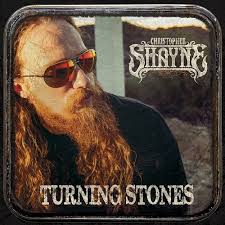 To be fair, 2016 is a good year to be a fan of either Southern Rock / Country Rock. Its not all about Lynyrd Skynyrd, Molly Hatchet and .38 Special (or the boy band version of Blackfoot!).  Like the NWOBHM in the late 70s early 80s, something akin is taking place in the deep south over the past few years, and whilst not new, bands like Whiskey Myers, BSC, The Cadillac Three, and Blackberry Smoke are all gaining some serious momentum. Hot on the heels of these guys are the likes of Jared James Nichols and now Christopher Shayne. They are a part of the NWoUSSR – New Wave of US Southern Rock! It just rolls of the tongue like the Brit version. Not.

If any of the aforementioned bands make you want to break out and wear cowboy boots, drink whiskey out of a jam jar and have a hankering for Georgia peaches then add Shayne to your list. Its been penned as ‘Arizona Outlaw Desert Rock’ whatever the hell that’s supposed to mean. I just call it Southern Rock, infused with a good dose of Country and good ‘ol Rock ‘n’ Roll! Simple.
Straight out of the box on ‘Give A Damn’, vocalist Chris Shayne has a gritty, earthy sound to his voice that screams Southern Rawk.  Starting off the opening line like Chris Rea on steroids before letting rip. It’s the first single from ‘Turning Stones’, and there’s good reason for it, it’s a groove laden beast of a song that you cant help moving to – if you cant move ‘n’ groove to this then you’re dead! ‘Rock Show’ is straight down the middle Rock & Roll (Show). You don’t have to be a redneck to appreciate music like Shayne produces. ‘When I Come Down’ could easily fit onto Nashville. It’s a smooth, melodic number that would sound even greater, live and stripped down to its bare bones. ‘The River Revival' sees Shayne and Lansing trade licks to great effect, coupled with Shayne’s other instrument (vox) and some nice BVs and it makes for a cool tune indeed, taking its nod from Skynyrd.  They even have a third guitarist in Zachary Hughes, making Christopher Shayne the Iron Maiden of Southern Rock. Making up the rest of the band are bassist Mark Blades, and drummer Trevor Hammer (one of the best surnames for a drummer, ever).

Shayne’s songs epitomise a life that’s being lived through his songs. ‘Where is my American dream…..looks so much better on TV! I need that American dream’ Well I’m certain its on the horizon and getting nearer after every listen. ‘Find Our Way’ is obviously an anthem for the modern Arizona cowboy? ‘Outcha Mind’ gets the tempo back up to eleven, with some great slide accompanying Shayne’s vocal blast. ‘Heartache’ does exactly what it says on the tin, a heartfelt southern ballad.

I mentioned some great bands at the top of this review. Well Chris Shayne is not out of place with any of these bands. If you haven’t had the pleasure of him/the band so far, then what are you waiting for…..?

‘Turning Stones’ is full of menacing guitars, whiskey soaked lyrics and choc full of life and soul, what more could you ask for. A diamond in the rough methinks.

There’s not that many albums I listen to repeatedly ‘start to finish’ but this is one of them. This is better than the recent Cadillac Three album, and that’s saying something. The kind of band that SHOULD be supporting The Cadillac Three in the UK later this year (but I have to add, not for long).