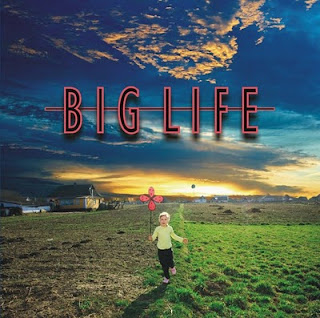 BIG LIFE is a new project featuring the talents of the UK's melodic rock genius, Steve Newman (NEWMAN) and ex PRAYING MANTIS frontman, Mark Thompson-Smith.
Steve Newman’s reputation in the Melodic Rock circuit is impressive - with eight immense NEWMAN albums released in the last decade, the latest being the highly acclaimed “The Art Of Balance”. Add to this his work on other albums with artists such as ATLANTIC, STEVE OVERLAND, EDEN, AOR PROJECT, FROZEN RAIN, FAR CRY, GRAND ILLUSION and PHENOMENA as both performer and engineer/producer.
Mark Thompson-Smith re-emerges from the shadows after a lengthy period out of the limelight to more than demonstrate that time has not dulled his impressive vocal powers. Best known as the singer with Praying Mantis in the early 90's and as guest vocalist in The Sweet in 2005, he has also featured as frontman for various 80's UK bands such as IDOL RICH, TOUCHE and  FLIGHT 19.
The early 90's also saw Mark working in America with Mike Walsh (DEPARTURE) and legendary keyboardist Dave Rosenthal (RAINBOW/RED DAWN/BILLY JOEL), spending two exciting years performing and recording the later released and now much sought after solo album, “A Far Cry From New Jersey”.
Returning to the UK in 1993, as the grunge band tsunami swept away the US melodic rock scene, Mark joined PRAYING MANTIS recording the impressive “Only The Children Cry” EP and completed a successful tour of Japan before leaving the band in 1994. The guys are joined by Rob McEwen, the outstanding drumming talent on the last three NEWMAN albums
I’m not au fait with Thompson-Smith’s previous output I must admit, but, after the first few lines of opener ‘Dying Day’ I was completely won over with his melodic tone and the whole vibe  of ‘DD’reminds me of Prophet’s wonderous ‘Cycle of the Moon – which for me is high praise indeed. ‘Close To You ‘ starts with this classic 8os Keyboard and combined guitar intro and has a chorus that most musicians would give their left nut to come up with a polished style like this. ‘Better Man’ continues in this rich vein, a hook laden modern belter.
‘Calling’ opens up with this great ‘Eastern/Asian’ intro which flits throughout the whole song. Again Newman sets up a classic bridge/chorus for Thompson-Smith to shine. ‘I’ll Still Be Here’ is their first foray into mid-tempo ballad land, again with an instantly ingrained tune. ‘Feel Alive picks up the pace, before the classy ‘Deep Water’ with soulful outro soloing from Newman. ‘Leavers’ mixes it up a little, with its acoustic opening and rocking the next. ‘Taking Me Down’ reverts back to the great Newman sound and instantly catchable chorus. Final track, ‘Nothing Without You’ rounds off proceedings nicely, a stripped and toned down number with just Thompson-Smith, an acoustic guitar and the odd drum fill. The album has an bonus track in ‘Special Relationship’, a headbanger and foot tapper from the old school of rock
Just one listen of ‘Big Life’ is enough to get into your head. Most of the songs have huge melodic riffs, melting soloing, and instantly catchy choruses. Newman has the recipe for cooking up great melodic rock numbers, and in Thompson-Smith has found the perfect foil for his blend of music.
Newman has been fairly prolific over the years, and with Thompson-Smith appearing from the wilderness of rock, Big Life I hope will be aptly named as this album deserves to be huge for the pair of them
With certain publications releasing AOR offshoots, GLEE representations of Journey and other classic melodic rock songs, reformations coming thick and fast,  AOR is in the best shape it’s been for a number of years. What with recent albums from UK based bands such as Moritz, Vega, and now Big Life, the Brits are taking it to their US counterparts and showing them how its done. Thirty-love to us Brits, lets see what the likes of Journey can respond with
9.5/10 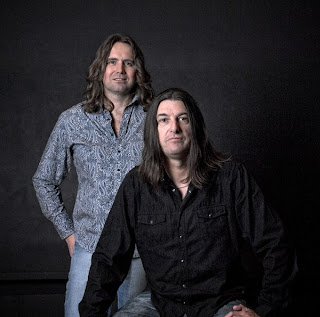