Work Of Art - II - In Progress 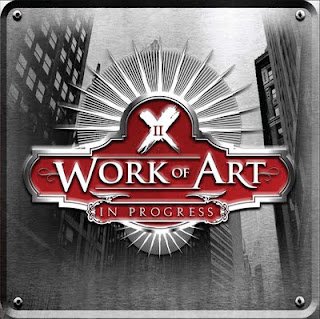 In today’s modern arena, unless you are virtually guaranteed of selling shitloads of albums and ticket sales  (Bon Jovi/Rush/Muse etc etc) the current (particularly rock music) band member has to have at least one or two side projects/another band/ producing/ writing on the go. Work of Art fall into this category despite their superb debut and subsequent follow up ’In Progress’. Säfsund appeared on the recent and excellent Lionville, Sall has W.E.T., and no doubt Furin has other business sorted

Work Of Art is what AOR music is all about! Have you ever dreamt of soaring melodies, heavenly hooklines and a musical technique to die for? Then these Swedish boys have it all for you! This band was put together for the first time in 1992 when Herman Furin and Robert Sall met while attending the SÖL school of music. However it took them about 15 years to convince singer Lars Säfsund to come in to the project full time and devote his time and efforts to the amazing songs the two of them wrote during the years.
To say that Work of Art is influenced by Toto is an understatement of EPIC proportions. Toto had ‘Rosanna’, Work of Art had ‘Maria’ on the debut, and ‘Emelie’ on the current. Apart from using girl’s names the style is 100% Toto/Westcoast AOR, with a bit of the likes of Journey and Giant thrown in for good measure – just because they can!
They certainly hit the ground running with the stunning ‘The Rain’, a gorgeous keyboard led track with Säfsund’s vocals dripping like honey over proceedings. ‘Nature Of The Game’ just oozes class, and have nailed AOR music by numbers, turned up a notch or three, and produced a song that others can only dream of writing. ‘Once Again’ is just another example of the class on offer, a more laid back, chilled offering, before they pick up their pace with ‘Never Love Again’.
Considering that most people think of AOR as the wimpy side of rock, Work of Art have certainly turned it up a notch and have kicked some serious arse  with at least five tracks having major and heavy riffs pushing things along, with ‘Eye of The Storm’ being a perfect example. ‘ The Great Fall’ has an instantly sing-able chorus and will stay with you for days on end.  ‘Emilie’ is their let’s use a girl in the little homage to Toto, and is another classic slice of 80s AOR. ‘Castaway’ ticks some big boxes, very heavy and melodic, and hits you right between the eyes
Technically the album is faultless. The production is absolutely superb. With all of the instruments blending together (I include Säfsund’s vocals in this) to form a musical version of Jo-Lo covered in ice cream (nice!)
In Progress is definitely a very consistent album, with at least 6 songs AOR classics in the making, the others are simply very good!
Forget the recent Journey album, this is the best AOR album you will hear all year without a shadow of doubt. I’m that confident 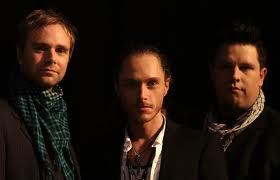 Tracklisting: The Rain; Nature Of The Game; Once Again; Never Love Again; Eye Of The Storm; Until You Believe; The Great Fall; Call On Me; Emelie; Fall Down; Castaway; One Step Away. Includes bonus videoclip: The Great Fall.