The Answer / The Union with support from Skam, Manchester Academy 2 13.3.12 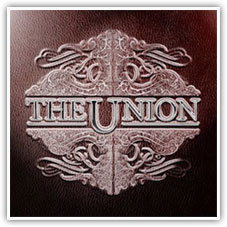 Despite having seen The Answer a few years ago supporting Alter Bridge a few years ago, I was highly expectant of this double header show, together with The Union, and for one review only  (The) Skam.

It was a gig that didn’t deliver by the spade load, it delivered by the TONNE. First band Skam were a mighty fine surprise indeed. Walking into the gig in the middle of their first song, I was hit by a wave of bass guitar and drums turned all the way past eleven. The power 3 piece from Leicester packed more punch into a 30 minute set than a lot of bands can muster in two hours. Bassist / Mentalist Matt Gilmore was an absolute star, rocking the Academy 2 crowd as if every gig he played was as big as Wembley, and he is one of 3 living musicians who still has a valid MySpace page. Guitarist/Vocalist Steve Hill, resplendent in his ‘Wyld Stallyns’ T Shirt, lead the line and delivered with great flair. Kudos as well goes to drummer Ray Peverill who beat seven colours of shite out of his kit. All of the songs caught showed great promise, nor more so than 'Massacre', 'Dead From The Waist Down' and 'No Lies'. Keep an eye out for these guys as they have the potential to do some damage, and to your ear drums!

The Union sauntered onto the stage to a fantastic rapturous applause. Despite a decent generation gap between Morley and Shoulder, you’d swear that this band has knocked years off Luke Morley’s age and you can sense the fun that all the guys are having. Billed as a double headline, The Union, despite the fan base that The Answer brings, have nothing to be afraid of. Their songs, although not in the same DC mould as The Answer, the blues/rock song writing that Shoulder/Morley bring is an absolute joy, and in Shoulder, The Union have one of the best singers I’ve heard in years. He is bloody fantastic! Opening with the powerful ‘Watch The River Flow’ they had the audience in the palm of their hands before the first chorus had even begun.

When Morley, Childs, and Shoulder weigh in with some harmonies on ‘Black Gold’, the end result is stunning. I wish more bands made use of their talents. The Union were here to push the new album ‘Sirens Song’ and what an album that is! ‘Blame it On Tupelo’ with soloing on guitar from Shoulder, and like Alter Bridge it’s an asset to have a vocalist who is a decent guitarist in his own right and the combination really gives the live songs some oomph. At the midpoint the audience nearly has a whip round for the guys as they were done by the pigs on the way to the gig.  New single ‘Obsession’, ‘Cut The Line’, ‘The Remedy’ and album title ‘Siren’s Song’ all kicked some serious butt.

It won’t be long before The Union are up to the size of gigs that Thunder used to play, if not bigger. Morley certain knows how to pick a singer, and in the case of Pete Shoulder, he’s got a bloke who is right at the top of his game.

The Answer, bang a slightly different drum. High octane rock n roll to be precise. Again like Pete Shoulder, The Answer has the utterly awesome Cormac Neeson. I was expecting The Answer to be playing the bigger Academy by this point in their career, but it’s better to play in a packed A2 that a half filled Academy 1.

How that voice comes from such a slight frame is anyone’s guess. Once he gets his groove on, Neeson resembles ‘Cousin It’ from the Addams Family! Hitting 60mph from a standing start, ‘New Day Rising’ from their latest album kicks off proceedings. ‘Under The Sky’ set the tone for the evening. With Paul Mahon’s blistering guitar work, a rock-solid rhythm section of bassist Micky Waters and drummer James Heatley in perfect partnership, the Academy 2 was almost levelled; such is the power and ferocity of playing from this quartet.

Again The Answer was here with a mix of both old and new songs. Despite a pretty cool back catalogue (‘Don’t Follow Me’, ‘Too Far Gone’) the new songs really stand out. ‘Vida (I Want You), a reworked and stripped down version of the new single ‘Nowhere Freeway’.

I always feel that if Neeson gave up his day job he could be a southern Baptist preacher. It’s an appropriate number that in ‘Preacher’ you really believe he could turn people to religion. Halfway through the song he jumped into the audience (wasn’t mobbed) and got everyone within a 5m radius (of which I was one) it sit down all around him. It was a really nice touch and was a great thing to be a part of. You can get away with stuff like this in Manchester.

The Answer finished their set with the majority of songs taken from ‘Revival’.  ‘Tornado’ lives up to its name as a live song, ‘One More Revival’ got everyone in the Academy 2 rocking their arses off. For an encore ‘Waste Your Tears’ was a fitting song to finish off the set and the audience.

For the full house that witnessed this rock n roll extravaganza, it will be talked about for many a year. The was one of the best gigs I will see all year, and it’s still only March