To quote Steve Overland ‘’I’ve had nothing but bad luck’’ these past couple of years when it comes to seeing my beloved Romeos Daughter. Their ‘Firefest’ appearance was missed due to a chronic chest infection, the gig at Winstanley College was just sold out for a small audience. So when I heard that Dare had been replaced by my wedding band, (not in person I might add) I wasn’t going to miss this opportunity for the world.

You see, me and RD go back a long way, all the way to their supporting FM on their Tough it Out Tour in ’89, and from that moment, I was hooked! 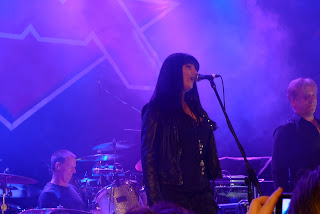 Romeo’s Daughter were in town to support FM and were in receipt of their new album ‘Rapture’ (review soon). Twenty years just passed immediately and I was taken back to the Tiv. I’m pleased to say that in that time, nothing has changed (apart from Craig’s lack of hat and hair! Sorry dude!). Leigh Matty is still as gorgeous as ever, and thankfully, Leigh’s voice has not faltered one little bit. Back this up with ‘Slim’ Whitman, Andy Welsford, the antics of Ed Poole and the golden pen/guitar of Craig Joiner, and it makes for one great (but too short) performance.

Romeos Daughter were here to rock and they were met by a fully appreciative and excited audience. Weighing in with 8 songs, 4 of which were taken from ‘Rapture’, and if the four on offer were anything to go by, Romeo’s Daughter have another great album on their hands. The new songs, ‘Trippin Out’, ‘Bittersweet’, ‘Lightning’ and ‘Keep Walking’ were as good as the classics I wanted and did hear this evening.  The latter two especially so. Mix these four with ‘Velvet Tongue’, ‘Attracted To The Animal’, the wonderful ‘Cry Myself To Sleep’, and ‘Wild Child’ (a song so good it was once covered by Heart), and it made for one fabulous evening.

Me? I couldn’t stop smiling, I was so happy to witness Romeo’s Daughter live again. I just hope they continue to stick around and get to play some headlining gigs of their own, as eight songs just wasn’t enough.

Still ‘Delectable’ after all these years! 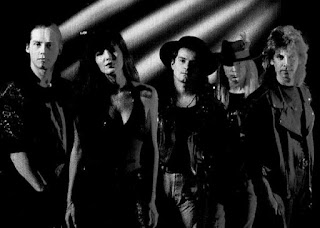