Firewind - Few Against Many 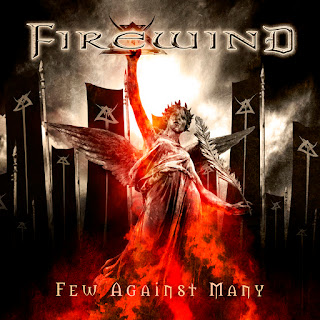 Now then rock fans (Shit! I went all Jimmy Saville for a minute then), we all know that the current EU economic climate is seeing Greece ‘on its arse’ financially. One band trying to singularly get Greece ‘Back In Black’ is Firewind. Based on the amount of people that saw them play the UK last year, it will prove to be a tall order, but on the balance of hearing Few Against Many, Firewind can give the Greek people some hope!

It’s been a busy few years for Firewind and their talismanic leader, guitarist Gus G. With the critically acclaimed “Days Of Defiance” record and subsequent world tour under their belts (as well as Gus’ arena-filled tour of the world as Ozzy Osbourne’s right hand man), the band headed straight back into the studio to begin work on what would become the band’s latest, and definitely their heaviest, album “Few Against Many”. 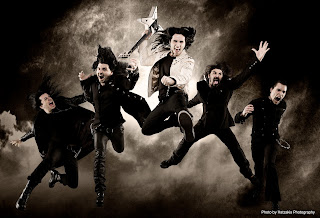 Firewind originally formed in Thessaloniki, Greece in 1998 but started in earnest after Gus moved to the United States and put out a demo. The demo was well received and Gus signed with Leviathan Records who put out the band’s first records, “Between Heaven And Hell” and “Burning Earth”. The band began touring the world, including a Japanese run and a worldwide deal with Century Media Records was soon signed.

The first album as part of that deal (“Forged By Fire”) further established the band but it was the follow up “Allegiance” that really put the band on the international map. Gus had finally found the right members (with the arrival of Time Requiem singer Apollo Papathanasio) and the subsequent two years of touring in support of “Allegiance” (opening for Dragonforce and All That Remains) saw the band hit three continents and clock up thousands of miles. The hard work paid off as both "Allegiance" and the acclaimed follow up "The Premonition" albums made it to the Top 10 in Greece and the "Mercenary Man" single became a Top 5 hit. "The Premonition" also charted in Japan, a territory that has majorly embraced and supported the band since their inception. 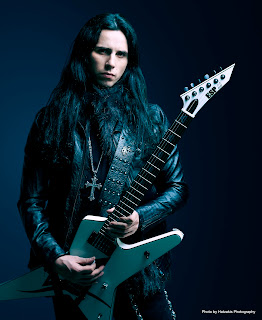 “Few Against Many” marks a clear next highlighting step forward in the band’s stellar career and showcases 10 extremely versatile and entertaining new songs, which amalgamate the undeniable musical chops of all the involved players with truly effective and always catchy song-writing, featuring of all the band’s trademarks.

Opening track ‘Wall Of Sound’ (the album’s first single) has a furious opening riff, one that will certainly blister the wallpaper in your living room and shows that Gus G’s soloing seems to have gone up a notch if that’s at all possible. Also vocalist Apollo Papathanasio has never sounded better. ‘Losing My Mind’s’ opening section has a slightest hint of Dream Theater thrown in for good measure. ‘Glorious’ is more classic rock oriented than everything else on the album, I half expect Klaus Meine to kick in with vocals. The other notable highlights are the strong and very aggressive album’s title track as well as the infectious and soaring chorus on ‘The Undying Fire’, and the atmospheric ‘Edge Of A Dream’, which features a special guest appearance from Finnish cello-masters Apocalyptica. Gus G’s playing on this album is exemplary. The reason, he’s not taken this time to guitar frippery and wankery and keeps his playing strong and within the confines of the songs. Couple this with Apollo’s very strong performance and some of the best Power Metal this side of the Acropolis, and “Few Against Many” is a monster of an album waiting to be unleashed upon the Metal masses. 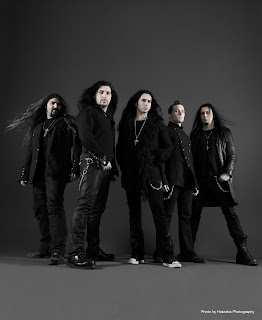 The first half of the album is definitely stronger than the second, but Firewind still have a strong album in ‘’Few Against Many’’. At just 45 mins and a mere 10 tracks, Firewind have the flow nailed down. Just because a CD can hold 80 mins doesn’t mean you have to fill the thing. It’s the quality that counts. Without doubt ‘’Few Against Many’’ is the best Firewind album to date. Production quality is top notch.

I doubt if sales will cure the Greek economy, but Firewind are certainly out to put Greek culture on the map. Make sure you come out and support them on tour in September. I’ll be at MoHo in Manchester where you’ll get the chance to be within 6 feet of the guitar god that is Gus G. How often does that happen?