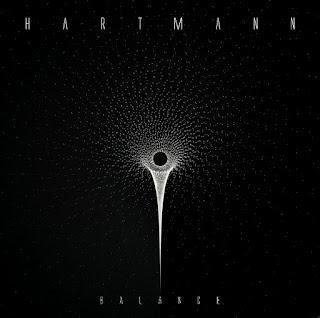 Oliver Hartmann first appeared on the international music scene during the late 90s as the front man of the Heavy Rock outfit AT VANCE. During his successful time with the band they recorded 4 albums and Oliver became an internationally well-known and highly respected singer. Since then his powerful voice has been heard on rock operas such as AVANTASIA, AINA and GENIUS and on many productions by international Rock acts like HAMMERFALL, EDGUY, HELLOWEEN, LUNATICA, RHAPSODY, SOUL SELLER and EMPTY TREMOR.

After leaving AT VANCE he started to focus more on the song-writing for his new band Hartmann. Frontiers Records signed them in 2004 and the first album ‘’Out In The Cold“  was released in 2005. The Hartmann debut was the positive surprise of the year for many people, it received rave reviews and was rated “Album Of The Month“ in many Rock magazines all over the world. Among the most notable achievements was being elected as “Debut Album Of The Year” on melodicrock.com, the song ‘’What If I“ becoming Song Of The Year and ‘’Into The Light“ coming in 2nd on the ‘’Ballad Of The Year“ poll of the same webzine.

2008 saw Oliver Hartmann touring as guitarist/singer for Tobias Sammet’s AVANTASIA, the internationally successful DVD / CD set “The Flying Opera” documents these live events. European shows with Hartmann as support for EDGUY followed in spring 2009. In late 2009 the next Hartmann studio album followed. With the aptly titled CD ‘’3“  the band again delivered the goods with songs of their unique brand of Melodic Rock with a modern twist, including the outstanding duet ‘’Brothers“ with EDGUY / AVANTASIA’s Tobias Sammet.

During the past two years, the band Hartmann played numerous shows as support of bands such as MOTHER’S FINEST, URIAH HEEP and Y&T and in January 2012 Oliver Hartmann joined the line-up for the very successful ROCK MEETS CLASSIC tour on vocals and guitars which I was desperate to see as the line up was stupendous. The concerts showcased the impressive cast of Rock legends by the likes of Ian Gillan/ DEEP PURPLE, Jimi Jamison/ SURVIVOR, Steve Lukather/ TOTO, Chris Thompson/ ex-MANFRED MANN’S EARTH BAND and Robin Beck. 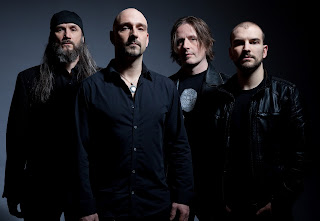 A few people slagged off ‘’3’’ but I myself thought it was a pretty good album. Well people, Hartmann, one of Germany’s finest musical exports has a new album out in June and I have to say that it’s as good as the excellent debut (Out In The Cold).  If anything Oliver Hartmann’s voice sounds bigger and better than anything I have heard previously.

Highlights include the irresistible mid-tempo opener “All My Life”, one of the catchiest and melodic songs he’s ever penned in his solo or past band life, and sets out his stall for the rest of the album. ‘’Fool For You’’ has a riff that Billy Duffy would be proud of and again has an instantly sing-able chorus. If Hartmann were a scientist he has found the formula for consistent AOR/melodic rock song-writing. ‘’After The Love Has Gone’’ is a moody mid paced ballad which again has its standard set to ‘Quality’.  “You Are The One”  is a song of pure pop/rock calibre and has ‘single’ written all over it. The first half of the album is absolutely superb and will have existing fans of Hartmann in an AOR orgasm. The second half the standard drops but still remains strong compared to other artists. The relaxed “Dance On The Wire”, for some reason blatanly steals the opening riff from Skynyrd’s ‘’Sweet Home Alabama’’.  In addition to the original material, “Balance” includes a cover version of the Tears For Fears smash “Shout”. Not the first time this song has been covered (Disturbed), and Hartmann’s version is not too far removed from the original, just heavier as you’d expect from a bloke of this calibre.

“Balance”was once again mixed by Sascha Paeth (Avantasia, Edguy, Epica, Kamelot) at Gate Studios, Wolfsburg, Germany and will be released on the 1st of June 2012 on the always excellent AVENUE OF ALLIES label.

For fans of Oliver Hartmann it’s a no-brainer, Balance will be lapped up. For others who have never dipped their toes in the Teutonic waters of Harmann’s albums, ‘’Balance ‘’ is a great place to start.

Record Label: Avenue of Allies
Posted by aorwxm at 09:09