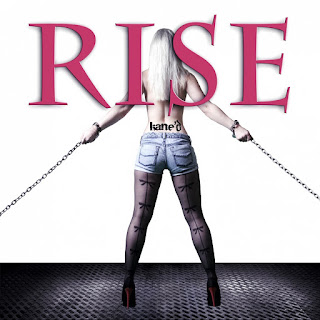 Anyone who has read most of my reviews may know that I have more than a soft spot for a female vocalist, from Benatar to Wilson and quite a few in between. At the recent HRH AOR festival at Hafan Y Mor, Nr Pwllheli, Kane’d were one such band with a female singer or so I thought…. On closer inspection, make that three female singers, and in this instance all of them sisters.

At first I thought I was watching Earth Wind & Fire or Haggard or (insert band with 6+ members here_____). I was immediately taken with their sound as there was apparently nothing sonically that could be covered. I’m not usually in favour of reviewing albums that are already available as no-one really wants to read them, but I wanted to push this a little, even if just a handful of people go out of their way and seek them out. I’m that kind of guy.

Whilst they are not exactly AOR, Kane’d are more like melodic metal to be honest. Seeing as I’m concerned about where the headliners of the future are coming from, new and young bands need all the help they can get.

Kane’d hail all the way from Swansea, but don’t hold that against them. Whilst hot previously a hotbed of metal talent, Kane’d are about to lead the way, and based on ‘RISE’ I think they could definitely put Welsh metal back on the map especially after that singer that will never be talked about here…..

They are fronted by three sisters, Chez, Stacey and Steph. Back this up with Harry Scott Elliott (Guitar), Alex Rees (Bass), George Elliott (Drums). 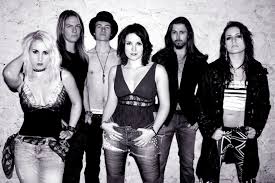 The opening bars of ‘Hero’ tease you toward something big, what with sounds like a child’s glockenspiel  occasionally ‘tinging’ in the background, and they do not disappoint as they explode into a cacophony of riffs, and frenetic drumming. To be honest, I can’t tell who is taking what lead here, only as Id like to give praise, but the big payoffs come with the harmonies, and the chorus just soars and knits the whole thing together. It’s a massive opener for them.

I defy anyone to listen to ‘La Di Da’ and not want to undertake a ‘Men In Black mind wipe’ after two days of hearing it.  Sounds negative? Wrong! ‘La Di Da’ is one of the most infectious songs I’ve ever heard. I found it completely embedded after 2 listens (it was pretty much settled in after one listen), but even a week down the line, I still find it coming back to me at regular intervals. It’s more of a heavy pop song, until Harry kicks in with a killer solo. It’s fantastic stuff.

‘Covered In Roses’ is another Kane’d anthem that has yet another killer chorus, and proves that whatever our Scandinavian counterparts can do, Kane’d can match them for bombastic effect. It’s as if Lizzy Hale, Kimberly Williams, and Kelly Clarkson got together for a secret tryst and Kane’d was the outcome. ‘Guilty Of Nothing’ proves to be yet another rousing anthem in the Kane’d songbook. ‘Love Her Madly’s’ dirty riff falls more in the genre of someone like Opeth or Dream Theater, but then is reigned back to a more melodic vibe, but with the girls taking control of the outcome. ‘Frozen’ is the kind of track that could easily be a hit on the radio. If it were the US market then, they would  be slavering over a band like this. The final song, and title track ‘Rise’ shows a little more of their gentler and vulnerable side, but is still beautifully constructed.

‘Rise’ is both short and sweet, weighing in at an un-hefty 36minutes. You don’t need albums lasting 75 minutes when you can make a hard hitting point in half the time and that’s what Kane’d have done here.  Whilst its not the first Van Halen album, Kane’d have an album that is a great listen, and shows exciting promise for the future.

Kane’d went down a storm at HRH AOR. Whilst I agree that they are not AOR, they are still one hell of a band worth anyone’s admission money. When you mix the Kane sisters vocal talent with the guitar playing of Harry Scott Elliott, then it makes for a great band in the making. Support British music other than the shite on BGT and The Voice, you know it makes sense!