Its that time of year again where lists are coming out of everyone's blog, website, twitter polls, etc etc etc

What I have here is a list of my favourite albums of 2017. One thing that I stand by is that all of these albums have been bought. Over 50% were from labels in stream format, but as I enjoyed them so much, they were purchased, with the remainder being bought without the request to review. 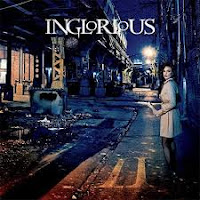 10. Inglorious - 'II'
I sware that someday soon, Nathan James and Inglorious (hopefully) will be a household name. They are building up momentum and I feel that their next album could be make or break for them. The big league is beckoning guys. Stand out songs are 'High Class Woman', 'Making Me Pay', 'I Dont need No Loving' and 'Taking the Blame'. If the next album (probably called 'III') can consistently match or pass these four songs then huge rewards await them. 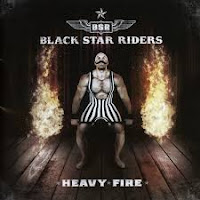 9. Black Star Riders - Heavy Fire
The guys have truly laid the Thin Lizzy jibes to rest. This third album which hit the heady heights of No 6 proves that there more in them than just a glorified tribute band. The first three songs alone are worth the fee alone. 'When The Night Comes In' is one of the anthems of the year. 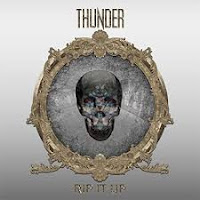 8. Thunder - Rip It Up
Considering a few years back I witnessed them on their farewell tour, Thunder have since gone from strength to strength. 'Wonder Days' was good, this on the other hand is great, and second only to their debut. 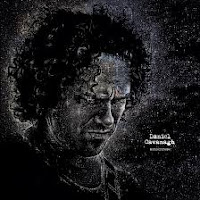 7. Daniel Cavanagh - Monochrome
Anathema have been around for donkeys, and its taken all this time for main man Daniel Cavanagh to bring out his first solo album. It's an album that is just delightful, emotional, deep and upbeat. He brings in one of his best mates Anneka Van Giersbergen on three tracks and in its entirety Monochrome is simply a beautiful album. 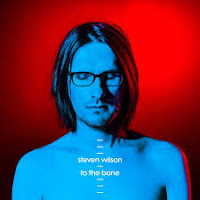 6.Steven Wilson - To The Bone
I don't think that there's many people as prolific as SW. When he's not remastering iconic bands back catalogues, he churns out music for fun. I just can't believe that this is only his fourth solo release. The Independent stated he was 'The most successful British musician most people have never heard of'. True, but those who know his work will follow him to the edges of the world. 'Permanating' is an Abba style song dedicated to his mum, there's the moody 'People Who Eat Darkness', and the wonderful duet with Ninet Tayeb, 'Pariah'. Brilliant stuff. 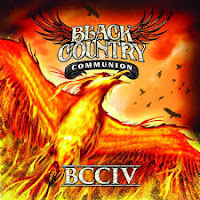 5. Black Country Communion - BCCIV
I never thought these guys would get back together after their Twitter spat a couple of years back. Last year Hughes made the best album since his Purple days and I was not exactly expecting another morsel out of BCC. Thankfully they did, and the result is one to weep over. 'Collide' is akin to Zep's 'Black Dog', and 'Over My Head' is a calling card to all the young guns that BCC are one of the bands to beat. Not bad for a combined age of 208! Bands don't make albums like this any more! Of course they do. Its only BCC though. 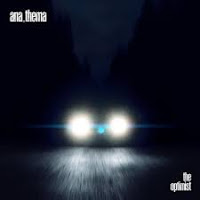 4. Anathema - The Optimist
Remember when Anathema were a Doom band? I do. Their breakthough for me came with 2010's 'We're Here Because We're Here', and since then they have gotten bigger and better which is something you cannot say of a lot of bands from the early 90s. I could run out of adjectives describing Anathema. So I will settle for just the one...beautiful. The following statement is easily banded about, but I really do believe Anathema deserve to be huge. Songs such as 'The Optimist', 'Springfield' and 'Back To The Start' are wonderful. 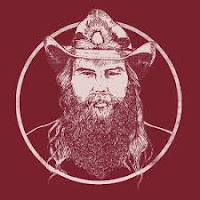 3. Chris Stapleton - From A Room - Vol 2 (and Vol 1) !!
If you haven't heard of Chris Stapleton before, stop reading, and check out the pipes on this fella. He is well known within country rock circles penning tunes for big hitters such as Luke Bryan and Darius Rucker, and songs of his have appeared on albums by Brad Paisley, Tim Mc Graw, Dierks Bentley and Adele. A master of his work he is bridging the gap between country and Southern Rock with ease. Along with his wife on songs like 'Millionaire' its pure ear candy. 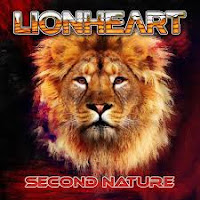 2. Lionheart - Second Nature
Lionheart have made a comeback of massive proportions. They came back for a festival appearance and it was that good, they thought they would write an album. In comes the 'go to' guy for vocals, one Lee Small, the Aldi version of Glenn Hughes (in a very good way. Lets face it, Glenn is Glenn). '30 Years' is instantly memorable, 'Angels With Dirty Faces' is melodic rock at its finest, and they even throw in a cover of 'Dont Pay The Ferryman'. I keep stating on reviews the past few years that Lee Small has eclipsed himself. He's done it yet again with Lionheart. 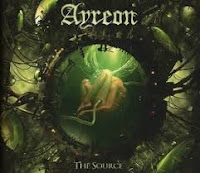 1. Ayreon - The Source
The brainchild of one Arjen Lucassen, Ayreon has been around for some 22 years now, building momentum with every passing release. He has an address book (or a blackmail book) to die for - Simone Simons, Floor Jansen, Tommy Karevik, Hansi Kürsh, Russell Allen, Tobias Sammet, and James LaBrie (and more!). It's a proggers wet dream I tell ya. The album that Dream Theater should have made instead of 'The Astonishing' one we got! Epic stuff from start to finish. I dont tend to follow the story (many will), but I just like a good foot tapper/headbanger/air guitar & drums kind of song. If you like the opening track, the rest is like feeding candy to a baby.