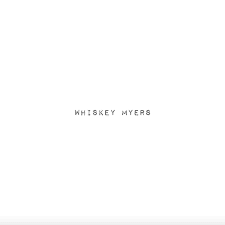 Whiskey Myers are about to release their fifth studio album, their self- produced, self-titled and set for release Friday 27th Sept.

“This was the first album be have produced on our own and its 100% authentically us, which is why we decided to self-title it ‘Whiskey Myers” says lead guitarist John Jeffers. “We’ve been fortunate in our careers to work with some incredible producers, but self-producing gave us the freedom to try out every crazy idea in the studio, which got us to this place where we are completely satisfied with the end result and more excited than ever to get this new music out to our fans”

My path first crossed theirs as a +1 when I went to see them support The Cadillac Three a few years back, and I took an immediate interest in their work. Their last album ‘Mud’ was a defining moment for them as far as I am concerned, and thankfully I am pleased to say that this upward trajectory continues with the “S/T” album. They have previously had three albums in the Country Chart in the US, but, to me, they have Southern Rock coursing through their veins and are THE band to take up the reins from Lynyrd Skynyrd.

Get your stomping boots out for opener “Die Rockin’” as its part preachin’ and totally bitchin’! I particularly like WM’s use of female backing vocals as it just elevates the song to a different level. “Mona Lisa” is a more melodic tune that is instantly likeable, and Jeffers' slide guitar shines. “Rolling Stone” does drop its anchor in Country territory, and highlights the fact they are equally happy with a more commercial sound and will be lapped up by CMTs fanbase. “Bitch” is a more up-tempo rocker, an of course there's a song about “Gasoline” which reminds me of bar-bands, sawdust and chicken wire, with a cracking 'wah-wah' geetar solo, and some fine wailing from Cody Cannon.

“Bury My Bones” is a southern as a possum eating a sweet potato pie. A slow number that shows their versatility and can mix it all up with the simplest of ease. “Glitter Ain’t Gold” has a pulsating backbone that will get your body moving in time with the beat, with Cannon wailing ‘I was raised by the wolves in the woods, not the streets’. A curious line, and one I’d like to know its meaning of. “Houston Country Sky” is one song I can clearly visualise at a country fair, and the lap steel guitar transports you right in the middle of the action. “Little More Money” and “California To Caroline” have a lilting, haunting guitar sound, and the minimal use of Hammond organ combined with lap steel guitar on Caroline sucks you in, wanting more and is just delightful. “Kentucky Gold” is a live kick-ass anthem if ever I heard one. A treasure trove of a song.

“Running” is the first song that hasn’t taken me on a musical journey. Its pleasant enough, but everything before is soooo much better. It picks up considerably towards the back end though, and makes up for its plodding majority. “Hammer” is all harmonica and pounding rhythm, and gets them back on track. Full credit to the harmonies, and gospel/blues style vocals. Marvellous.

I've made the comparison to Lynyrd Skynyrd at the top of this review, and its their final song “Bad Weather” that is the contender to be Whiskey Myers’s ‘Freebird’, both in stature and length! Cannon projects emotion in his vocals, and I see many a hardened biker wiping a tear as they sup their beer. The second half of the song sees the band take over and it’s all about the jam. It fades out at its peak, but you can imagine and feel that it’s only just beginning. A nailed down 100% cert for the live shows. Every note is being wrung out. It’s a belting way to finish off the album.

If you’ve been keeping count, it is fourteen songs of pure quality, that just slip by in an instant. Very few bands utilise female backing singers, but Whiskey Myers, as did Skynyrd, use these harmonies that elevate the songs to a different level. More bands should do it, and when done well, there’s nowt better.

In going it alone, Whiskey Myers could have come off the rails, but its been a sterling decision to self-produce. I didn’t think they could top ‘Mud’, but how wrong I was. The album cover is minimalistic, and the songs are anything but.

TC3 may get the plaudits from the faithful, but Whiskey Myers are the real deal.