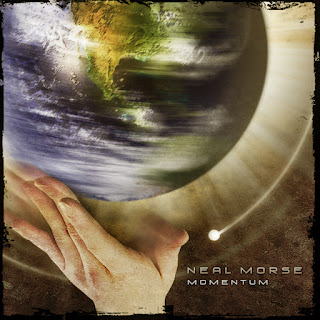 One thing about Neal Morse is that he has one of THE most distinguishable voices in music. Let’s face it; as much as I love Spock’s Beard, they have never been the same since he departed to find God all those years ago. And that leads me onto another thing. The past few years of Neal’s solo period have left me rather cold and dare I say it, bored with his music.

I suppose I’m a bit of a pretentious  and somewhat picky Neal Morse fan, only coming to life on the occasions when he’s teamed up with other luminaries for Transatlantic and more recently Flying Colours, as then the solo sounding Neal Morse has taken a back seat from his God bothering duties, and prised away from his calling to some more common prog style subjects

One things for certain, after just one listen of Momentum, Morse has produced an album of early era Spock’s Beard quality and finesse, and for me personally, has come up with his best solo album in over a decade. Keeping busy is what the likes of Morse and Portnoy do best. After a hectic 2011 that included the release and subsequent world tour of Testimony 2, and the release of the 5 disc set of Testimony 2 Live in L.A., what could Neal possibly do to follow that? “That’s about where I was in January of 2012; waiting and wondering what was next. Then, Mike (Portnoy) had an open window at the end of January so I booked him and Randy (George) to come to Nashville to record. But I had no album! Then, an explosion of creativity happened that far exceeded our expectations …” If there was anyone to make use of the Blues Bros comment ‘’We’re getting the band back together….we’re on a mission from God’’, it’s Morse! 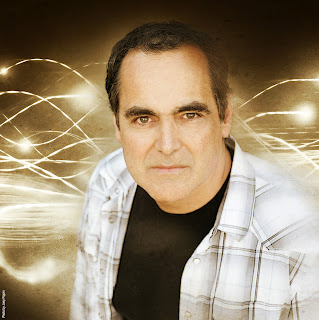 And, like I said, what an explosion of creativity, resulting in his best album for years! Joining the cast is the excellent guitarist Paul Gilbert, and an unknown Morse find in Brazilian guitarist Adson Sodre, along with members of Morse’s live band.

‘Momentum’ is a classic slice of melodic and is also one of the catchiest songs he’s penned in many a year. It’s probably more pop than prog to be honest, but one things for certain, it’s a great start. He sings ‘’you’ve got some new momentum, you better keep on going’’. And with momentum like this, the words ring true!

It’s not as in your face religion wise as previous (thankfully) and that may (should) get him back fans like me who may have deserted his solo work.’ Thoughts Part 5’ is a carry on from ‘Thoughts’ on Spock’s Beard’s ’96 classic ‘Beware of Darkness’. It included brief passages from  ‘Thoughts 1 & 2’, but how he’s jumped to Thoughts 5 is anyone’s guess. It mixes stylish instrumentation with the a capella vocals being sumptuously layered on with a ladle.
In true spirit of the genre one moment, Morse is rocking our world with the likes of ‘Weathering Sky’, the next, with ‘Freak’, sees Morse drawing on his love of the Beatles. So much so, that I half expect Lennon to chip in with some of the vocals. 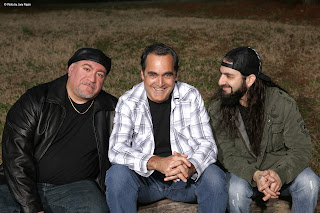 Channelling the prog spirit, Morse comes up with something that defines the prog rock ethos, and that’s a 33 minute epic. Epic in length and in composition.  Don’t let that trouble you at this stage; it’s broken down into 6 bite-size parts, the sum of the whole. He engages us with the typical sounding Spock’s Beard/Dream Theater-esque ‘Introduction’, and has a familiarity of his music that fans will just love. Whilst being camped within a ‘Morse typical sound’ the whole piece is engaging and thoughtfully laid out, and covers all aspects – classic, epic, grandiose, rocking, but 100% Neal Morse! The time of 33m39s just breezes by!

Compared to recent epic length albums, Momentum, at a little over an hour’s worth of music is the equivalent of a prog EP when compared to previous tomes of his work.

Yes there’s Morse’s religious subject matter on offer, but it’s not as blatant and up front as previous albums. If this is the future of his direction, then long may it continue. He has hit a rich vein of form with Momentum, which will stand up a being one of the cornerstones by which others will be judged by in 2012. Fans of the prog genre, ‘Momentum is an absolute joy’.