Where day one was a national holiday, and saw the venue ram packed, Day 2 (I suppose being a normal work day) saw a drop in numbers. Not many, but enough to notice.

First up for day 2 was Adrenaline Rush. Quite a few entered the hall to witness these young Swedish guns. Basically if you’re a hot blooded male (who isn’t at a rock gig?), then it’s hard not to be distracted by front-woman Tave Wanning. Absolutely gorgeous and also having the triple whammy of a.) Being able to sing, and b). Having excellent stage presence, c.)The being gorgeous bit. Day 2 takes off with a force of a hurricane. I find it amazing the Adrenaline Rush, who are basically kids, want to take up melodic rock, when there has to be other profitable avenues. Thankfully they did, and AOR will definitely gain from having AR in its line of sight. By the second song and their first single ‘Change’, you can tell that Tave has been to Serafino's 'rock school' as she pulls all the moves out of the rock handbook. 'No, No, No' definitely sees them paying more than a passing nod to Dokken (nice!). They even manage to fit in a decent cover of Rainbow's 'Long Live Rock And Roll' for their finale. Adrenaline Rush are destined for great things - I promise you! (7.5/10) 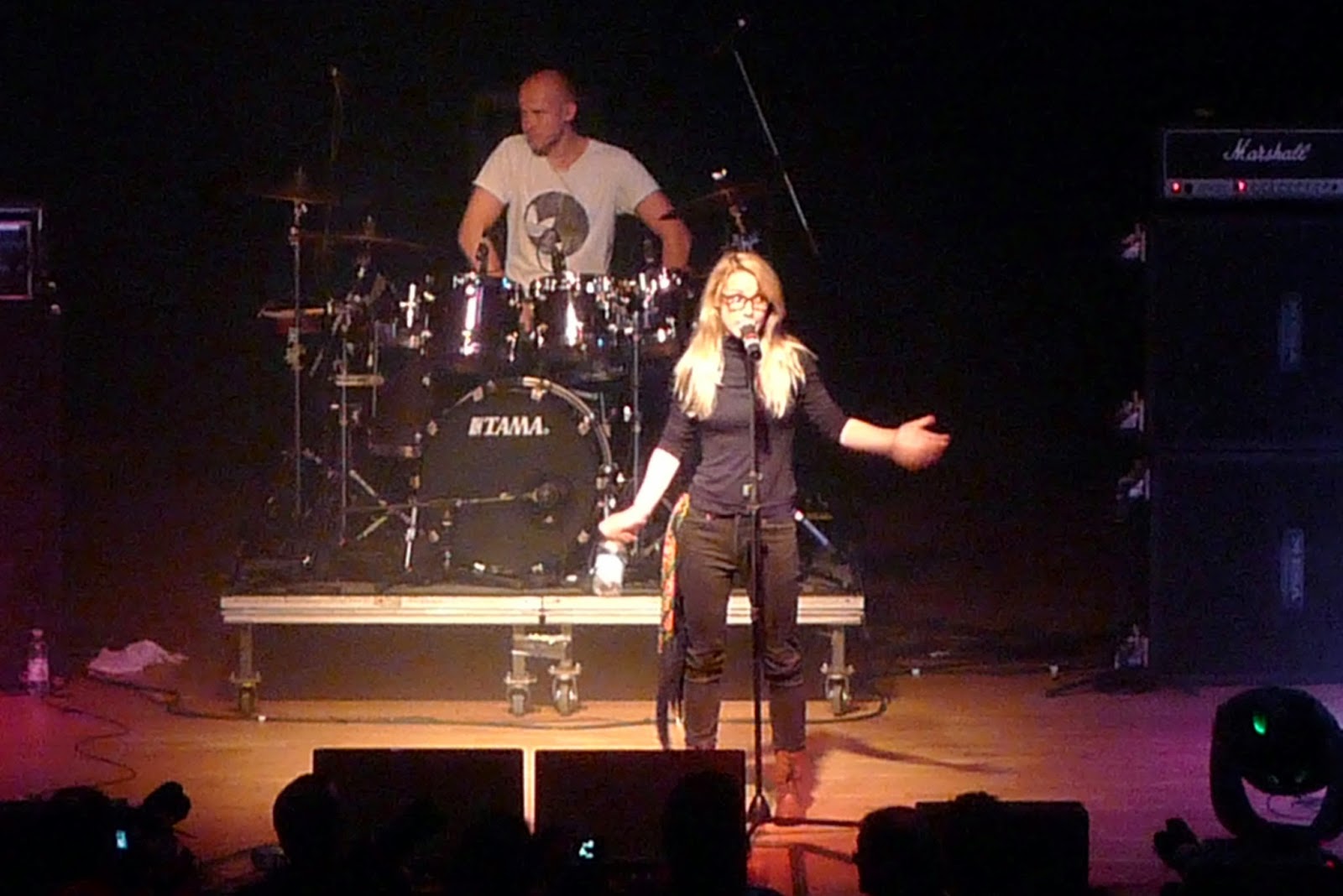 Now, whoever thought to put Moonland on after Adrenaline Rush was sorely mistaken. They are probably the first (and last) Estonian band to be on the bill. Whereas AR were all blood and thunder, Moonland were the rock equivalent of fluffy kittens. I like kittens, but to be fair, it was like watching a band who met in the corridor 5 mins before they were to go out on stage. Lenna Kuurmaa looked out of place, seemed to lack confidence (issues clearly with in ear monitors didnt help her cause), and struggled. Her voice was very good, nice and warm, but I feel that a few warm up gigs would have done them the world of good. 'I Cant Go On' bordered more on pop, and based on the gig, the title could have been a prophecy. By the time they got to ‘Another Day In Paradise’, Moonland just about hit their stride. It was a bit harder and edgier than the rest of the songs. I’ll give them the benefit of the doubt and await the album (5/10)

L.R.S. (LaVerdi, Ramos, Shotton) were here to kick start the day’s proceedings. This was also their 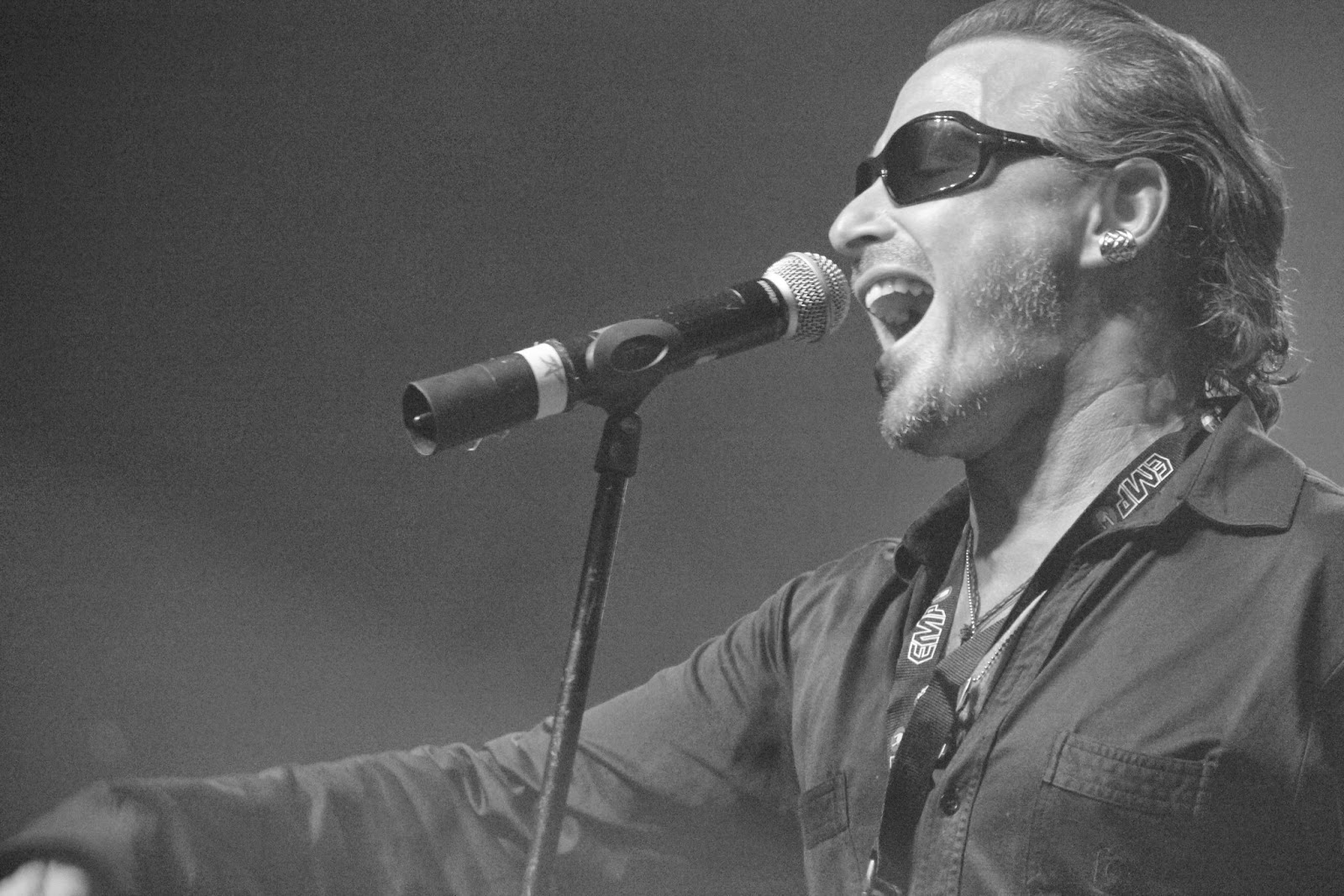 first ever gig. Moonland –That’s what happens when you get seasoned professionals together - they just know how to put on a performance, and was 100% improvement on Moonland, all this before a single note was sung by Laverdi. Here is a bloke who was definitely glad to be here. In his excitement he forgot to put his shoes on!!! ‘Walk Away’ was just like listening to Journey, and that’s a big complement. After 27 years away from rock music TLV (despite working constantly) has really looked after his voice. Having Alessandro Del Vecchio on board really makes a difference, as the harmonies from him and Shotton on ‘Universal’ were just excellent. The Storm's ‘I’ve Got A Lot To Learn About Love’ is up next. It doesn’t matter if LaVerdi doesn’t know all the words, he seems to be enjoying the experience like a fanboy! Shotton takes the mic for Von Grooves 'Once Is Not Enough', before levelling the place with 21 Guns' 'Knee Deep'. If ever there was a masterclass in having a limited time and hitting you right between the eyes, then this was it. I only hope I get the opportunity to see them again (8.5/10) 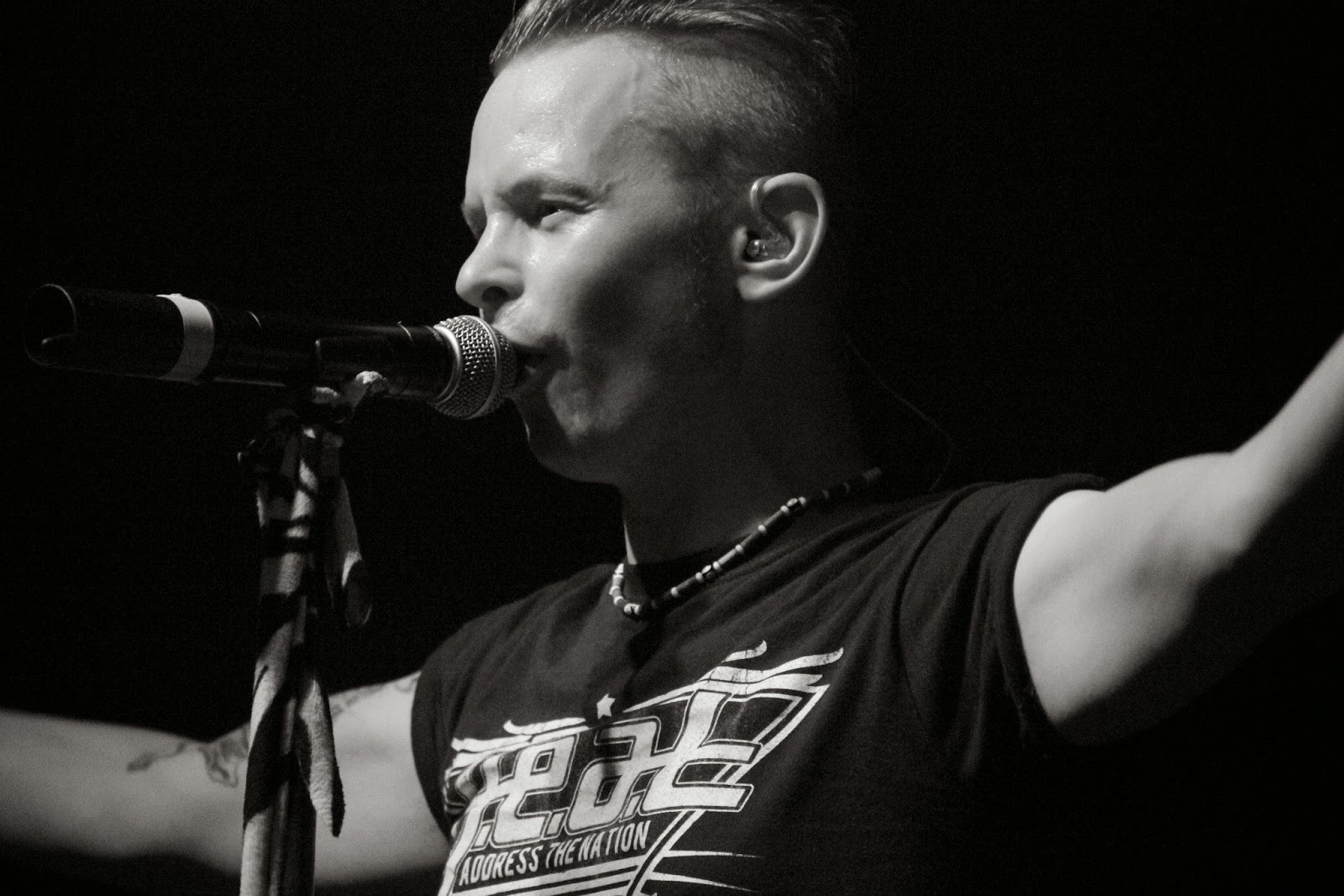 Pretty much everything up until now and what is to proceed follows a similar melodic path. Eclipse on the other hand go for the Spinal Tap route. What I mean by this is, one louder, one heavier, and one metal-er. Their heritage is there for all to see, but they have chosen a slightly different path than the rest, and their entrance livens up the audience. Let’s face it, after Moonland anything different is welcome, and Eclipse feed off the good vive that was left behind from LRS. As a part of W.E.T., Erik Martensson takes a side role, but with Eclipse it’s definitely the chance to show off his energy and vocal talent. It’s a very animated performance - swinging his mic stand like a flag, and even a dodgy performing mic didn’t affect his performance. As a four piece they have all the bases covered, it’s a very accomplished and sonic performance. Their set is heavily weighted towards ‘Bleed & Scream’, and quite rightly so. ‘Battlegrounds’ has this Thin Lizzy ‘Black Rose’ vibe, ‘A Bitter Taste’ has some exemplary soloing from Magnus Henriksson. Erik Martensson has quite a bluesy tone to his voice, and definitely channels his inner David Coverdale/Whitesnake for ‘Bleed & Scream’, and have proven that they have come a long way since their UK performance at Firefest (other festivals are available). Finishing with ‘Breaking My Heart Again’, not only does it sounds like a Whitesnake song, but it’s a song that Whitesnake have been trying to write for years, without success. Eclipse will take some Eclipsing! (8.5/10) 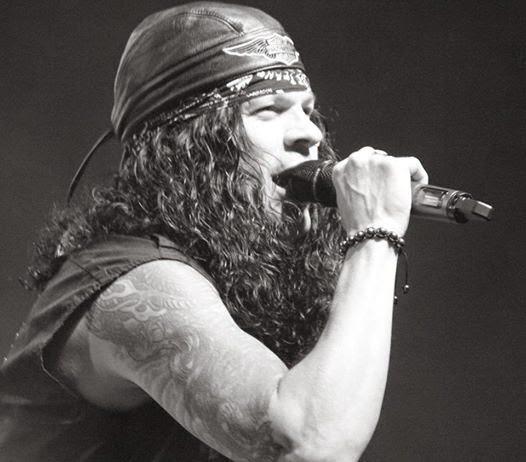 Red Dragon Cartel are a bit of an unknown entity to me. Little time familiarising myself with their music makes it difficult to get a good grip on the set, apart from the non-Red Dragon Cartel songs that will come up in their set. I personally think the sound is poor, Darren James Smith makes himself difficult to hear clearly. Perhaps down to our position in the venue? That said, every bugger else sounded as clear as crystal. Despite having a new album, only four out of the eleven songs today are from the debut. Like Snakecharmer the day before the audience want to hear former bands in Ozzy and Badlands. The crowd livens up when Jake E Lee’s other bands have been represented -  opener ‘The Ultimate Sin’, and closer ‘Bark at The Moon’ get the greatest shouts, but for me it’s the Badlands tracks that make the biggest impression. DJ Smith handles Ray Gillen’s vocals really well, especially on the extended ‘Rumblin Train’ with Lee wringing the neck and every note out of his Strat. Also ‘Shine On’ and ‘High Wire’ are well represented. Despite Jake E Lee living on his past success (most of which happened 25 years ago), I expected a little bit more (6/10) 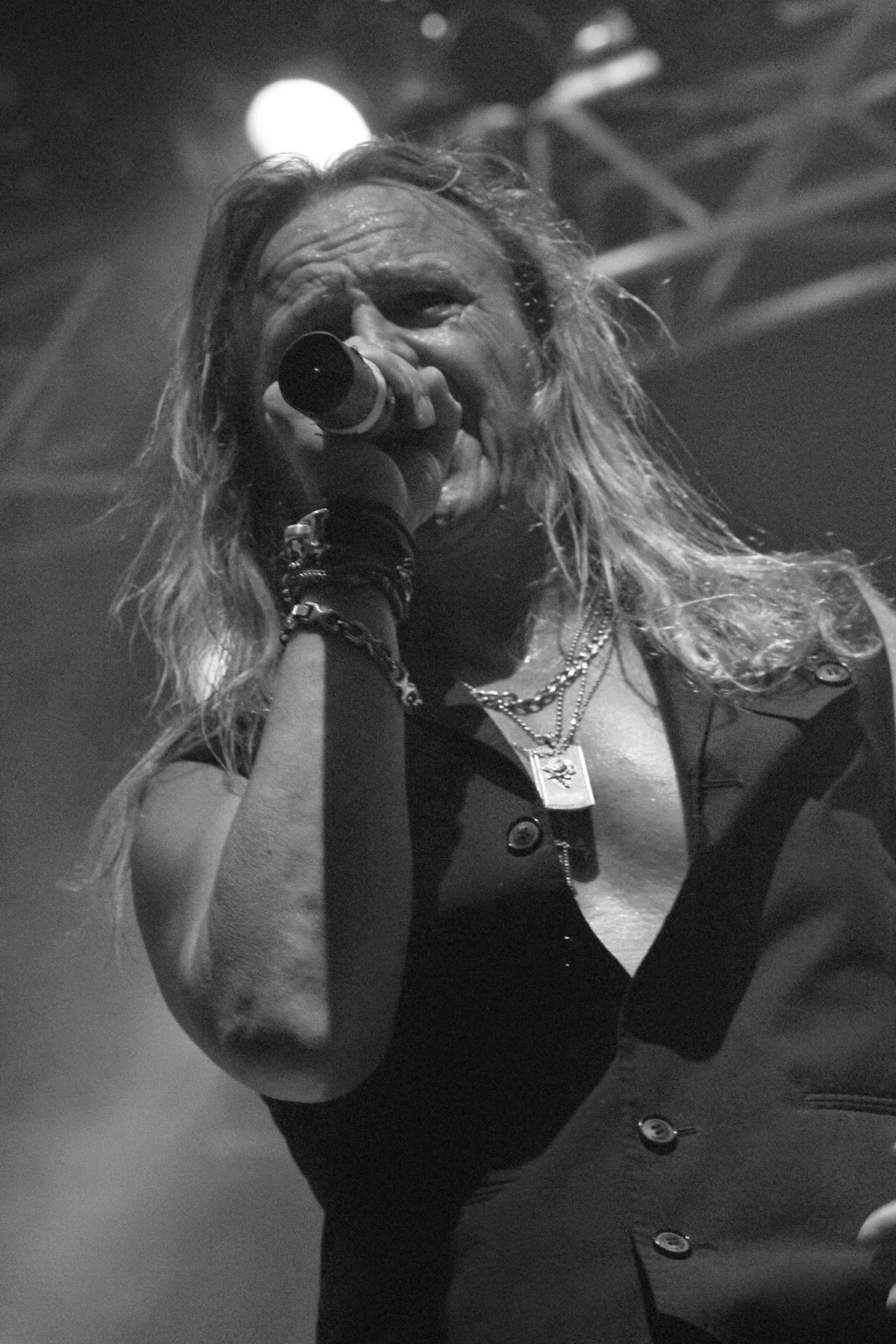 Pretty Maids are one of the few bands over the whole weekend that have kept going and never been tempted to have a break. The band revolves round guitarist Ken Hammer, and singer Ronnie Atkins. Out of all the bands appearing Pretty Maids certainly went for the look out of all the bands over the course of the three days. All went for full on stage gear, and drummer Allan Tschicaja had the biggest ego/drum riser of them all. The Danes open up with the powerful ‘Mother Of All Lies’, and its more Power Metal than AOR, and it’s a pretty damn good start. After 2 days of revelling, it’s time for a break as Im certain Ronnie’s singing ‘I See Goats!’ Of all the audience prior to today, the Maids have the most number of T-shirts on show. ‘My Soul To Take’ from the new Frontiers album borders more on pop than rock, but fits in with the established stuff. ‘Please Don’t Leave Me’, a John Sykes cover is a highlight of the set for me especially (as a non-fan) that it’s a song I never new was a hit for Pretty Maids. The biggest cheer is towards the latter part of the set for ‘Back To Back’, ‘Red Hot And Heavy‘ and the closer @future World’ Again’. After this gig the guys are staying in the same hotel- from the back of the hall you couldn’t tell, but close up these guys ain't exactly pretty!! (8/10) 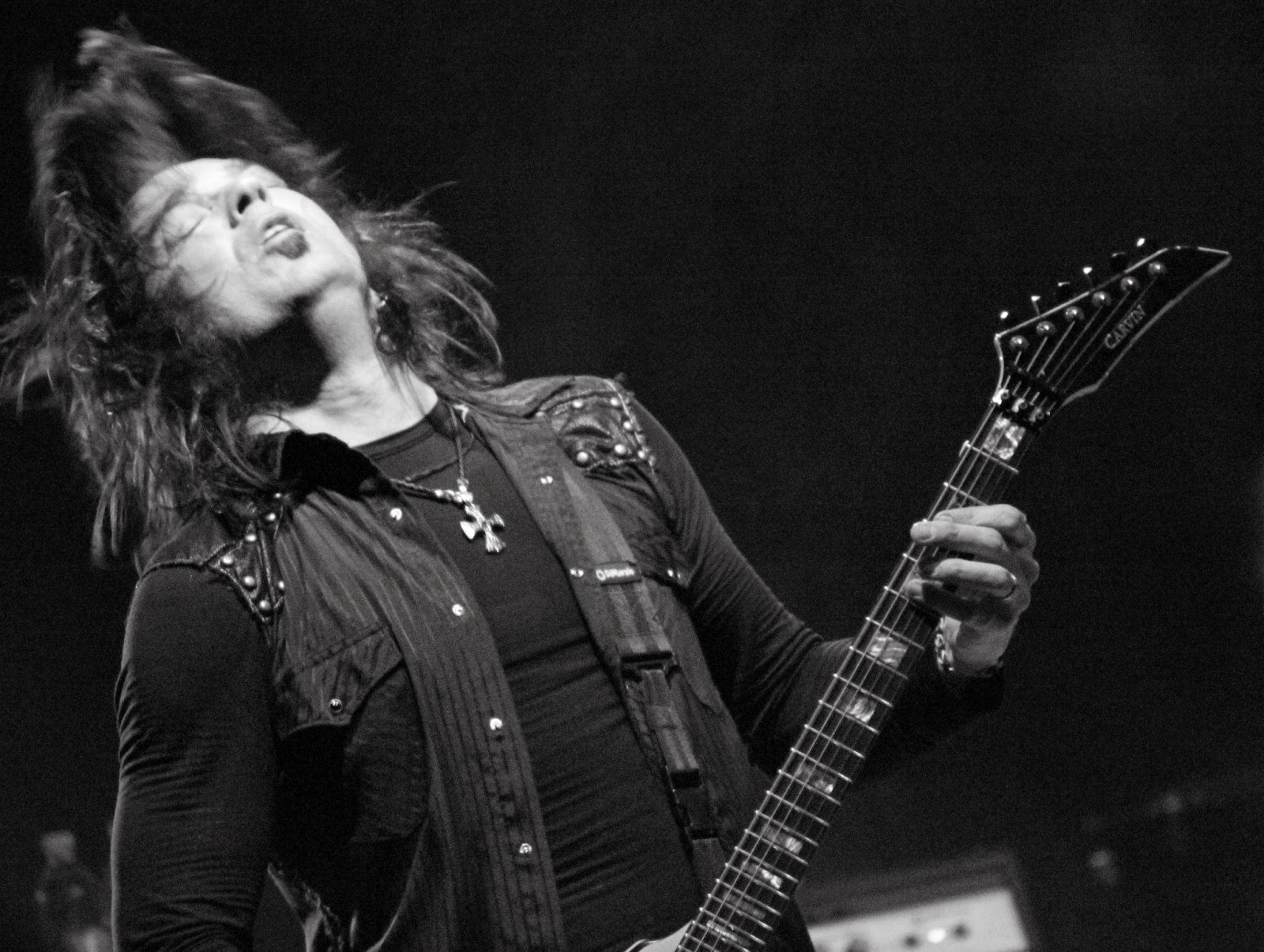 Stryper for me where the whole reason for attending Frontiers Festival. A fan from the beginning, this what my first ever Stryper gig. They had a lot of expectation to meet, and I’m happy to say that they delivered. Seen by some as a bit of a joke, Stryper have a great formula - great front man - check; great songs - check; harmonies - double check! Once the bands intro comes on "Battle Hymn" it suddenly becomes a religious experience and I WANT A BIBLE! Stryper are as tight as a nut. Opening up with ‘Sing Along Song’, it’s more of an invitation than a title, as the crowd all join in for the chorus, even the naysayers! When they play ‘Calling On You’, the harmonies are off the Richter scale. The songs off the new album fit well with the old, they are much heavier than anything they have done before which for me is a great plus. These are hard songs to sing, and Sweet keeps within a range that’s comfortable but still proves he's one of the best singers in rock. His guitar playing is not shabby either! Even a death metal riff prevails with ‘Marching Into Battle’. Stryper then head into a couple of covers, Priests ‘Breaking The Law’, and a belting version of Kiss' ‘Shout It Out Loud’ which probably hasn't been sung this good 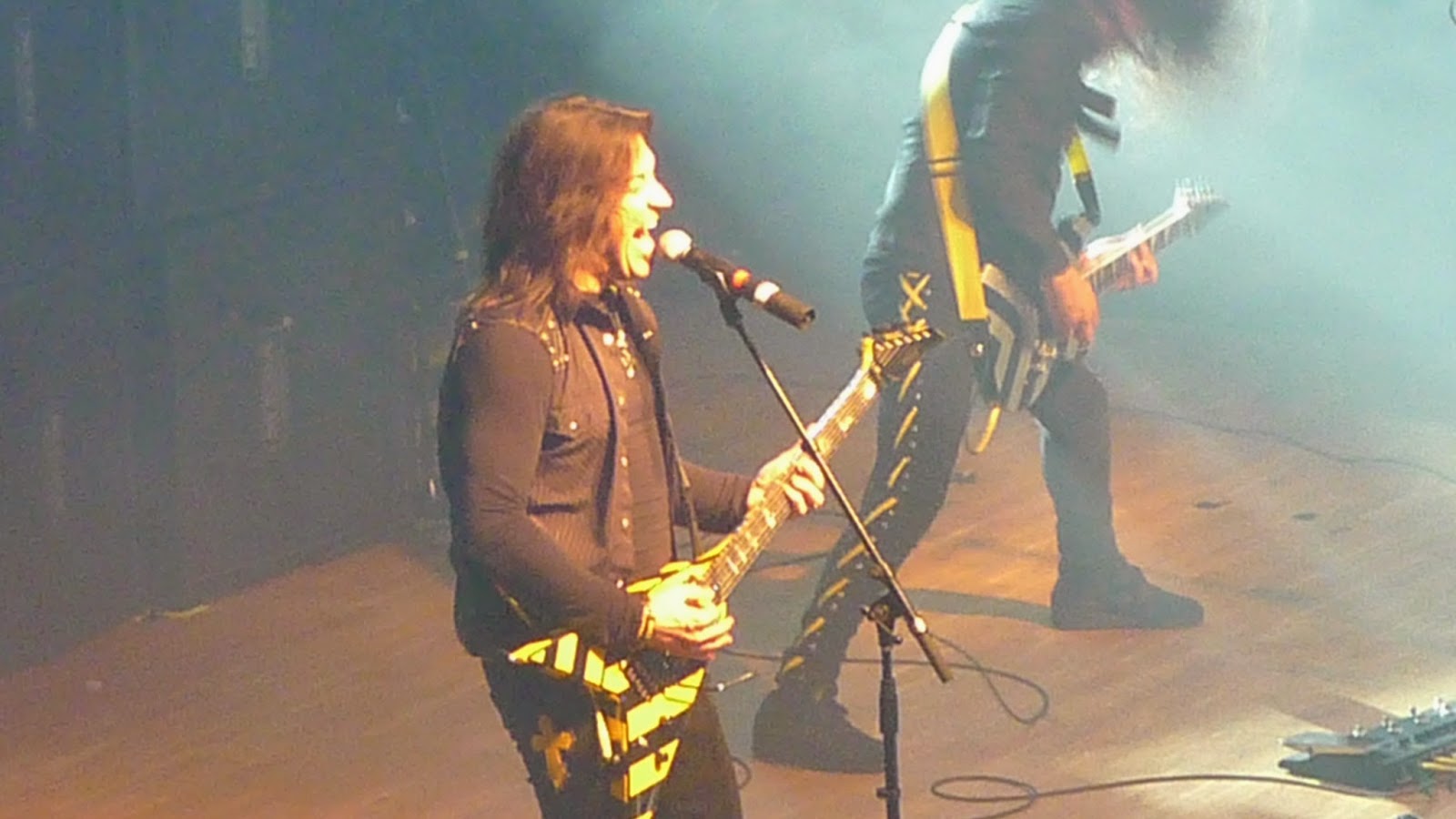 for a number of years. It’s a no frills set up on stage. None of the yellow and black set, only a few small examples now exist on their stage clothing. The only thing (apart from the guitars) that’s still yellow is Robert Sweets hair. Thankfully there were no solo spots, just Stryper pulling out the shots. Like Jake Blues, at the end of the gig I am converted and I have seen the light. Hallelujah! Best band of the festival so far (9/10)


Pics courtesy of Sam Compton
Posted by aorwxm at 13:50