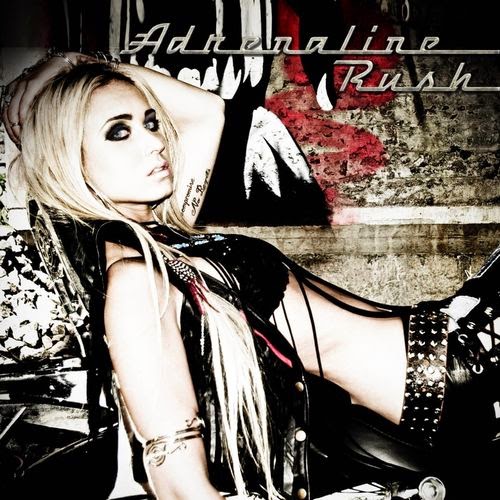 Back in May at the inaugural Frontiers Festival in Milan, Adrenaline Rush, and Tåve Wanning in particular certainly made a great first impression. A young, and very good looking girl with a decent voice surrounded by some young and hungry guys pulling the strings. Its a decent match for both parties that is, as a whole, Adrenaline Rush

This debut album was recorded and written under the direction of producer Erik Mårtensson (Eclipse, W.E.T). The production sounds thoroughly modern yet keeps the spirit of the 1980´s alive, with the record likely to appeal to fans of bands such as Danger Danger, Vixen, Dokken, Warrant, Treat etc

“We want to entertain and be the soundtrack of the party - it’s all about foot-stomping, head-banging tracks that make you want to get up and dance and drive your car much too fast. My favourite track other than the single ‘Change’ is ‘Playin’ to Win’, it always gets me in a good mood. Making this record with Erik was a wild ride and I hope you will ENJOY THE RUSH!” – Tåve. 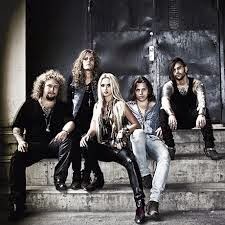 Frontiers / Adrenaline Rush certainly selected the correct song to pick as first choice for a single as its the stand out song on the debut album. A fast paced, energetic and frenetic number which ticks the right boxes - decent riff and a great chorus. Hot on the heels of the quality of 'Change is opener “Black and Blue” a modern day anthem with great structure and layered vocals adding to the experience for the listener. After Generation Left Behind the quality from here on in waivers a little; and songs like ‘Girls Gone Wild’, ‘Hit You Like A Rock’, and ‘Want It All’ are easily forgotten. ‘Oh Yeah’ definitely takes more than a passing resemblance to Leppard circa Hysteria era, and ‘Playing To Win’ has a folky, Thin Lizzy vibe to it.

I get the feeling that a fair few of the song titles are coming from the "iSpy bumper book of rock cliches /random title generator". Now theres nothing wrong with this as, lets face it, its hard not to replicate something from the past that hasn’t already been written. Take some examples from the afore mentioned iSpy book (Vol 5 Scandi edition) – ‘Generation Left Behind’, ‘Want It All’, ‘Too Young To Die’ and ‘Hit You Like A Rock.’

I have great admiration for a set of young guns that not only want to play, but are influenced by bands like Dokken, White Lion, Danger Danger from the 80s, especially as there are other and lets face it, probably easier ways of making your way in the music industry

Despite the hit and miss nature of their debut, theres a lot of to look forward to in the future and makes for a promising debut

Tracklisting –
Black And Blue
Change
Generation Left Behind
Girls Gone Wild
When We’re Gone
Want It All
Too Young To Doe
Oh Yeah!
No No No
Playin’ To Win
Hit You Like A Rock