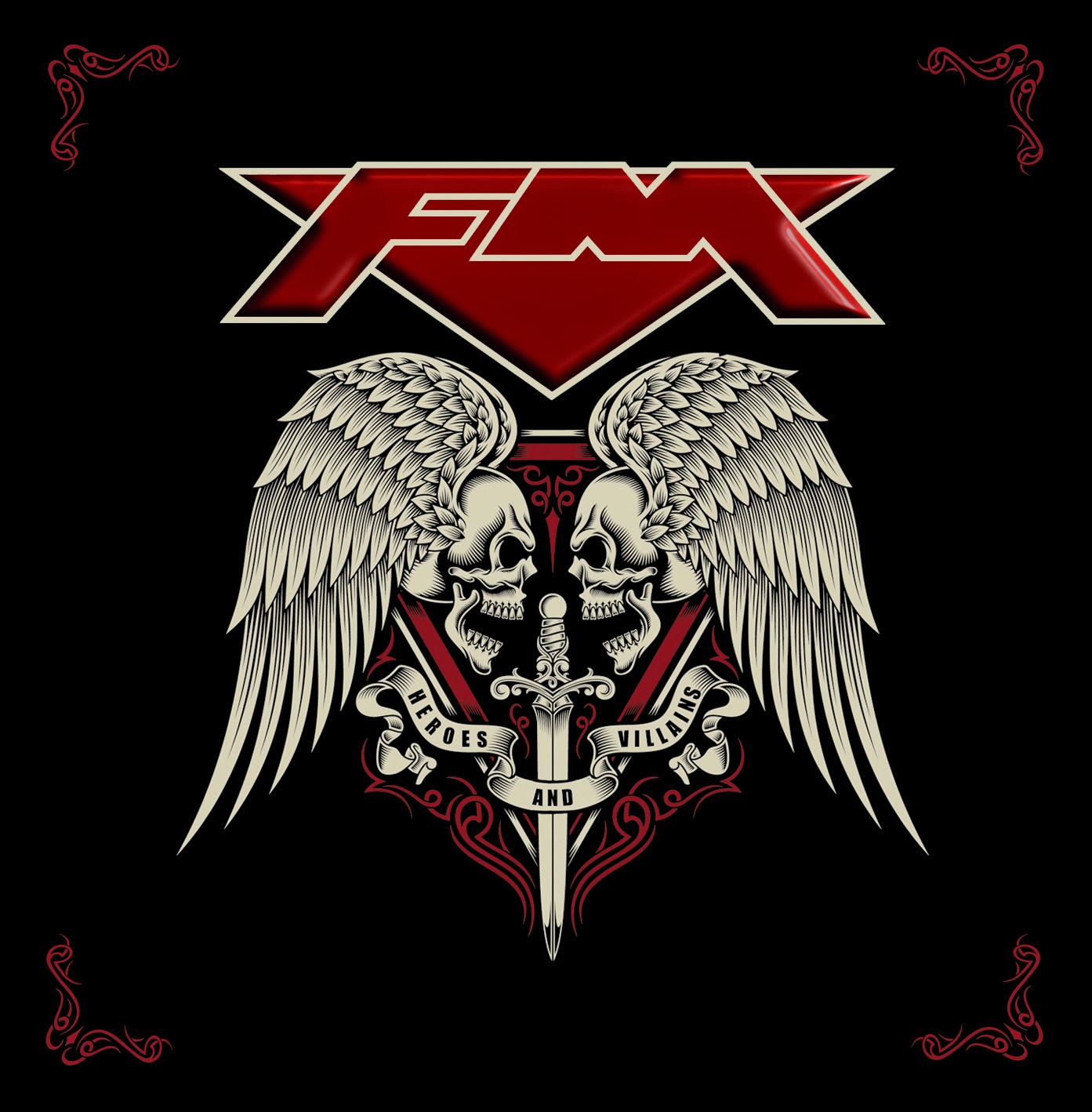 Now…anyone who personally knows me, or anyone who has read this blog the past 4 years will know that I hold a certain affection towards one of Britain’s finest (and disappointingly for both me and possibly them) unsung rock bands….the mighty FM. I’ve probably banged on about them more time than Pete Jupp has banged his own drum FFS, so an unbiased and thought provoking review is probably out of the question.

If you are an FM fan like myself, then the most likely titled ‘take the money and run’ headline set at Firefest in 2007, was to be one last chance to see this band in action. Feelings and love for a band don’t die away, especially when FM’s absence felt like it was 12 days since they last played, never mind the actual 12 years. This is down to a few things; great people, great musicians, and above all else, a truly great singer.

Thankfully for us and for them, they decided to stick around. The last 8 years has seen them at their most productive, prolific and in some ways their best. Nothing will ever really top ‘Indiscreet’, but with the current and most stable line up to date they are still making their mark on the British rock scene, and thoroughly deserve to be sticking around for the long haul. 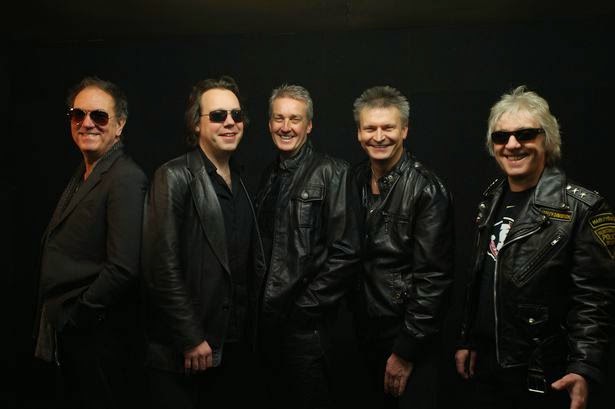 The first thing that hits you is the fact that right from the off 'Digging Up The Dirt' sets out its stall as being a rather heavy affair. From the big guitar opening, Overland steps up to the mic and his bluesy tone delights. Couple this with the now FM trademarked ‘5 part harmonies‘™ and it's an uplifting experience. 'You’re The Best Thing About Me’ is a song close to a US radio playlist (sponsored by Elnett) as you’re likely to get. How US success eluded FM is one of life's big mysteries. That said, their loss is happily our gain. ‘Life Is A Highway takes me back to an 80s powerplay on BBC2s ‘No Limits’ and is a fantastic slice of American Rock. It beats the US competition at their own game. Think VH crossed with Summertime Girls! ‘Fire and Rain’ not only sounds like the title of a Bad Company song, it actually sounds like one also. ‘Incredible’ sees the lads enter ‘ballad mode’ for the first time and it’s pretty decent stuff, but with the FM chorus rising it upwards above the rest of the bands who try to copy them. I'm sure Overland sings this stuff in his sleep! 'Call On Me' thankfully sees the up pace returned for this mid paced tune. 'Cold Hearted' has been with us for a bit now (‘twas on the 2014 EP Futurama) and sees them play to their better heavier and funkier side similar to Aphrodisiac era FM.

Another rock radio sounding belter akin to The Cars, or J Geils Band follows in ‘Shape I’m In’. Jem Davies’ organ (Oo-er!) comes to the fore for 'Big Brother,' and is hopefully inspired by the book and not the shite C5 TV show! Yet again, it's another damn catchy chorus that sticks like conjoined twins! Cliché alert ahead! ‘Somedays I Only Wanna Rock And Roll’ is FMs Ronseal song on Heroes… Some bands may be criticized, but Overland’s voice gives it a big plus and stops it from being a filler. ‘I Want You’ sees FM channel the Robert Palmer school of rock and has an infectious middle section. Finally ‘Walking With Angels’ will become a song for dearly departed lovers I suspect and is one of FMs finest ballads to date. Few people can get away with such a song, but if your surname begins with an ‘O’ and ends in ‘verland’ you can pretty much do what you want to do!

As I said earlier, its not ‘Indiscreet,’ and not much will ever be as good as this classic. That said, FM have produced the finest album since their comeback, and it probably sits close behind ‘Tough It Out’ in 3rd place, and that my friends, is not a bloody bad place to be.

Catch FM on tour in March! See dates listed below 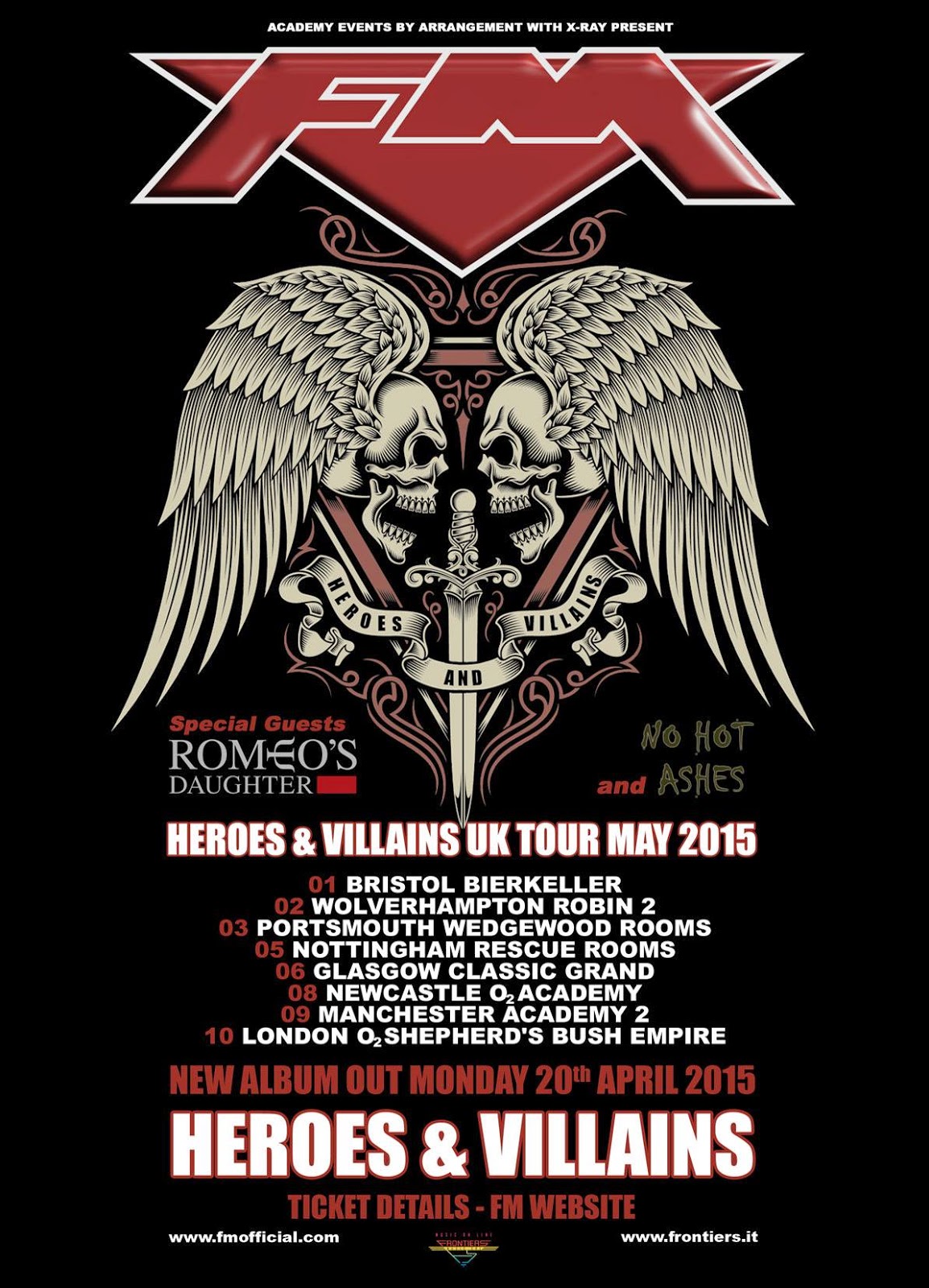