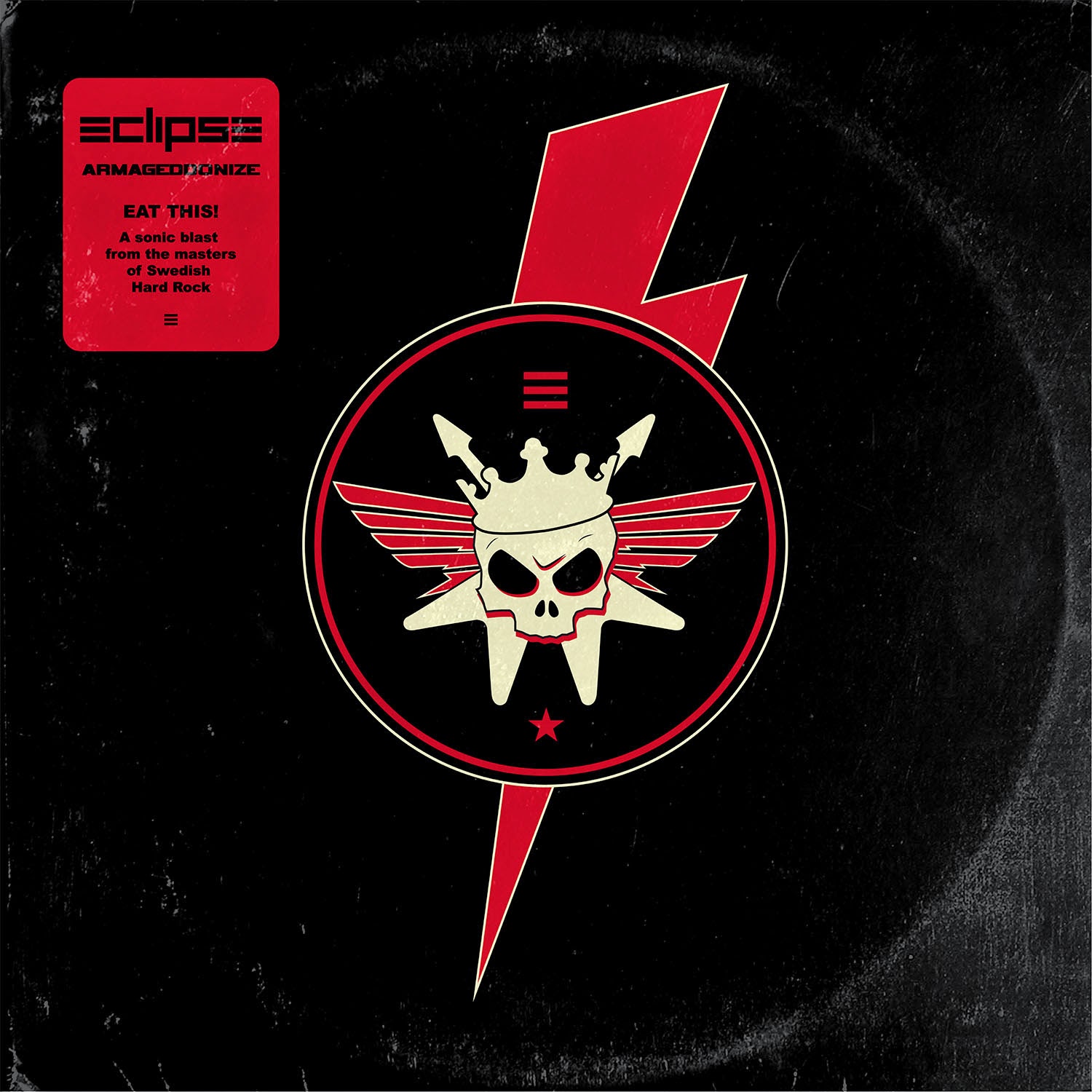 There a little known group of people, lets call them a tribe of infinite wisdom and excellent all round good taste, who prowl around the world virtually unknown as an ethnic group. Apart from an offshoot faction in the US that still think its 1986, the Euro section is a much more underground affair. These are the people who avidly follow Melodic Rock/AOR/Hair Metal and their high priest is an Italian Doge by the name of Serafino Perugino.

The said tribe is loyal, faithful, and generally a supporting bunch. Think Mormons only without the giving away part of your salary to your fellow followers. That said, the modern movement is a bit thin on the ground for top quality. Where is the next generation of bands that could fill a decent size club, never mind a theatre or an arena? Ill tell ya where….at the top of the bunch are 2 Swedish bands vying for that position of the alpha band. In the red corner there is H.E.A.T., and in the blue corner, Eclipse. Last year HEAT (for me) had the best melodic rock album of 2014, so can Eclipse dominate the genre with Armageddonize in 2015? ABSO-LUCKING-FUTELY!

For anyone who has missed the band that used to called Whitesnake in their money making prime (c.1987) then Eclipse fill that gap perfectly. Not only that, they have one of the finest, singer/ songwriter / producers out there today. The driving force being Erik Mårtensson and his partner in crime Magnus Henriksson. At least with Mårtensson, his songs don’t just revolve around his cock! 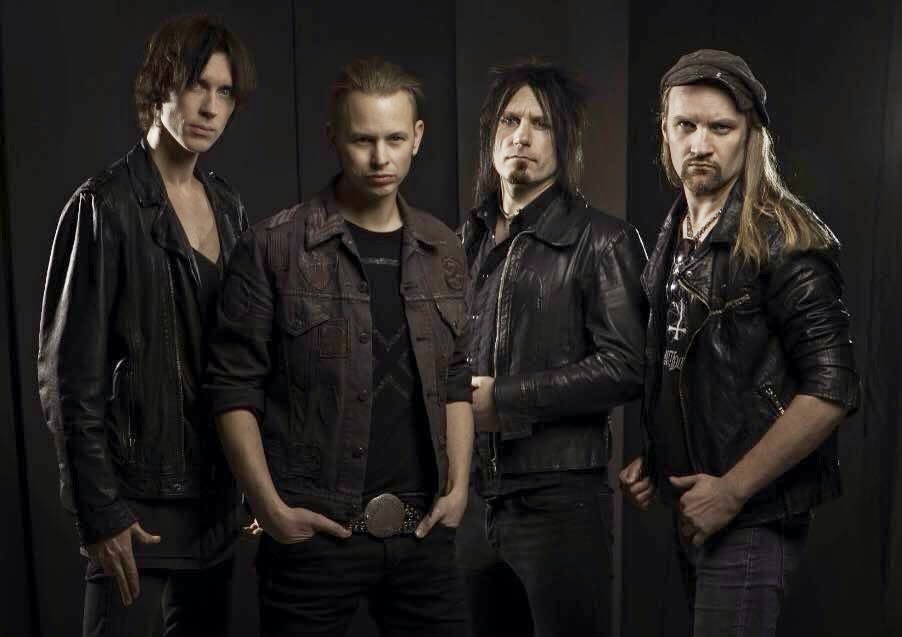 ‘I Don’t Wanna Say I’m Sorry’ it like spilling a beer on a Geordie. It stands up, punches you in the face and definitely doesn’t say he is sorry! It has its statement set for this song and the rest of the album; ridiculously and immediately catchy with great hooks. ’Stand On You Feet’ is another slice of annoying greatness. Believe me when I say that this album takes just one listen to become instantly memorable. The Storm follows the same formula. Get past the acoustic opening and BOOM! The chorus is right there in your frontal lobe for the day. Everything so far has been great, and then comes ‘Blood Enemies’. It shows Eclipse at their heaviest and is one of the best on the album. It’s like a ‘battle’ song that Eclipse do ever so well. ‘Wide Open’ is what it does do your head. It blows the fucker….wide open! Magnus’ guitar, Erik’s vox and THAT chorus = utmärkt! The frenetic pace is broken up with the huge ballad, ‘Live Like I’m Dying’. Starting slow, then building up to a crescendo. If something is worth doing, its worth doing it BIG.

I guess a lot of people will make similarities of Breakdown with Blue Murder’s Jelly Roll. Just the opening, but it is startlingly similar. You half expect John Sykes to kick in with the vocals. Love Bites seed Mårtensson channel his inner Coverdale with an opening sound of a trouser zip being pulled. It’s a fast tempo upbeat rocker. I’m not doing the songs I am missing an injustice, its just that you don’t have to write about every single song. So to the final track ‘All Died Young’. Its 100mph/160kph (if you’re Swedish) fast and furious way to finish proceedings, and rounds it all off perfectly.

Armageddonize sees Eclipse eclipsing not only their past, but also the competition. USA take note, whatever you think you can do; Sweden, and Eclipse in the main, are certainly doing it better.

Catch them on tour in the UK very soon. If I were them, Id play the whole bloody lot. 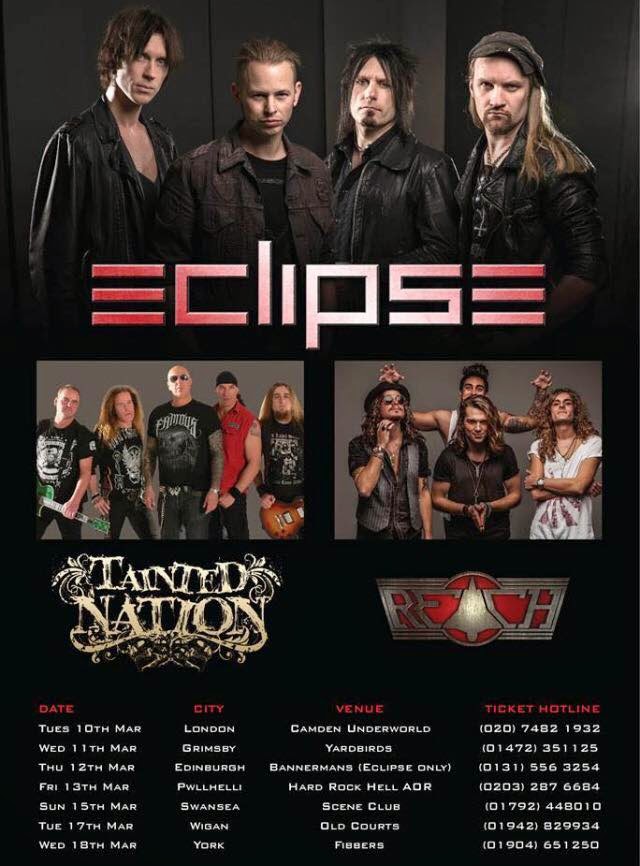