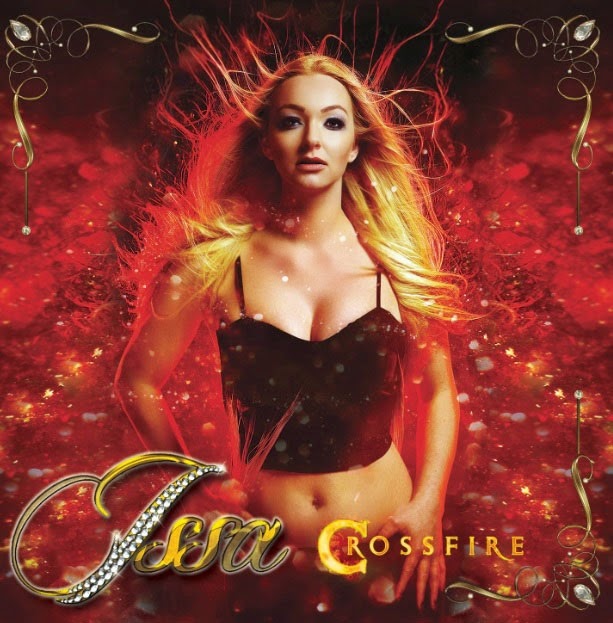 The album has been carefully produced by John Greatwood (VEGA) and Vega ivory-tinkler and hubby, James Martin. Sessions started in early 2013 with a bunch of songs ISSA had co-written or demoed in the Martin Brothers song-writing sessions.

ISSA says: “After 5 years of working together with Tom and James, we had come up with a collection of songs I had to keep for myself.'' One song in particular sees ISSA teaming up with FM vocalist Steve Overland on the dramatic ballad ''Raintown”. In is a definite highlight of her career so far. ISSA says ''This was a dream come true for me, Steve Overland is probably my favourite male singer and to get him on board was a true honour, his voice suits the song perfectly, wait till you hear this one!!”
Other guest musicians stepped up when asked upon to perform solo's include Daniel Palmqvist (XORIGIN), Alessandro Del Vecchio (HARDLINE), Steve Newman (NEWMAN), Robert Sall (WORK OF ART), Daniel Johansson (DEGREED), Stephen Chesney. As well as powerhouse choir including Pete Newdeck (IN FAITH/TAINTED NATION), Matt Black (FAHRAN) and Michael Kew (VEGA).

If songs with more than a bit of spit and polish applied are your sort of thing then Crossfire will be right up your street. ‘Crossfire’ is a powerful punch pop rock number that will get the feet, and head going immediately. ‘New Horizon’ shows how much of an influence James Martin has with the songs as they keys run right thru this one like a sick of rock, and some nice layered backing vocals. ‘Raintown’ is definitely THE song of Crossfire. A duet with FMs Steve Overland, he instantly puts his calling card on this one with his trademark ‘whooo-hoooo’ (pat.pending!). It really is a cracking duet as the complement each other perfectly, for what will be a ballad that will be hard to beat this year. That said Nigel Bailey gave this song some welly at the recent ARFM charity gig and gave Mr O a run for his money. It’s a 80’s influenced song with touches of Robin Beck thrown in for good measure.

Despite the proclamation of holding on to songs written the past few years, I’m still not sure that theres enough instant moments on Crossfire especially when compared to the likes of ‘Im Alive’ and ‘Angel's Crying‘ from the debut. ‘Long Time Coming' has a very catchy chorus. Ms Beck is dialled in again for ‘Fight Fire With Rain’ and once again shows where Issa’s strength as a singer lies. When she holds back a bit is where the true magic comes alive. ‘Heartbeat’ is a bit more rockier and is the opposite of 'Fight Fire…' and oozes class.

There’s a good 4 or 5 songs here that are top quality tunes and will remain fixed on my phone for some time (Crossfire, Heartbeat, Raintown, Fight Fire With Rain), but the remainder seem to be more ‘by the numbers’ so to speak. It’s not a poor album by any means, its well produced, but doesn’t necessarily hold your attention. But, (never start your sentence with a ‘but’) if you love your female rock singers like Wilson, Beck, Aaron, Matty etc and an 80s influenced sound, then there’s a lot to enjoy from Crossfire


Ghost Inside My Heart