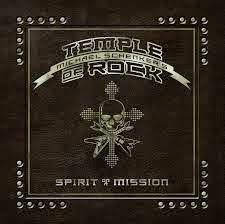 I think it was about 2006 when I saw Michael Schenker’s car crash of a gig supporting his brother’s Scorpions at the Manchester Apollo. It was the first time I had seen him since Gary Barden’s triumphant return after the debacle with Graham Bonnet back in ‘83. I turned to my mate at the Apollo and said ‘I’m done’, as it was the only time in over 30 years of attending gigs that I had seen an audience boo and almost turn on an artiste. I vowed my path wouldn’t cross Schenker's ever again. Over the passing years I heard that he was well again and more importantly playing like the old days. That was back in 2012 and since then I haven’t missed a UK tour.

Bad luck fell on the guys as halfway through recording, the guitars and recordings were stolen. Schenker recalls, “Fortunately it was just performances and not compositions, we caught up and performed the music better than before. It forced us to work extra hard and longer but it made it stronger”.

The line up in the UK is settled – Dougie White (vocals), Francis Bucholz (Bass), Herman Rarebell (drums), and the invaluable Wayne Findlay (guitar, keys, BVs and amply filling in the Paul Raymond role). The debut ToR album ‘Bridge The Gap’ was widely well received. Is ‘Spirit On A Mission’ likely to be held in the same esteem. Well with a more stable line up than there ever has been, there’s every chance…

One thing that jumps right out of the speakers is how good Dougie White sounds. As a massive Rainbow fan, I have always been on the side of Mr White.Lets also be clear that it isn’t going to be anywhere as good as the first 3 MSG albums! ‘Live And Let Live’ focuses on the guitar driven riffage that only Schenker is capable of. Pair this with the best Scorpions rhythm section in history and it’s a very promising opening. ‘Communion’ made me do a double take. I honestly thought that Glenn Hughes had guested vocals, so certain was I that I had to check the PR notes. ‘Vigilante Man’ has a great upbeat tempo and is very melodic in structure. ‘Rock City’ jumps out like a starting pistol, fast and frenetic riffs courtesy of Mickey. ‘Saviour City’ harks back to the epic days of something like ‘Desert Song’, or ‘Lost Horizons’. It may not be as good as either, but you can tell the intent and desire is there. ‘Something Of The Night’ is quite Blackmore-esque in its composition, with Schenker powering thru the scales, and White singing about Black Nights! ‘Bulletproof’ has a 70s feel to it, with Schenker channeling ‘Lovedrive’ era Scorps. The album sounds best on the faster melodic numbers, no more so than ‘Restless Heart’. Add another 4 or 5 like this to the mix then it would be a belter. Overall Id have preferred it a couple of songs shorter as there's a couple of songs I doubt I’ll ever listen to again (Good Times, Let The Devil Scream, All Our Yesterdays)

Overall 'SOAM' is OK, but that’s all it is. All it really made me do was dig out my re-masters of MSG from the debut to ‘Built To Destroy’. Michael Schenker’s Temple of Rock is essentially a Ronseal cover band, you know what you are going to get – UFO, Scorpions, and MSG with a couple of Temple songs thrown in for good measure. Whether or not it becomes a bonafide band in its own right remains to be seen. I prefer to see the Temple perform live rather than go down the album route, although it is admirable that they are giving it a decent shot, when he could so easily cash in and do a couple of European tours a year giving the fans what they want – next time, play more MSG stuff!

Michael Schenker's Temple Of Rock are