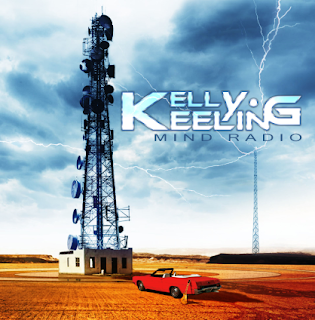 Well-known to melodic rock aficionados, Keeling has a decent pedigree with namely Baton Rouge, Heaven & Earth, TSO, work with Schenker, Norum etc, and Blue Murder on his extensive CV.  All in all, he has appeared or written songs on 60 albums! His excellent Red Zone Rider album was one of the highlights of 2014. 2015 sees him shacked up in the Frontier stable with the Frontiers ‘go-to’ guy, Alessandro Del Vecchio

Mind Radio gets off to a great start with the energetic up-tempo ‘This Love Is Our Paradise’ and the pacey  ‘Isolated Man’.  The decent pace continues thru the first half of Mind Radio with ‘Sunshine Over Me’ the best of the bunch. Once the second half hits its more music by numbers and sees a dip in quality, which is unusual considering the talents of Keeling and Del Vecchio. God only knows what the fuck they were thinking of with the god-awful Monkey House, a whiney, mess of a song.

Red Zone Rider is an album that I turn back to frequently, but sadly Mind Radio isn’t one to have repeated listens beyond 3 or 4 tracks