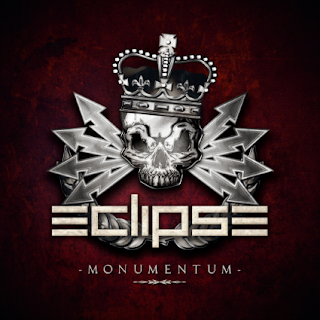 One thing that is now certain….Erik Mårtensson and Eclipse have a ‘sound’. That sound is ‘BIG’. Its been a fast two years since the bloody fantastic ‘Armageddonize’. In fact, Martensson has cut through European rock music like a knife through butter, his writing and influence is heard across many a band. Like British rockers Vega, Eclipse don’t know the meaning of the word ‘filler’ or ‘compromise’. They have been building momentum, over these past few albums, and judging by the title of this album, they know it also. 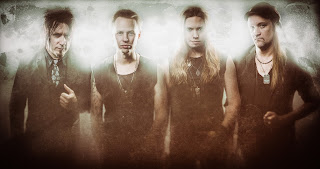 Songs like ‘Vertigo’ and ‘Never Look Back channel their inner Whitesnake and Kiss respectively, and they well and truly set out the Eclipse stall. ‘Killing Me’ for example pulls on their talent for melody that could be a chart-breaker in their homeland and possibly beyond…? ‘The Downfall Of Eden’ could easily be a Thin Lizzy song with its Celtic refrain. ‘Jaded’ is a song where Eclipse cut through the crap and offers up the poppier side of their repertoire, with an edge of course! 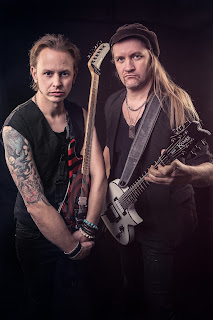 However, ‘Born To Lead’ take it all up a notch, So much so I expect to hear an 80s Coverdale ready to break out of my speakers. ‘No Way Back’ is one of those songs I just cant wait to hear live. Its huge listening to it on my computer and that’s no mean feat to achieve.. ‘Night Comes Crawling’ has an instantly sing-able chorus, and closer ‘Black Rain’ has one of the heaviest ever Eclipse riffs and is a monster way to close of ‘Monumentum’.

Eclipse haven’t quite Eclipsed Armageddonize but its bloody close. It’s a massive slice of powerful, melodic rock that very few these days can consistently match. How Eclipse are not playing to bigger audiences that they have the past 2 years is beyond me. They should be playing to large audiences and deserve all that’s coming to them. I’m hoping that some of their Festival appearances this year will get more people in on the game.

Tracklisting
Vertigo
Never Look Back
Killing Me
The Downfall Of Eden
Hurt
Jaded
Born To Lead
For Better Or for Worse
No Way Back
Night Comes Crawling
Black Rain
Posted by aorwxm at 20:41