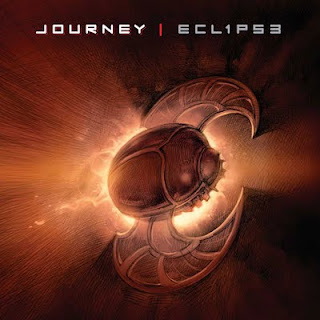 Well I doubt if many people would expect to see Journey currently headlining an arena tour ever again, never mind a UK arena tour. Many, with me included probably thought they had left their best days behind him with a certain Mr Perry at the helm.
But what a strange world we are currently living in, whereby a teenybopper TV show, can thrust a bands sales past the 1m mark on itunes (Don’t Stop Believing) and create a whole new phenomena and a new generation of followers in a melodic rock band.
To top all this off, Journey still need someone with the chops who can carry off the Perry back catalogue. Up strolls Arnel Pineda to the mic for his sophomore album with Journey. His fist showed that Journey weren’t here just to make up the (music by) numbers. There were at least three songs on Revelations that would stand tall and proud against the best that Journey have to offer.
In Pineda they have a front man who can (almost) hit all the Perry notes, and has a strong sound in his own right without coming across 100% Perry. For such a small block he has a set of pipes that would melt steel, but powerful isn’t everything.
What Journey have done is write their strongest album since ‘Frontiers’ (theres been at least a couple of Perry attempts included in this evaluation that are not as ‘on the money’ as ‘Ecl1ps3’). Not only that readers, but its probably the heaviest album that they have produced in their career. Obviously Neil Schon has had his way, and a certain Mr Cain, whilst co composer on most of the songs doesn’t have as much of the keyboard/piano influence of previous albums. ‘Ecl1ps3’ is more guitar driven and is probably for the better in this modern age.
Originally most people (me included ) thought that Pineda was a Perry sound-a-like, but after this 2nd release with him fronting the modern Journey era, he proves that this can no longer be labelled at him, proved no more so than this recent UK tour, where he just ripped the place up like a little pocket whirlwind.
Opener ‘City Of Hope’ relates to Pineda’s home town, Manilla and is a worthy addition to this and (the other) version of Journey and sits very well in their repertoire. It sets out Schon’s ‘this time were really hear to rock philosophy’ where Journey boys definitely rock out with their cocks out, a full on aural assault of riff and catchy chorus that will stay in your head for weeks and weeks. ‘Edge Of The Moment’ carries on in a very similar vein, very guitar oriented indeed, come to think of it, note Journey like indeed, which isn’t a bad thing! ‘Chain Of Love’ starts with a Cain solo intro, before unleashing Schons fury with one of the darker riffs ever produced by Journey. Despite the ‘rockin’ philosophy, they do manage to throw in a couple of ballads. ‘Tantra’ sounds like its come from the TSO (Trans Siberian Orchestra) school of rock. I could see corporate America using it for an insurance ad with fathers and sons throwin’ a ball in the park, high five-ing each other, and professing their love of each other. No! Its probably just me then.
‘Anything Is Possible’ is more of the ‘light sounding’ Journey we’ve known to love. ‘Resonate’ is a well constructed piece and one of the highlights of ‘Ecl1ps3’. ‘She’s A Mystery’ starts very lightly before letting rip on the second half. ‘Ritual’ makes for some good ‘ol FM radio friendly stuff. ‘To Whom It May Concern’ comes over as a tearful ballad, before salvation comes by the way of the more pop laden Journey-esque ‘Someone’. Finally ‘Venus’ finishes of the CD with his scorching instrumental, showing exactly who calls the shots.
Best album since Frontiers? You Betcha!
Journey still have a valuable contribution to make in this modern rock era. Nostalgia act they most definitely ain’t!!
90/100 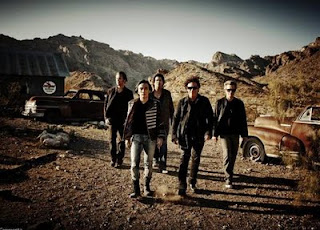