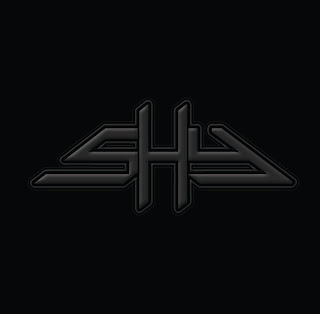 I can probably give you the name of a dozen or so bands that deserved to be huge on the back of AOR/melodic rock in the 1980’s. Three of the best at the time were FM’s ‘Tough It Out’, Strangeway’s ‘Native Sons’, and Shy’s ‘Excess All Areas’. One thing these three bands had in common is that they all failed…and failed miserably for some unknown reason. This still irks me to this very day, can you tell???
Shy have been a mainstay in the melodic rock scene right back to the mid 1980’s. Crowned by the success of Def Leppard, Bon Jovi and Europe, the 80s were the golden era of AOR and for a while every record company craved its own poodle-haired, tight-trousered offspring. Shy made albums for two different major labels and for a while seemed in with a genuine shot at glory, but like all the above (Strangeways etc) ended up biting the dust. Their debut album Once Bitten… Twice Shy was described by Kerrang! as perhaps the greatest English pomp rock album of all time”.
Before undertaking their all-important third album, 1987’s Excess All Areas, RCA relocated Shy to Los Angeles to soak up the Californian hard rock radio vibe. “In any genre, there will only ever be a couple of winners,” reflects Steve Harris. “But it’s surprising how many people talk of that album in hushed tones and don’t actually own a copy – or only bought the reissue.” The last few years have seen Shy ring the personnel changes.
A settled line-up is completed by keyboard player Joe Basketts and drummer Bob Richards Frontman Tony Mills has left the band for Norwegians TNT, and Lee Small (Phenomena / Surveillance) has taken the mike stand. So what of the changes and the resurrection of this once great band?
Well readers, on the very first listen ‘Shy’ definitely gets the melodic juices flowing, and not for a single moment did I question the fact that ‘ol ‘high pitched’ whats-is-name Mills is missing! In fact I was quite taken aback by the quality of Small’s vocal prowess. Should Glenn Hughes ever decide to not carry the flaming torch as ‘the voice of rock’ Lee Small could pretty much pick up the ‘Soul Batton’ and carry on seamlessly. The bloke is a pretty good ringer for the ex-Purple/BCC frontman. In replacing Mills’ higher pitched vocals, Shy have pretty much nailed it with Smalls lower, bluesier register, giving the songs more breath and warmth
Opener ‘Land Of A Thousand Lies’ is a great example of this polished ‘old AOR school style’. The pace continues with the superb ‘So Many Tears’. Yes it’s all AOR by numbers, but the tested formula they have used is paying dividends – keys, check; great riff, check; instantly sing-able chorus, check! Make that double-check!! The keyboard is planted firmly at the forefront of ‘Shy’ but not in an annoying Dare kind of way.
‘Breathe’ come straight out of the Glenn Hughes school of balladry. ‘Blood on the Line’ is yet another well-polished melodic rock belter, and so far into the album, there isn’t a filler to be seen. If I do have a small gripe it’s that the songs are so well produced and polished, they are a bit similar, and need a couple of ‘great’ songs to add to the ‘good’ ones on offer. The closest they get to this is the longest song, 'Sanctuary' with keyboard power chords a plenty setting off the whole tone against Harris' superb guitar playing
Well, Shy have certainly done themselves justice with this cd, and in a continuing decent and resurgent year for Melodic rock, Shy keep the high quality going. Yet another good release that sits high amongst the best work that Shy have produced over the years
80/100
Lee Small – Vocals
Steve Harris – Lead & Rhythm Guitars
Roy Davis – Bass
Joe Basketts – Keyboards
Bob Richards – Drums
Posted by aorwxm at 18:47