Well its about 21 or possibly 22 years since I last saw a Romeos daughter headlining gig. Illness kept me away from their FF appearance, and work from their Winstanley gig a couple of few years ago! It was an absolute delight to hear that they would be playing a few select gigs across the UK in support of their latest and most mature album to date, Rapture. 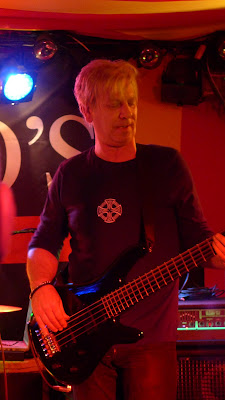 The Railway is a crackin' little venue, and on first arrival I was slightly worried by the numbers. Thankfully, lovers like me turned up in their droves which is what a band like RD truly deserve. Lets face it, they are not exactly in it for the money at this stage their career, its like a mutual love fest. They have clearly enjoyed reforming, and we in turn are thankful that the desire is there, not only to tour but to release an album that is as strong a quality as you would ever want. Little has changed since my last RD gig ( The Tiv, 90 or/91); Leigh is still gorgeous and delivers a spellbinding hold on the male members of the crowd. I know, as I kept looking across the room! Most of them were all dewy eyed!

Andy and Ed, hold everything together, and both are still as mischievous as ever. Craig's playing, never flashy,  always effective, make sure each song is delivered to the same exacting high standard. New to the band, is Charlie on keys! 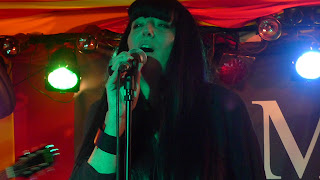 Obviously, Rapture would take up a portion of the set, but surprisingly there seemed an absence of songs from the excellent 'Delectable' album. Despite this, RD have enough quality to chose from on just 3 albums, that other bands would take 10 to achieve


Now, RD should have been massive, and its possible that the poor 'normal' folk out there may have come across RD tunes without realising it. They've had songs covered by Chrissy Steele, Eddie Money, and a big one (Wild Child) from Heart. Shit dude they've even been covered by UK pop idols Steps! You won't get many people covering songs if they ain't worth shit. Which is an enigma to me as to why Romeos Daughter aren't better known 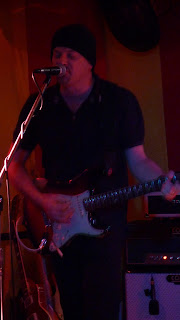 Tonight RD are as tight as a gnats chuff, and its probably as best as I've ever witnessed. For a small venue, the sound was superb, so hats off indeed to the Railway crew. Everything was thrown at us (except my wedding dance song I must add!), classics both old and new - Bittersweet, Lightning, Will Be and Alive from Rapture, and everything from the debut (did I say they never played Hymn!). Tight bv's from Ed and Craig lifted the songs further, and Leigh reminded us that the closer was theirs and not Hearts.

After 20-odd years I felt as if I was transported back to my wedding year (1990). Ive grown old (er) with this band, and I hope to see them over many a year just yet. Hopefully they are not finished as a great new chapter is being written in their middle age!