There was a time in the mid-late eighties when Dokken were high up in my list of fave bands. For about a four album spell Dokken were on fire. Due to the combined talents of Dokken / Lynch / Pilson / Brown, they gave me some of my most loved tunes. But it was all doomed to failure as Dokken & Lynch couldnt stand the sight of each other

Fast forward twenty-odd years and Don Dokken is still flying the flag, but has recently announced that the latest album, will be the last. So do you still follow Dokken, or give the 75% of the glory years a shot? Well after just one listen of Slave the answer is a resounding yes indeedee!!!

T&N (was Tooth & Nail before lawyers got involved) are made up of Lynch and Pilson, with Brian Tichy on drums for the majority (seven songs) and 'Wild' Mick Brown (when he's not doing his best Colt Seavers impression with a golf cart!) into the fold on the five fairly faithful re-recorded versions of Dokken songs. I get the impression that these versions are nearer to how they wanted the originals to sound – tougher and raw! 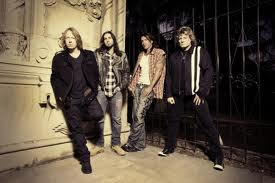 Also an attractive proposition is the enlistment of 'special guests',  in Robert Mason, Dug Pinnick, Sebastian Bach, and Tim 'Ripper' Owens. So, first of all let's deal with the main reason which will attract listeners - the re-recording of Dokken classics by the afore mentioned guests (and Pilson)

Pinnick tackles Tooth and Nail, and despite his very distinctive tone, he gives it a very nice blues/soul tinged feel. For a bloke who is the wrong side of 50, he is still a brilliant performer and his range has hardly faltered.

Robert Mason (ex-Lynch Mob) steps up for Its Not Love, and singer v song selection has been matched to great effect. Seb Bach handles the ballad 'Alone Again' extremely well. I’d have thought a more racier number would have suited him, but again the choice works! Tim Owens v Kiss of Death is slightly abrasive vs DD's original, but again the variations are interesting.

For ‘Into The Fire’, Pilson handles lead vocals, and it’s this which is the nearest vocal to the Dokken classic. Now, the surprising for some, but no so for me, is that Pilson has one hell of a set of pipes on him. Catching the Dokken albums of yesteryear, and seeing the likes of Foreigner live recently, Pilson is one of the underrated Kings of harmonies & BVs. 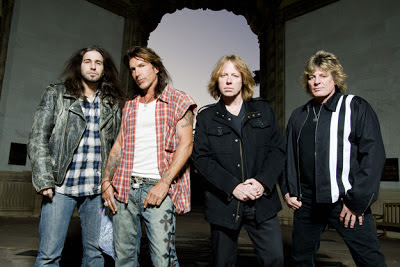 This fact makes for the undoubted gem of ‘STTE’. I love cover versions, but witnessing this cd after just one listen, ‘STTE’ has enough strong songs to stand on its own, and T&N don’t need to re-record the old back catalogue. That said the songs they have done from the vault are pretty cool, using their artistic licence to make subtle changes, I await the next set eagerly.

Songs like the opener and title track are perfect slices of 80s hair metal. ‘STTE’ would have fit perfectly on any decent album from that period, a catchy as fuck chorus, combined with Lynch on as good a form as I’ve heard in years makes for one cracking album. 'Sweet Unknown'  is more akin to early Lynch Mob, only with Pilson proving a better vox than Logan, 'When Eagles Die; has an epic feel with Pilson basically singing his bollox off, competing with the powerhouse drumming of Tichy and fretwork of Lynch. For 3 blokes who should know better at their ages, it’s an all out attack. 'Mind Control' is in the style of ZZ Top’s ‘Beer Drinkers & Hell Raisers’. The blues oriented ‘Jesus Train’ kicks odd with a throaty, phlegmy tone from Pilson, then 'cough' is T&N firing on all 3 cylinders

Apparently there’s more to come from the dynamic trio/s! This should definitely be allowed to happen. A debut album planted firmly in the classic/melodic rock vein chock full of originals (and decent covers of classics) that needs to be heard to be appreciated. More of the same guys, and be quick about it. Oh and get your arse over to the UK sharpish!!