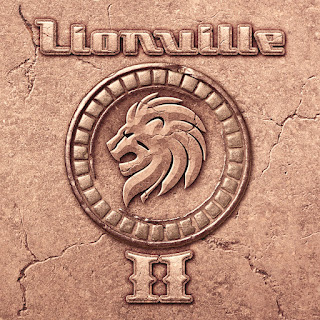 Last year Lionville was one of the big surprises for me in Melodic Rock. The band‘s winning combination of tight song writing, stellar musical performances recorded by a gifted cast of experienced studio cats and upcoming talents, crowned by impressive lead vocals and an album mix paying attention to all the significant little details, made 'Lionville' one of 2011’s most favorite AOR records.

‘II’ is a musical continuation of the debut with an occasional interesting twist (and it is a twist I can tell you!) here and there. It’s  another slice of high class AOR with a touch of Westcoast and Melodic Rock, with most of the top flight musicians performing on the debut returning to the recording studio to lay down their tracks 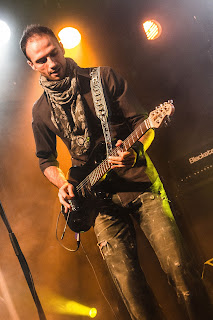 Stefano is a student of the ‘if it aint broke, don’t fix it school’ of music. 'II' is a perfect foil to the debut, only this time theres a maturity and finesse being pumped out of the speakers in droves. The songwriting is exemplary, but the key to proceedings is the vocal work of Lars Säfsund(Work Of Art) who shows again that he is one of the most versatile and talented lead and backing vocalists in 21st Century Melodic Rock. Also Stefano delivers a very solid performance on lead vocals in addition to his melodic guitar playing and an occasional contribution on the keyboards.

The song 'Higher', one of the album’s many highlights sees the two European singers unite with one of the AOR and Westcoast genre’s American legends, Bill Champlin (formerly of Chicago) with his signature vocals. The trio trades off the lead vocals and Bill’s wife Tamara Champlin joins them on backing vocals. 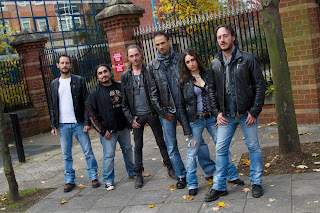 Songs like 'All We Need', 'The Only Way Is Up', and 'Next To Me', just ooze class, and it's one experience that will stay with you for quite some time, even after just one hearing.

Once again Lionville do a cover version. Whoever’s choice it was to record housewives choice ‘Waiting For A Star To Fall’ by Boy Meets Girl, was an inspired choice indeed. I cant say Id have picked it, but it suits the Lionville makeover treatment. Long may Lionville continue!