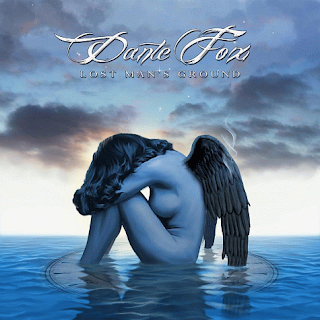 Firstly my apologies to DF themselves as this bugger should have been done a few weeks ago!

Anyway, Dante Fox is one of those bands that seem to have stuck around now for quite some time. I don’t want them to take this next comment detrimentally, only I wonder sometimes why bands continue to record, when it doesn’t seem as if the next break is on the horizon. If it were me, I’d be pissed off playing support to bands they are as equally as good at if not better, yet the next big advance in venue etc never seems to happen for them. I suppose it because they love what they are doing and that’s spreading the good word of the AOR gods to the relatively small masses, but dedicated masses.

I caught them recently at HRH AOR and from my first viewing a few years back, they have improved immensely. A few mates have commented that Sue Willets always seemed a bit lacking in the frontwoman department, but I have to admit I found her engaging and with a good sense of humor, but more importantly, what a set of pipes. 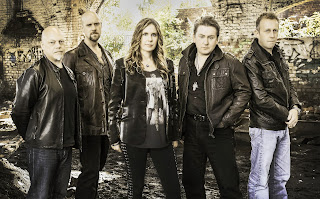 Also with Tim Manford on guitar they have a guitarist who can trade licks with the best of the genre. In the good ‘ol 70s and 80s, it wasn’t unknown for bands to release an album (sometimes 2) every 12-18months. This kind of activity makes Dante Fox Positively comatose in their output, with this, ‘Lost Mans Ground’, being only their fourth release in yonks (1 yonk = 4 years). Thankfully they are from the ‘who gives a fuck about the timescale, let the music do the talking’ school of production.

Dante Fox have drafted in some well know AOR monsters – The Stephen Fry of AOR…Alessandro Del Vecchio on Harmony BVs ( the bloke is everywhere!), Eric Ragno, again another workaholic on keyboards (is there anyone he hasn’t worked with?)

Weighing in at an 1980s length of 40mins-ish, and one of those is a radio edit and another a live track, ‘Lost Mans Ground’ is a definite advance over the previous albums. Short, sweet, and polished – and I’m not talking about Eric Ragno, Dante Fox have gone for the jugular on this one. Opener ‘Who Stole The Innocence’ which, if it were a stick of rock, it would have Dio’s classic ‘Rainbow In The Dark‘ running right thru the middle of it. That’s not a bad point of reference I can tell you.  ‘Go Where Your Heart Is’ as another slice of Grade A quality AOR, with Sue’s voice, supremely confident and powerful. I could only hit those high notes if I was thrown from the highest tower of the Kingdom! ‘Secrets’ sees the gang taking the foot off the gas for the obligatory ballad, and highlights how far Sue and Tim have come as a songwriting partnership. ‘I Cant Sleep’ is a rather nice surprise, a re-recorded classic from the debut back in 1996, and as stated, shows their progression this time as performers. 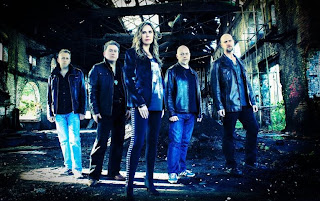 The ‘killer’ on ‘Lost Mans Ground’ is the title track, an absolute stonker (that means very good to the non locals), a cross between early Ten, and the best that the 80s had to offer in Rainbow, Dio and the like. It’s a change from their usual style, but a bloody good change! More of this next time, as it’s a cracker. After such a good song, ‘This World’ could be seen as a bit of an anti climax to finish upon. Its not a bad song – its just that ‘LMG’ is soooo good. The album finishes on  a live version of ‘Goodbye To Yesterday’ from 2007’s Under The Seven Skies, an acoustic version with Tony Mills wading in with backing vocals. For good measure a radio edit of ‘Lost Man’s Ground’ is included, but I’d just stick to the longer, superior version if I were you.

So I’m a little behind the times, about 6 weeks for me, and 9 months since it was originally released. But don’t let that stop you from giving it a listen, it’s a cracker!

This is a self financed CD, with production qualities on a par with a label owned one. Miss out on this at your peril. Hard working musicians need your money for the next one, and hopefully it will be before 2019! Otherwise I will be forced to advertise on TV for a ‘Oxfam’ £2 a month for starving AOR musician appeal.