Its been quite an active year again here at CRR towers with almost 40 gigs attended. These are just the paid ones! It’s a bit more difficult in nailing down a top 10 list of gigs, as generally most attended are pretty damn good in their own way. From a gig in a back room of a hotel or pub, to a massive show at an arena

All have been really enjoyable – except one or two who will get their notable mention….

Biggest Disappointment – Journey / Whitesnake – Phones4U Arena
An accident on the M56 put paid to getting to the gig in time to see the excellent Thunder. Whitesnake were much better than the last time I saw them, but I think sentimentality had more of a bearing on my perception. However Journey were just plain boring. One of my all time faves, it was bland, corporate cack. Pineda was the only plus, at least he made a concerted effort. Only Steve Perry will save the day…

Special mention goes out to Steel House Festival – excellent weekend, wonderfully organized, and a cracking line up to boot 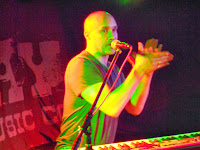 10. Dan Reed – Railway Venue Bolton
Now its not very often you can stand 3 feet away from one of you fave artists who are still plying their trade from their heyday, and the Railway makes this happen. Just Dan and his guitar/ organ (f'narr!)banging out the tunes that should have made DRN gods. To top it all off, he is a genuinely nice fella

9. Alter Bridge – Phones4UArena, Manchester
Not my fave venue by far but the seats we had this time were pretty damn good. AB to be honest were very good, but I think that when you play an arena you need more than 4 guys on a stage with little lighting. They were very good like I said, but I want a little more ‘bang for my buck’ with a headliner such as AB. Halestorm were excellent, and despite the excellent review for Shinedown in Powerplay, they were pretty poor. Check            youtube PPlay dude for the evidence of miming!!!

8. Y&T Manchester Academy 2
Yes its only Dave Meniketti from the band we loved from the 80s, but bugger me the bloke is still on fire. Excellent voice, great guitar player and now well backed on this 2000s version. Currently a perennial tourer of the UK, but this wont be forever so I implore you to catch this excellent band while you can. Its two hours plus of pure Y&T magic 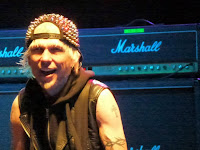 7. Michael Schenker’s Temple Of Rock – Parr Hall Warrington
How this venue isn’t used more by band’s is beyond me! Mad Mickey is bang on form, and with this current line up of Rarebell / Bucholz / White & Findlay theres plenty of life in this band yet. Its bit too UFO heavy for my liking, I'd have loved a bit more MSG to even out proceedings, but brilliant all the same. A special mention goes out to the support band of the year, Virgil & The Accelerators

6. Coheed & Cambria – O2 Liverpool
I just wish that C&C would tour as a 2 band line-up as yet again, its way too short a gig considering the amount of albums they have produced. For the hour and 15 they were awesome, Claudio is singing better than ever, and most of the anthems were played. Only thing is, I feel about 20 years out of my depth at a Coheed gig, but I don’t give a shit

5. FM – Bingley / Manchester / Ebbw Vale
Sill one of my all-time faves, I hope they stick around for a few more years yet, as their current line up is probably the best, and the output is both excellent and bloody plentiful. The Bingley gig shaded it, lovely little venue, and with the FM lads on form (to be fair Ive never seen them off form in over 30 gigs), they are tight as a nut and with harmonies to die for

4. Rush – Phones4U Arena, Manchester
Probably the biggest gig of the year. Despite not being too over enamoured with them on the last tour, they were bloody excellent here. More bands need to go down this route if they have the balls; drop the support and go for an all out assault. Even at £80 a ticket. It still represented great value for money for the 3 hrs on stage 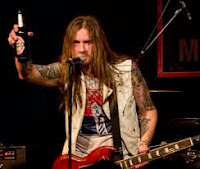 3. Bonafide – Marine Hotel Colwyn Bay
Only decided on the day to go. Thankfully I think we had the last pair of tickets and the decision was totally justified. Bonafide are a red-hot live band. No frills AC/DC style in your face, pure unadulterated rock. Crammed in on a hot evening, whats the point in going around the audience to play you guitar when you have your timings sorted, and its easier to do a lap of the car park and come back in through the Marines reception area. And they are back in March…

2. Romeos Daughter – Railway Bolton / Assembly Rooms Derby
The Assembly Rooms proved to be the quaintest venue for a rock gig I’ve ever witnessed. Bijou, intimate, and closer to any band as you’re likely to get. The a crowd witnessed an excellent gig, with some rarely played songs (certainly not aired since the late 80s!), and it was also filmed for a DVD release. Gigs don’t come much better than this. Except maybe for this one..... 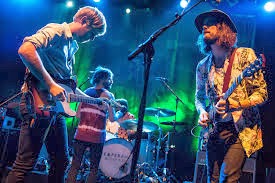 1. The Temperance Movement – O2 Liverpool / Ebbw Vale Steel House Festival
Closely pipped for my album of the year, there was no way that they were going to lose gig/s of the year. New band, but with guys that have all paid their dues and on a vast projecton to stardom. When you’re new you have no other option but to play the whole of the album, but when an album is this good, the live experience is a joy to behold. Phil Campbell is a God in waiting