L.R.S. - Down To The Core album review 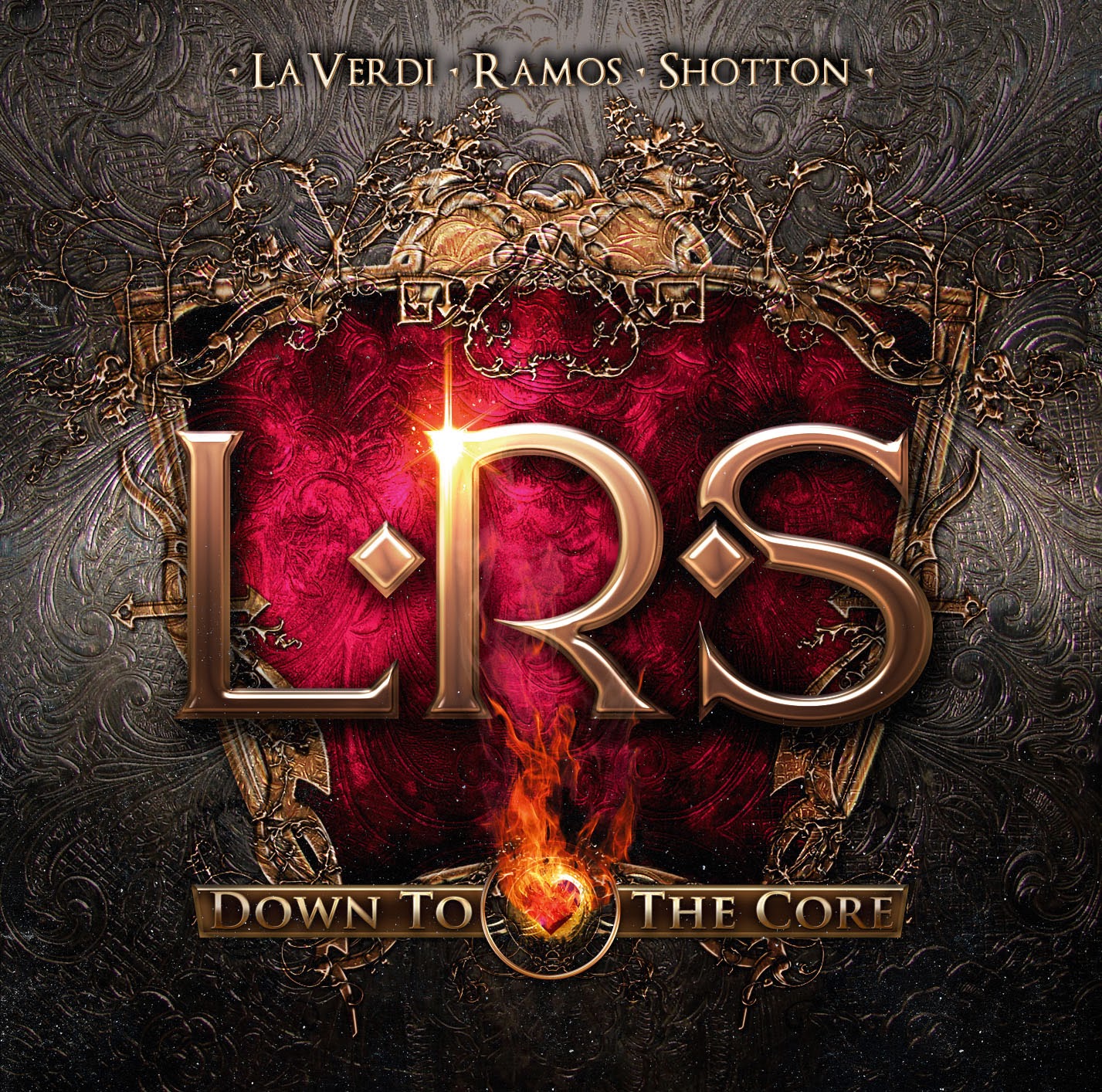 L.R.S. started initially as a way to bring back to the public the amazing vocal talent of Tommy La Verdi, a singer which came to the attention of the fans on the fabulous 21 GUNS debut album "Salute" way back in what seemed an eternity in 1992, the whole project morphed into a power band trio when two other well known musicians: guitar player Josh Ramos and drummer Michael Shotton were brought into the picture by the album producer and busiest guy in AOR, Alessandro Del Vecchio (HARDLINE).

The writing sessions were fast and steady, with Del Vecchio managing all contributions from the band members – who lived in different places - and offering a number of his own writings and co-writings to the band, which was anyway able to develop a distinct sound in the tradition of JOURNEY / THE STORM, with hints of Canadian AOR – and do you know what…they’ve bloody well nailed it!

“I felt honored when Serafino Perugino, Frontiers Records President, offered me the opportunity to return to the homeland of my family and to work with people I respect artistically”, says Tommy La Verdi. “My only complaint is that it went by so fast. I will be happy to continue making many records with Alessandro and Frontiers Records in the future! One the songs on the album is called "I Will Find My Way" and when I got lost while going for a fast little walk in the forest of Somma Lombardo before going into the studio, that song was suddenly my favorite… 8 hours later, it was nice to know that Alessandro and Josh were actually worried about me. We all became friends so quickly, it was very sad to leave each other after we finished recording and filming the videos. I really would love to get this band on the road and play these songs in front of a live audience. We just need to make sure that Frontiers doesn't book any of the shows close to the forest!”
Serafino Perugino is a guy who knows what he wants and I expect he has little issue in getting what he wants done. A fan first and foremost, he is responsible for getting some pretty decent bands formed and RE-formed and in the main for the right reasons. Here with L.R.S. he has gone and put a gem of a line-up together, and I really doubt if anyone else out there could do this

L.R.S. have been formed in the image of some of the great melodic rock bands of the 80s, namely the Bay Area giants that are Journey.  A perfect example of this is the opening track ‘Our Love To Stay’. It’s a song that would fit in with any Journey opus of the 80s, and a song that Journey only wish they could muster up in the 21st Century.

‘Livin 4 A Dream’ is a straight out of the box ‘get under your skin’ number. ‘Never Surrender’ has all the opening hallmarks of Journeys ‘Be Good To Yourself’, and is a definite summer feel good anthem that the AOR fans will lap up in their droves. Theres the inevitable power ballads, ‘To Be Your Man’ being one, which gives LaVerdi the opportunity so show off his chops; and the obligatory harder edge song ‘Down To The Core’ to give Ramos’ fingers a flexing, and potential FM/ Internet radio friendly ‘Waiting For Love’, and final epic closer in ‘Not One way To Give’.

I could be a little critical and say that some of the songs are formulaic, but…so are 90% of songs that are out there, and some bands have lived on the same formula for 30 years, so its not that bad to work to a formula! Despite that, it’s a very well produced, above average album, especially when there a tendency for projects like this to get in, get out and bank some money. L.R.S. are definitely 'not guilty' of passing go and heading straight to their nearest ‘Bank Of America’ branch.

The resulting album promises to be a shining example of today's AOR music with soaring vocals from a superb vocalist who comes back into the well deserved spotlight and some exquisite guitar playing from Ramos. This is an album not to be missed and an AOR highlight for early 2014!

LRS will also play as a live unit which is great news, and I for one will see you at Frontiers Fest in Milan at the beginning of May

Tracklisting:
Our Love To Stay; Livin’ 4 A Dream; I Can Take You There; Never Surrender; Almost Over You; Shadow Of A Man; Universal Cry; To Be Your Man; Down To The Core; I Will Find My Way; Waiting For Love; Not One Way To Give.