Well folks its that time of year again for a totally (un)biased review of this years (well, my) fave albums. On a good month 3000-5000 visit CRR towers a month and I thank you sincerely for that. Why not subscribe like the 3 other people who fancy a regular dose of what chesyrockreviews has to offer. Go on, ya know ya wanna!!
2014 has been another decent year for fans of all genres of rock music, especially that involving a DeLorean! What I mean is that some of the best albums this year have come from bands that have their influences planted firmly in the pas.
To be totally honest to all the bands, 10 thru to 3 had nothing in them at all, they were all so close its merely a matter of personal preference. If you are in 10-3 then your albums been pretty awesome indeed!
Some of the placings may not be the same as their original score, especially as Ive now had time to live with some of these albums over the last 12 months. This is how they stand at the year end
So…to the list
Just bubbling under…..in no particular order….and really deserving an honourable mention are…
L.R.S.
SKAM
X-Drive
Red Zone Rider
Diesel
Seven
Mr Big
Bullet
The Cadillac Three
A Nashville Tribute To Motley Crue
Amadeus Awad's Eon
Magnum

20. Secret - The End OfThe Road
Melodic Rock.com provided us with a little nugget here. Remember 91 Suite from a while back? Jesus Espin and Ivan Gonzales rocked my little world with the belting Here With Me,

18. Work Of Art - Framework
Sall and Safsund hit the ground running a few years back with their debut and took the melodic rock community by storm. Their 3rd release continues with the high quality and puts them at the top of the tree of the melodic rock brigades finest

17. Bailey - Long way Down
Should have been called Long Way Up based on the time its taken to get recognition. Mr Bailey suddenly appeared on many a fans list in 2014. Not a spring chicken by any means, he appears here with the first of 2 entries. In The Name of The King, is not only a standout track on LWD, but its one of the tracks of the year.

16. John Wesley - Disconnect
Mighty fine stuff from the Porcupine Tree guitarist throws down the gauntlet to the prog community. Excellent guitar work and a bloke performing at the top of his game. Check out the work on 'Any Old Saint'. Not the best singer but he works to his strengths

15. Blues Pills - ST
These young Swedes have exploded onto the scene in 2014 thanks to a lot of Classic Rock Mag exposure, and rightly so. Its wonderful that such young kids want to play music with its feel planted in the 70s. When you have an exquisite singer like Elin Larsson, anything is possible. Looks gorgeous, and sings with a passion that few can match. Catch them live for the full blown experience

Vega - the Martin boys certainly know how to write an anthem or ten! Christ! They even have Leppards Joe Elliott on their side and that is one heck of a trump card.

Ten - Gary Hughes only knows one word when it comes to his Ten band, and thats 'epic'. If you thought they peaked around 1996, guess again! Albion is their finest to date

12. Three Lions - ST
(Bailey, Burns & Morgan) knocked their debut out of the ball park. Polished with a capital 'P'. Hold Me Down, Holy Water, Twisted Soul, Kathmandu, Trouble In A Red Dress are just some of the nuggets on offer. Live is where the magic happens.

11. Slash - World On Fire
Slash has brought the world to the attention of Myles Kennedy. Us Alter Bridge fans have known of his splendour for many a year now. Thankfully he is now recognised as one of rocks finest. On World On Fire Slash, Kennedy and the Conspirators align their sights for the best Slash album yet 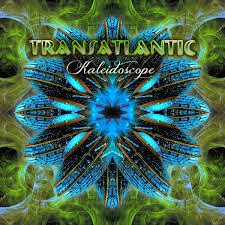 10. Transatlantic - Kaleidoscope
Kaleidoscope is, as Kaleidoscope does. As it brings together the rich colours that are the 4 guys individual personalities, background and influences, and entwine all this into a sonic tapestry, and it makes for a very unique band and listening experience. 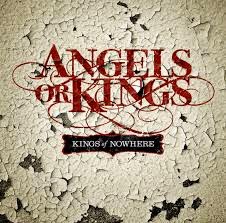 9. Angels Or Kings -  Kings Of Nowhere
If you love melodic rock and love well crafted little nuggets of gold then look no further than ‘Kings of Nowhere’. Barrie Jackson sings his little arse off on delights such as Any Other Girl and Ice Turned To Rain. 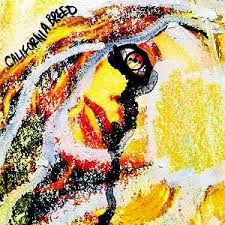 8. California Breed - ST
Glenn Hushes, Andrew Watt, and Jason Bonham nail the Classic Rock tag with this little beauty. Bonham's no longer a part, but who cares as its the Hughes / Watt show anyway. Check out Hughes solo rendition of Breathe on you tube and tell me that at a mere 62 yrs of age, he is not the finest singer of his or anyone else's generation 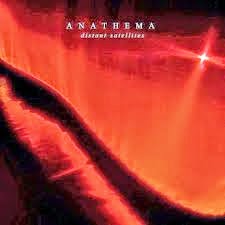 7. Anathema - Distant Satellites
Ever since We're Here Because We Are Here, Ive taken even more of a shine to Anathema. Distant Satellites continues in a rich vein of form. Forever growing and developing, Anathema just need the money to go with the plaudits. Full of emotion and creation 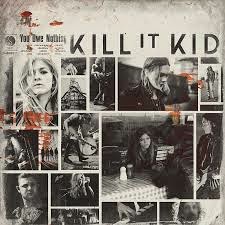 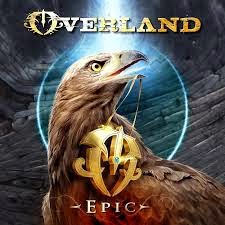 5. Overland - Epic
Epic is a mighty fine testament to one of the finest singer songwriters the UK has produced…EVER.
Overland has the melodic rock songbook nailed to a tee – so what if music is sometime formulaic – if you have the right recipe, why tamper and bollox the whole thing up. Essential for fans of THE VOICE and FM 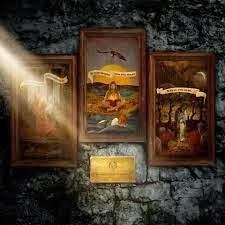 4. Opeth - Pale Communion
No longer a death metal pioneer. Akerfeldt clearly wants to do what pleases himself, and quite rightly so. Moving on from the sideways step they took with Heritage, Pale Communion leaps forward and is a sophisticated, thinking mans (and womans) prog classic.When he isnt screaming, Akerfeldt is one of my fave singers, ever. Thankfully theres a shit load of singing on Pale Communion! 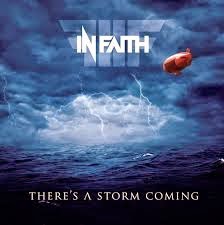 3. In Faith - There's a Storm Coming
Fuck Me I didnt see this coming. Looking like 3 middle age geezers, In Faith's cream rose to the very top with this blistering melodic rock masterpiece. Think of some of the best hair metal bands of the 80s - White Lion, Dokken etc. Well, In Faith sits very comfortably amongst such talent. It has more hooks than a fishing tackle shop and choruses to die for. Anyone who writes a song called Church Of Rock And Roll deserves plaudits. Pete Godfrey is a new rock god! 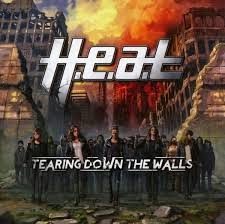 2. HEAT - Tearing Down The Walls
HEAT are at the forefront of modern day melodic and classic rock. Full of energy, and every song is huge....HUGE! HEAT beat Bon Jovi at his own game. They are on the cusp of breaking out and truly deserve to be plying their trade at arenas 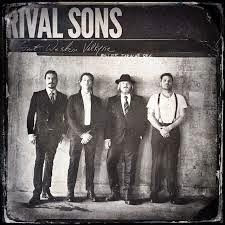 1.  Rival Sons - Great Western Valkyrie
Tipped for the top back in 2011, Rival Sons are well on the way to greatness. One of the finest albums of this or any other year, GWV is chock full of killers. Buchanan is a man on a mission, totally captivating, and probably one of the finest vocalists in the world, period. Couple his voice with the wizardry of Scott Holiday and the pounding rhythm of Mike Miley and Dave Beste and GWV is the finest No.1 Album Ive had the pleasure to list in my 8 years of doing this reviewing malarkey.