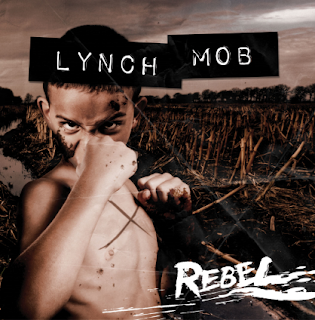 Back in the 80s I was a huge Dokken fan. I loved them that much I even got a local newsagent to order me the US mag ‘Hit Parader’ just so I could follow the Dokken / Lynch war in the press. I was gutted when they split, even though it wasn’t a surprise. I was even more gutted as I never got the chance to see them live. One of the few opportunities was when they supposed AC/DC. I was never going to fork out a small fortune to see 30mins and a shit sound all amongst a partisan crowd. The closest I ever got was seeing this very band (LM) on their first foray in the UK supporting the mighty Ryche on the Empire tour! Lynch lived up to his hype and fucked off stage just as they were to play Dokken’s ‘Kiss of Death’. After all that I have still never heard a live Dokken song!

‘Wicked Sensation’ was a great step away from Dokken’s shoes. Oni Logan (Like Don Dokken) was a perfect foil for Lynch, and it was the best (and still is) Lynch Mob album. The line up though for ‘Rebel’ is as good as any, Lynch, Logan, Jeff Pilson, and Brian Tichy.

Just as Lynch Mob wanted to gain momentum, Grunge killed it. Hair Metal was past its sell by date. What we have today is a nostalgic nod to those heady days. Logan sounds as good as he ever did, and Lynch is still one the finest guitarists of his generation as they hit the ground running on tracks like ‘Automatic Fix’ and ‘Testify’, with its huge 80s riff, and Logan shows his massive chops on ‘Dirty Money’. The bloke hasn’t waned in 25 years. The only thing is, it all sounds like its trying to recreate past glories, and its all been done before. That’s not a bad thing I hear you say, but songs like ‘Pine Tree Avenue’ and ‘The Hollow Queen’ are struggling to be fillers, and come across more of a whimper than the bang I’d like to expect.

‘The Ledge’ is a decent pick of the bunch with its slow pulsating groove, but all in all ‘Rebel’ is a pretty average listen. As a huge Lynch fan, it pains me to say this. Lynch Mob have been around now for almost 26yrs so they must be doing something right. At the end of the day, ‘Rebel’, unfortunately, isn’t about to get them any new followers.

I’m also a huge fan of what Frontiers are doing with their music. I’d rather them opt for quality over quantity, as 2015 has been a solid year, but its been nothing spectacular given the names on board. 2015 isn’t over, so I’m not giving up hope just yet.

If you want to hear LM in their element, dust off the debut.