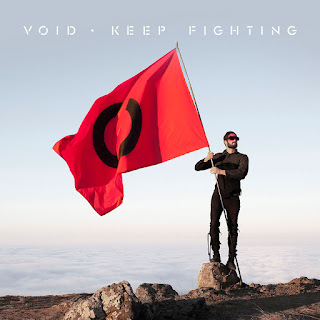 Following their previous albums Ballads For Beauties And Beasts and Zer0, Welsh classic rock band V0iD are back with their third album ‘Keep Fighting’. Produced by Tim Hammill, who has worked with Lemmy, GirlSchool and Ronnie James Dio, the album is released this summer alongside a string of live dates throughout the UK and Europe.

Based on its title as a theme; third album ‘Keep Fighting’ sees the band work though personnel changes, and gain inspiration from various stories of human endurance: A close friend of the band who battled against leukaemia for ten years whilst raising over 25k for charity, a fan in Holland who suffered a brain tumour, taking strength from V0iD’s music whilst in recovery, and their own drummer Gary Doyle, who had major knee surgery followed by a long period of rehab and physiotherapy, not knowing whether he’d be able to drum again. 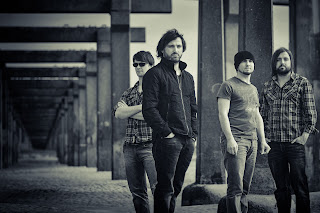 I’ve not heard any of their previous output, but, straight out of the blocks ‘Keep Fighting' has this marching drum vibe, and I must admit that its not normally my cup of tea, but the V0id lads seem to have a knack of drawing you in, such is the quality of the hooks coupled with instantly hummable choruses.

To be fair V0id have the corking ‘Let Me In’ as the lead single, but the fact is, most of these songs on offer could be picked as future nuggets. From the soaring ‘In The End’, the powerful balled ‘Forever Girl’ to the anthemic ‘For The Soul’, and haunting melody of ‘Starting Again’. ‘How Come’ to a point sounds very much like Tyketto. The gem for me is the first single (of many) ‘Let Me In’. It reminds me of a very unknown (?) rock band from the 80s called Diving For Pearls. Unless you’re a DFP band member or a lover of Klassik 80s AOR then you’ll never get the reference. All I can tell you is that its high praise indeed! 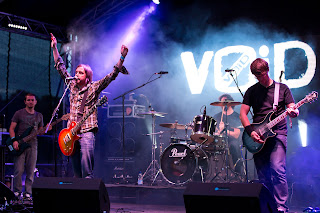 V0id are more pop-rock than out and out rock, but I think its firmly set in the musical realm of FM friendly music that lots of people can enjoy, and not just bitter old rockers with a narrow mind to anything other than metal. V0id seem like they are a guilty pleasure, but not to me. I'll stick my head above the parapet, V0id are a new fave band and definitely underrated, and very talented indeed.

As I said previously, I’d not heard their previous 2 albums, but I’ll be putting that right immediately. V0id are going places, and its only one direction, up!