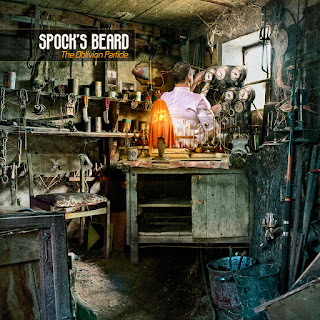 There was a time, when I used to think that Spocks Beard were the Bees Knees, The Mutts Nutts, The Badgers Nadgers, The Cats Whiskers etc., (check local listings for appropriate slang version).  I was a convert up to the fifth album, aptly titled, er, ‘V’. Then ‘Snow’ came along and it just put me right off as it seemed a test for even the most hardened SB fan.  I was pleased that they had a ready made vocalist in Nick D’Virgilio, and I still persevered, but losing Morse to God became a huge hole (and shoes to fill). Neal Morse has had a hand in co writing songs on the last couple of albums, which also got the SB fans juices flowing. After D’Virgilio bailed in 2011 I thought it truly was the end for them. Thankfully, in came Ted Leonard (Enchant), a singer who has given Spocks Beard a refreshed dimension 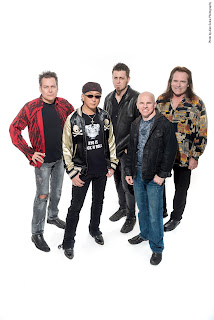 According to bassist Dave Meros, it’s not a matter of how much the album recalls past Spock’s material, but how much it differs. “I think the opening track 'Tides of Time' is classic Spock's in terms of arrangement and style, but everything else is fairly different. That said, the whole album is still within the parameters of what people expect to hear from us.”
The Oblivion Particle finds the band answering the needs of their creations by utilizing the considerable versatility of each member. In addition to Ted Leonard's soaring vocals and Dave Meros' distinctive bass, Alan Morse adds autoharp, banjolele, electric sitar and mandolin to his array of instruments, drummer Jimmy Keegan takes over lead vocals on “Bennett Built a Time Machine” and Ryo expands his arsenal of keyboard sounds throughout the album. In addition, virtuoso Kansas violinist David Ragsdale lends his touch to the album’s majestic closer, “Disappear.” Basically, there is probably nothing that SB cant play with this line up. Throw in Leonard’s guitar live and they are the prog Iron Maiden!
Opening track ‘Tides Of Time’ is unmistakably and categorically the ‘classic’ Spocks Beard sound. A song in structure that takes you right back to the heady days of their golden period in the late 90s. So, all is not lost then. Morse (N) was a part of this unmistakable sound, but Leonard has definitely made the position his own. Ryo’s keyboards/synths entwine majestically with Alan Morse’s guitar, creating a 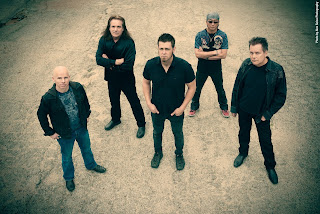 musical tapestry of sound. The tone rises and falls, building with each phase. This is Spocks beard on top form ladies and gentlemen.  ‘Minion’ https://youtu.be/QiUisFo1bz4  kicks off with Leonards soaring vocals, very much akin to Kansas and ‘COWS’. If there is such a thing in prog as a ballad, then ‘Hell’s Not Enough’ is as close as you’ll come to one. ‘Bennett Built A Time Machine’ is as you would expect a time travel tale with some mighty fine details from another singing drummer, Jimmy Keegan. Our hero of the tale, Bennett, goes back to ‘change his choices, guided by his inner voices’ to New York, 1983. Once halfway, ‘BBATM’ builds into something that only SB seem capable to achieving. Its more pop than prog, and will likely piss off the naysayers, but its cracking stuff. By now, Spocks Beard are now on a roll…. 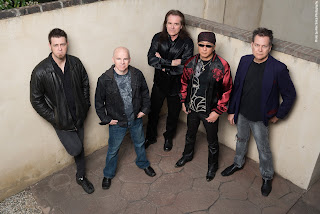 Get Out While You Can is ‘a single’ by SB standards, clocking in at just under 5 mins. It has an end of the world feeling to it, with its ominous tone. ‘Get out while you can’ wails Leonard ‘Judgment day is here’. For the latter half of the album, SB set the dials firmly to ‘prog’. This is what Spocks Beard can do, they stretch the listener, take them on a long and fascinating journey. Its not comfortable, nor should it be. There’s some challenging moments, but if you stick with them then there are rewards to be gained. The boys collectively pull out all the stops, bringing all the musical tools out of the shed, especially hard on ‘The Center Line’. ‘To Be Free Again’ at ten-and-a-half minutes, oscillates from mellow, to chunky riffs, and atmospheric. It’s certainly the most cinematic song on the album. For the finale ‘Disappear’, Spocks Beard wheel out Kansas’ violinist David Ragsdale. At 66minutes, TOB glides along like a knife through butter.

The Oblivion Particle, like Bennetts Time Machine employed, sees them plying some of the best of their past along with the current tone, and hopefully showing glimpses of whats to come in their future. Long may they continue to push the boundaries for another 20 years.