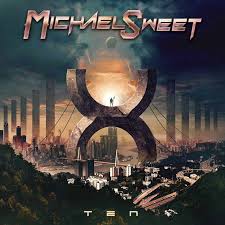 If you’re a fan of Michael Sweet and Stryper, then ‘now’ is the best time there has been to be a fan. I say ‘now’, but I mean the last 10 yrs in particular have been great ones. Stryper albums have come thick and fast, his alliance with fellow 80s rock icon George Lynch, and his solo works. Its been three years since his excellent One Sided War’ was released, and this, the tenth album from Michael is what we have come to expect from him. 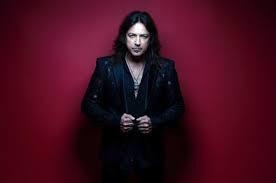 It’s great that Michael is getting some of his illustrious friends on board. Either that, or they charge next to nothing! For me, he doesn’t need the likes of Hoekstra/Loomis etc on board as he is a shit hot guitarist in his own right. That said, all the guests bring their own bit of spit, polish and panache to proceedings, and all add their own personality to each of their songs!  By doing it this way, I can see Sweet's reasoning as it will open up the sales to fans of all the aforementioned guests. He’s a canny lad is Mr Sweet.

So, onto the review. First up we have ‘Better Part Of Me’. I’ll add all the luminaries at the end on the track listing so you know who is doing what. Anyway, Michael opens up with what is probably a contractual obligation to let rip with a scream his 80s self would be bloody proud of. Even more so, the 50s version! It’s 80s music by numbers, and the numbers are good. A cracking riff, great tempo, and goosebump raising harmonies. Its a good thing he isn’t paying the guitar solo by the note!

‘Lay It Down’ is traditional 80s metal, driven by a thumping drum beat and long lost 80s outdo guitar solo. ‘Forget, Forgive’ has a Hendrix-y ‘Foxy Lady’ style riff and a dirtier, bluesier number. ‘Now Or Never’ has a grandiose feel to the song, and slower than anything so far, and has an anthemic style with some very orchestral and biblical hymn like ‘Whoa-ohhs!’. You have to hear it to understand!

Title track ‘Ten’ sees Sweet go back to his idols and sup from the chalice of Tony Iommi. It reminds me of H&H era Sabbath, particularly ‘Lonely Is The Word’. ‘Shine’ is complete with a chugging, charging riff, and is one of my fave tracks of the album so far as it has some cracking harmonies. I know there’s a lot of messaging in the lyrics, but I chose to go for melody over meaning, especially as I am a non-believer! Okay, I know!

‘Let It Be Love’ is the first song not to feature anyone ‘matey’. With it having ‘love’ in the title, it’s the second contractual obligation of a MS ballad. Its fine as it goes, but its predecessors have been blistering up until now, and I feel it would be much better as a closer. It’s still a fine song, especially the bridge and chorus. It will mean a lot to a number of his followers. And HIS followers!

‘Never Alone’ sees the first of back to back Hoekstra. It has a more menacing riff, and puts the album back on track. ‘When Love Is Hated’ is the better of the two, a great chorus, and solo command. It is simply structured and very effective. ‘Ricochet’ rounds of the album well. A punchy chorus that is instantly repeatable, that just bounces along.  All album formats have two bonus tracks, one you have probably heard already, ‘Son Of Man’ feat. The Rÿches Todd La Torre. A man so Geoff Tate like even Geoffs wife can’t tell the difference (sound, not looks!). It jumps out of the blocks like a stabbed rat. A duet/sing-off that brings together two of metals finest for a thoroughly enjoyable romp and a hell of a note at the end. I can see what they left ‘SOM” until the end!!! Fab.

The other is ‘With You Till The End’ and features Firstbourne’s Ian Raposa on vocals, who can stand toe to toe with Michael, and is a powerful performance. I for one will be checking out Firstbourne after this.

I like what Sweet has been up to the past few years. He still sounds fucking fantastic, he still poops out riffs and lyrics like there’s no tomorrow, and is as heavy as he has ever been. That in itself is a great place to find him. I just wish someone would put up the money to get him and or Stryper over to the UK , as a visit is long overdue.

Bonus Tracks
With You Till The End (Feat. Mike Kerr and Ian Raposa of Firstbourne)
Son Of Man (Feat. Todd La Torre of Queensrÿche and Andy James)