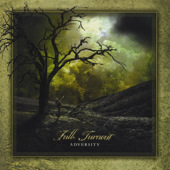 Full Turnout is a rock band from the Milton/Guelph (? Never heard of it, or them) of Ontario, Canadia. They started out in 2006 and began as a group of Fire-fighters, jamming and trying to write some original music. In 2008 they released their debut CD called 'Perfect Neverending'. Fortunately for them, not so much for us, the feedback they received was a positive one. Which has led to where they are today, and the release of the dreaded second album/sophomore syndrome
Full Turnout consist of Pete Zettle on Drums, along with his lifelong band mate and best mate, buddy, pal, chum, Brian Parisotto on bass, these two being the main driving force for this brand of Soft Rock, and soft it is I can tell you now. A close friend of the bands producer, Dave Drexler joined Full turnout as their front man. The aforementioned producer (and studio owner) Brad Dugas expressed an interest in joining the band, and the final piece of the mellow jigsaw is Matt Krusky (rhythm guitar) who wrote their debut CD and is the main collaborator with Brad
For some unknown reason they are given a tenuous link that their influences are a mix of Pink Floyd, Radiohead and Linking Park. Kids stay off the drugs, and I'll leave it as that. To link yourself to these three bands couldn't be further from the truth. It's like Slayer saying their music brings in the 'melodic elements of Journey, with the razor sharp lyricism of Stryper, and par-tay music good-time music of NKOTB'. I feel for the likes of Nick at TSM who has to make a living out of peddling bands, hoping that the odd nugget prevails
All I can probably say about that is that someone else should have stepped up to the plate and have a go at writing some songs. Its not that Adversity is crap, it's just that it's not brilliant either. It’s a mix of a (much wetter and softer) version of 'Bowling For Soup' and 'Offspring' with more than a smidge of 'Boy Band' bollox thrown in for good measure.
So what of the songs? Without being too critical (I always try to be optimistic when it comes to reviewing bands), but the music on offer is pretty one dimensional. As an unsigned band its ok I suppose, but the key word in the sentence is 'unsigned'. It noting really improves, Full Turnout will remain that way. The guys look on the wrong side of 40 to be out forging a career in music, also what is it with the album cover? I was expecting the band on the front cover to be dressed like 'Weezer's Buddy Holly' Video, not some doom laden, Goth cover which gives a completely different impression to the music on offer
Adversity kicks off proceedings with very little bite, and the gum shield remains on for pretty much the whole of the album. If there's a 'Radio Smooth' over in Canada than Full Turnout will be all over it. It's coming over as background music and nothing more I'm afraid. 'Invisible' shows a little more promise, the chorus lifting the song higher than the others on offer, just drop the vocoder guys!
'On The Ground' flows nicely from 'Invisible' and these two are probably the highlights of 'Adversity' as Drexler opens up his range more than usual and there is more power and oomph being generated. 'Momentary Best Time' is where I hear the 'BFS' influence more than any, and again lifts the mood. Perhaps they should have kick-started the album with the middle section
All in all its average, with no real ground being broken, but that can be said of many bands, its just that it ranges from 'one dimensional to bland' with only a few songs sticking their heads above this 'soft rock' parapet
At the end of the day Full Turnout are unsigned and they will remain this way unless they change their tune (pun intended) and direction for their next CD. There is something to build on here, but the foundations are gravely rather than concrete. Full Turnout? I wish they hadn't.
35/100
Posted by aorwxm at 17:55