Fergie Frederiksen - Happiness Is The Road 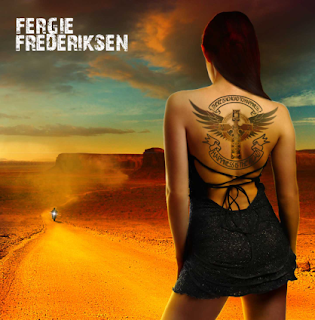 Lets face it, Dennis isn’t the most metallest of names, so no wonder he chose the moniker Fergie. Even though Dennis “Fergie” Frederiksen is mostly known for being the former vocalist of TOTO (in the “Isolation” era), he has been involved in a lot of other outstanding musical projects too. Trillion, LeRoux, Frederiksen/Philips, Mecca, Frederiksen/Denander and David London (solo album, under pseudonym) are simply a few worthy of mention. In 1999 he debuted as a solo artist with “Equilibrium”, an album which garnered great reviews in Europe and Japan.

Following a few busy years, where he played live and released albums with the Mecca Project and with Swedish musician/producer Tommy Denander, Fergie is now back with a very special new album entitled “Happiness is the Road”.

There is a story to be told surrounding this album:

In June 2010, Frederiksen announced he had been diagnosed with inoperable liver cancer. The following months were obviously very difficult for the singer who used music and the recording sessions of this album as a therapy to regain confidence in himself and his strengths. He also found the time and energy to collaborate with Jim Peterik (ex Survivor) on the songwriting of  the album’s title track, a real motivational manifesto for a positive approach to life.

About one year later, in the summer 2011, Fergie had two great things to share with the World: the first being the completion of the recording of the new album and the second is the positive results to the cures he was under, with the cancer now being defeated.

“Happiness is the Road” is a story of love and passion to tell and of course of so many great songs expertly produced by Dennis Ward (House of Lords, Pink Cream 69, Place Vendome and Angra). The bloke (Ward) is German, and has the precision of a 7 series BMW, his production never falters below excellent.
The good news is that ‘HITR’ finds Frederiksen in the heaviest sound of his career to date. Even though it’s not classed as a ‘project’ this certainly has all the hallmarks of yet another Frontier’s project album. Considering his health issues, the opening track alone is an uplifiting one, when the tone of the album could have been so different. ‘Angel (Mirror To Your Soul)’ is a song you'll just want to repeat before you even get onto track 2! Eric Ragno proves why he is in such demand as a keyboard player, his luscious playing is a key part of the albums sound. The opening four tracks are of the highest quality indeed. ‘First To Cry’ has a Bon Jovi ‘whoo-o-oa’ feel to it. Title track ‘HITR’ written with Jim Peterik has all the hallmarks of a Survivor track as you’d naturally expect it to.
Thankfully it’s a little gem of an album, full of upbeat and positive songs, when the opposite could well have been expected, and thankfully its not the swan song album that could easily have been produced by Fergie. The future now looks like its to be a very bright one
75/100
Release date:
EUROPE: October 14th 2011
NORTH AMERICA: October 18th 2011

Tracklisting: Angel (Mirror To Your Soul); Elaine; First To Cry; Follow Your Heart; Happiness Is The Road; I Still Believe In Love; Lyin’ Eyes; Love Waits For No One; Writing On The Wall; The Future Ain’t What It Used To Be; The One; The Saviour.

Produced by Dennis Ward
Posted by aorwxm at 11:42