The music world/Progressive Rock in particular would be a much lesser place if it were not for the likes of the very talented Daniel Gildenlöw. This is a bloke who has more talent and ideas in his little toe (I can vouch for this as I have actually seen his little toe!) than most bands can muster collectively over a lifelong career. 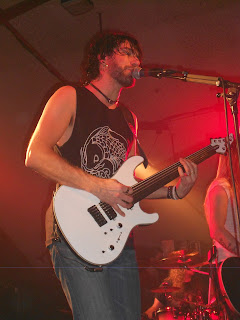 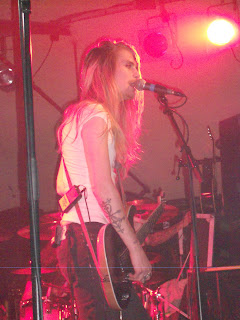 Living with this kind of creative ideas can’t be easy for him or his fellow band members. Since I last saw Pain of Salvation in Nov supporting Opeth, two members - keyboardist Frederick Hermansson and guitarist Johann Hallgren have left, and in (and quickly) have come Daniel Karlsson and Ragnar Zolberg. Without these two adapting so quickly, they (POS) could have easily cancelled the tour

Thankfully the new fellas fitted in very well, to the point where POS seem as energised as I have ever seen them, particularly the added vocal dynamic that Zolberg gives them. These two are only currently classed as touring members, but surely Gildenlöw can see that they are a perfect fit for the future! 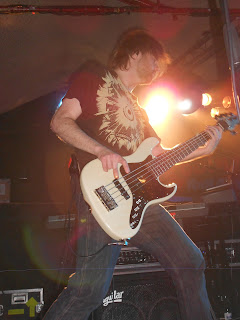 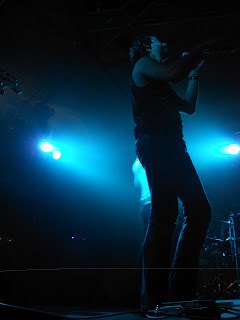 Playing in front of a pretty paltry audience, but a dedicated one, POS opened up with the powerful ‘Softly She Cries’ one of many tonight making up most of the set from the RS series. Despite suffering with a cold, Gildenlöw’s voice is in fine form indeed, hitting the guttural throaty sections as well as the much higher screams. ‘Ashes’, a regular of their set follows and is a great example of their past (and continued) glory. ‘Linoleum’ is the first of some audience/Gildenlöw banter, and after a few attempts from the willing audience to ‘oi!’ in the gaps of the riff, the song gets its ass kicked. So much so, that Gildenlöw breaks a string early on and no one batters an eyelid. A trio of RS2 and 70s classic rock influenced songs ensued with ‘The Deeper Cut’, the emotive ‘1979’ and ‘To The Shoreline’

Remedy Lanes ‘Chain Sling’ proved a highlight of the night, especially due to Zolberg’s superb vocals and is as powerful a song as the Hallgren version. This bloke will hopefully prove to be an asset in the long run. Any audience cries throughout the night for ‘Disco Queen’ fell on stony ground, even though Gildenlöw had the whammy pedal up on stage ready to be unleashed! Damn you Gildenlöw!! 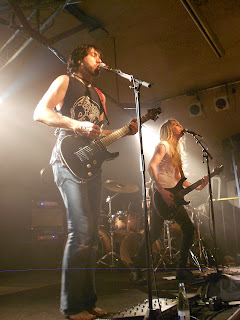 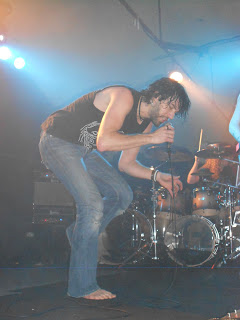 The last few songs finished the set on a high with the excellent ‘No Way’ from RS1 and was one of the best received of the night. Final song of the set ‘Enter Rain’ just had me in goosebumps. Nothings better when all members wade in and harmonise. I’m a sucker for harmonies and layered vocals.

The encore was slightly strange with the lengthy (and part French) ‘Physics of Gridlock’, and the final song, ‘Sisters’ an excellent track but for me shoulf have been mid way in the set as it’s a relatively subdued way to finish. Hey, WTF do I know! I still enjoyed the night immensely 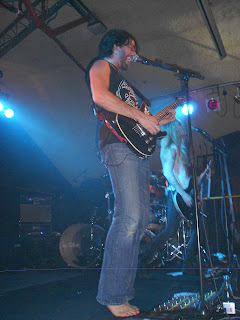 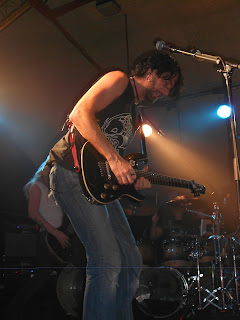 Personally Id have preferred a slightly longer set (possibly 2hrs), as there were some glaring omissions, like the excellent ‘Healing Now’, ‘Used’ ‘Scarsick’ and obviously ‘Disco Queen’ but they weren’t to be.

I feel honoured to have seen POS twice in recent months. I just hope the other gigs were better attended than the few at The Robin, otherwise we might only see them restricted to gigs in the capital in years to come