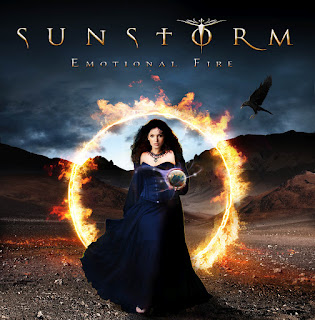 Joe Lynn Turner’s career has had a number of highlights. From his early days with Fandango to the Rainbow success and later on with Deep Purple and Yngwie Malmsteen, and his solo career, the New Jersey-born singer has covered a wide number of musical styles with his inimitable vocals. Plus he must have sung on what feels like over 1000 albums since our paths first met for Rainbow’s Difficult To Cure Album

Certainly he left an indelible mark in the hearts and minds of Melodic Rock fans when, in 1985, after the break-up of Rainbow, Turner released his first solo album entitled “Rescue You”. He co-wrote most of the songs with keyboardist Al Greenwood (ex Foreigner). The first single, "Endlessly," received extensive airplay on radio and MTV. Tours with Night Ranger and Pat Benatar followed. He also wrote more songs for a follow up album in a similar style, but fate called him in 1988 to join the Swedish guitar hero Yngwie Malmsteen for the “Odyssey” album, one of the most successful (and best I might add) of his career.

Years later, when Turner got in touch with Frontiers Records President Serafino Perugino, the idea of digging some old gems and to create an ultimate Joe Lynn Turner Melodic Rock/AOR dream came about. This brought about the release of the first SUNSTORM album in 2006 and of the follow up “House of Dreams” 3 years later. For the third album it was decided to look at Turner’s numerous vocal sessions he did in the 80’s as background vocalist for other artists. This brought to the resurrection of some Michael Bolton’s AOR gems such as “Gina” (originally included on “The Hunger” album, where Turner contributed with background vocals), ‘’You Wouldn’t Know Love’’, and “Emotional Fire” which Bolton penned for the “Heart of Stone” album from Cher (in which Turner again appeared as background vocalist).

One thing’s for certain, when Mr Dennis Ward is in charge if knob twiddling, you know the sound is to be highly polished. Let’s face it, he’s one of the best melodic rock producers in the business. And with songs written by the likes of Soren Kronkvist (Crash the System, Issa), Tom and James Martin (Vega, Sunstorm, Khymera) and Daniel Palmqvist (Xorigin, The Murder of My Sweet), the third Sunstorm album is a promising affair indeed

‘’Emotional Fire’’ is a bit of a mixed ‘lucky bag of AOR sweeties. Yes the first half is a tour de force, with Turner literally turning back time ( see what I did?) to Cher’s multi platinum selling Heart of Stone for the stand out tracks ‘’You Wouldn’t Know Love’’, and “Emotional Fire”. Along with the opener ‘’Never Give Up’’, it makes for one hell of an opening salvo. Unfortunately after Boltons’ ‘’Gina’’ (which I wouldn’t have recorded as a choice, but considering the theme, Turner carries it off well, but nowhere near as good as Mr ‘AOR sell out’ Bolton) the songs go a bit lame. ‘’Wish You Were Here’’ is more than a ringer for Lou Gramm’s ‘’Just Between You And Me’’

Thankfully there’s more quality than ‘fillers’ (of which there are a few – Follow Your Heart and The Higher You Rise in particular), but Turners voice which is always set to ‘’quality’’ carries it above the parapet if a lesser vocalist would have covered these songs

It could have been a belter if the second half was as strong as the first. That aside its still a good album, it’s not great which could have been. Still, an essential purchase for fans of JLT of which I am one