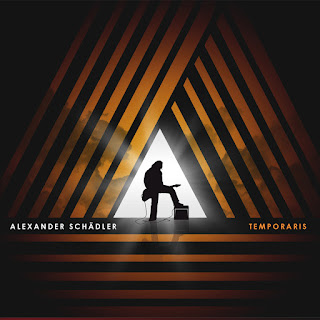 Alexander Schaedler has played the guitar since the early eighties, taking regular lessons since 1984 and studying at the Stuttgart State University of Music and the Performing Arts from 1999 to 2006. Ever since, the multi-instrumentalist (he plays the guitar, drums, bass, piano and banjo) has worked as a guitar instructor and freelance live and studio guitarist. Between 1994 and 1995, he was also a member of the Brunswick group, Shifty Sheriffs, teaming up three years later with Love Like Blood, who enjoy great international renown on the strength of their numerous releases. 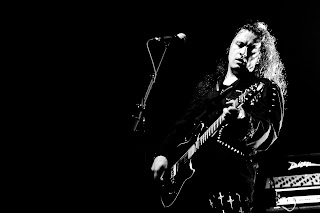 His first solo album Temporaris sees Schädler blend different musical styles and techniques in new ways, combining – as he calls it – “guitarist and compositional skills with the benefits of modern technology. I like to explore my  musical vision and discover new forms of expression through the multi-layered application of all available media.”

The only thing with instrumental albums, no matter how talented the individual is ( and Alexander is one talented dude ) is that they can be so hard work to listen to and to review. Song after song of drivel and widdly-wankery. And thats from some of the legends! 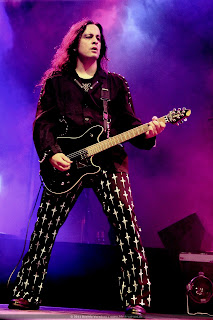 One thing with Temporaris is that Alexander Schaedler certainly mixes it up, quite a bit to be frank, be it the groovily rocking instrumental ‘Summerside’ (according to Schaedler “a little AC/DC, Joe Satriani and Steve Morse”), the offbeat ‘Freakk Phunk’ with its unconventional halftone/whole tone scale, the country number ‘Creepy Cheese’ in an obvious bluegrass tradition and shows his lighter side, and then – watch out! – ‘Aus Boehmen kommt die Musik’ (The Music Comes From Bohemia), originally sung by Austrian crooner Peter Alexander, given the rock guitar treatment in Schädler’s version no doubt playing his Strat with a bratwurst and wearing leiderhosen and was pissed (nice to see a musician messing around with styles). ‘Perturbado’ is a homage to the renowned trio, Al Di Meola/Paco De Lucia/John McLaughlin, while the medley ‘Potpourrix’ consists of ten popular melodies by classical composers, (you may not know the exact names, but you’ve definitely heard them before) embedded in a mix of rock, pop, punk, country and reggae. ‘No Need To Practice’ is obviously a lie, as Alexander’s done nothing but for the last few years, such is his mastering of the instruments heard here. Title track Temporaris is the standout track on the album, which will appeal to fans of bands like Dream Theater in particular, where he proves he can give the likes of Petrucci a run for their money 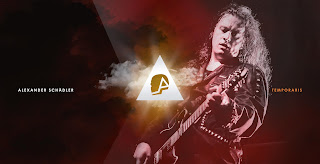 There are no taboos on Temporaris and all boundaries are blurred in the context of this diverse and interesting album. Schaedler produced himself, on which he played and programmed all instruments himself, at his own studio, before entrusting the result to Ralf Dietel (KrashKarma, ex-Nine Inch Nails) in Los Angeles for mastering.

Honestly, its not an album I could listen to all day, but put on my ipod on random I wouldn’t be reaching for the ‘next’ button on my steering wheel.  On reflection, Schaedler is a talented and interesting musician whose music holds no boundaries and you don’t need to be a rocket scientist, or student of Berklee to be able to appreciate his music. Id just prefer to see him play live as per the clip below