Again, another difficult category. To be fair, of the 40-odd gigs attended this year, there wasnt a shite one amongst them, Despite the bands in the higher numbers, its purely a way of getting them on the list as many were on a par with each other. Only my top 5 or so are there on my personal enjoyment

Ive based them purely on the whole gig also. The support bands all played their part in the experience

Another small intimate gig, and whilst they still have Gus G, they are one of the best power metal bands in Europe. Great gig, absolutely cack venue 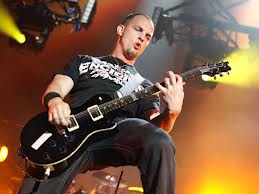 Despite Tremonti apparently not having enough money (Tremonti's security turned away my kid and everyone else for not buying the cd on the night - why the fuck should they when they bought it originally) it was a great gig. Heavier by far than AB and Creed, it pays more than a passing nod to early 80s thrash 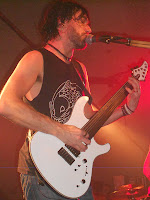 One of my fave prog bands, expanding with every album. Bugger, he didnt play Disco Queen, but the few that witnessed this, saw a new band give a great performance. the future looks bright for them

Hagar, Satriani, Anthony, all in one room. Great songs and an adoring audience. After seeing this, its clear to see what the current VH are missing 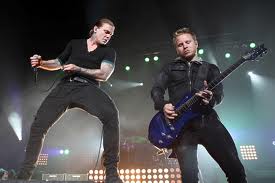 Superb gigs this year. Academy in Feb was brilliant, the one at the Apollo, still good, but in a much bigger venue they played a shorter set. Get back to playing 2 hours instead of 70 mins and a shitload of talking. That said, Smith is a great leader who you would follow into battle. A cross between a preacher and a leader of the resistance 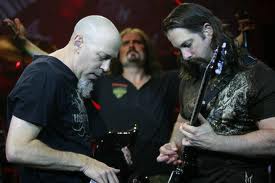 New drummer, new lease of life. It now looks like they are enjoying themselves again. 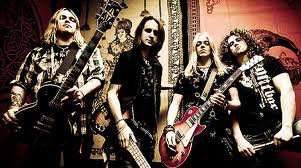 Er...In my home town of Wrexham!! Up close and personal, BSC were just superb. 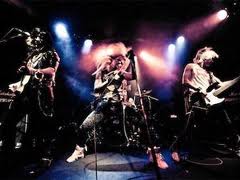 Basically Steel Panther without the smut. Great 80s songs and they live and breathe the 80s genre. Will only get even better 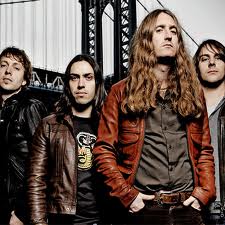 11. The Answer / The Union - Manchester Academy

A joint headline set, which paired two fine rock acts. The Union have a great singer in Pete Shoulder. The Answer have Irelands answer to Robert Plant, a whirling dirvish of a performance from Cormac 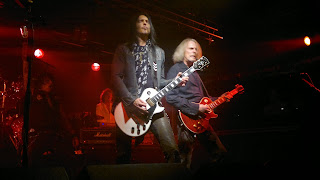 Special mention here for the Treatment. Saw them with Steel Panther, and their recent tour with Kiss in the US has served them well. These lads deserve to be huge, if they dont, then theres something wrong with the music industry. Lizzy are in great shape indeed. Shame its another farewell tour as its the best that Lizzy fans can wish for in the 21st Century. Lynotts legacy has been in good hands 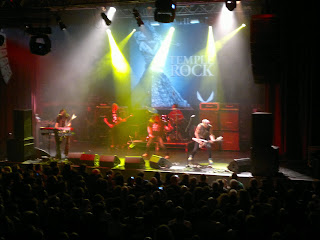 Saw him a few yrs back supporting Scorpions and he was dreadful. Giving him the benefit of the doubt proved a good choice. A mighty fine set list covering UFO, Scorpions and MSG. 'Twas one of the best Schenker gigs ever. Shame Dougie Whites vox sounded like he had his head in a bucket. Ill give him the benefit of the doubt as Ive booked to see them in 2013

Back for a tour all on their own for once, they didnt disappoint. Playing now with a returned Josh Eppard and new bassist Zach Cooper they have been rejuvenated. They feel more of a cult band that deserve a much bigger audience.

I regret never seeing them in their heyday, but this was special. Sure theres only the wonderful Meniketti left, but damn, he can still play and sing as well as he ever did, and he was only 6 feet away. 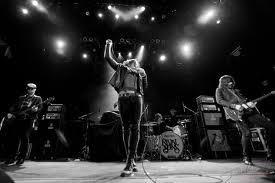 I predicted a great year for them in 2012, they didnt fail me. Stepping up a gear to larger venues, and a great album suits them well. In Buchannan they have one of the finest front men in rock music 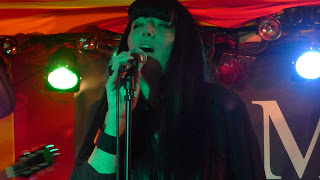 Back after a long absence, RD still have great songs, a family like following, and Leigh Matty!. Small intimate gigs, but they are in the best form of their lives. Long may they continue

Flames, explosions, theater, and more flames. Oh, and great songs. Download will be something special 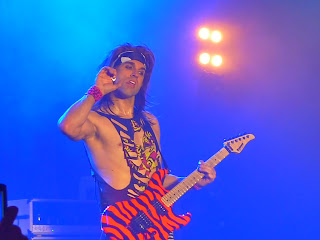 Sure most people take the piss out of them, but those who saw them this year, saw a band on fire. Great songs, even greater riffs. If they were around in the 80s they would be bigger than all, today they will just have to settle for mega stardom 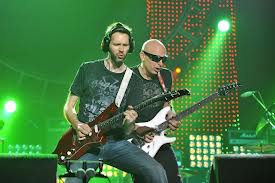 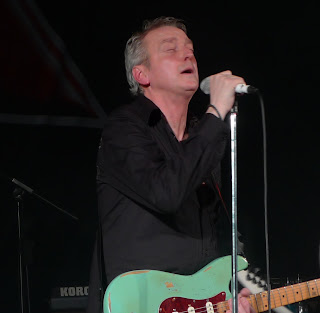 Playing Indiscreet in its entirety, and topping that up with a few from Tough it Out, it was a dream gig for FM fans.Proving that age makes no difference, FM are in the best form of their lives, and it made for the finest gig of the yr by far.

Thats it for 2012, some great gigs, and I realise I'm only scratching the surface. Out of all the gigs attended only three of the above were freebies. So I have a right as a full paying fan to question any of the above. A great gig year that keeps on getting better as I'm getting older

I have to give a notable mention to some of the superb support bands seen this year, particularly, The Treatment, Skam, Red White & Blues, Serpentine, Night By Night, Summers and Cryptex. All of which you need to see next time you get the chance
Posted by aorwxm at 14:15