So, the Foreigner / Europe / FM tour comes to the Wolves Civic for the last night of what seems like a very successful UK tour. Thankfully the music appreciating public have turned out very early to catch UK openers, the mighty FM. With only a handful of songs (those where town locals have 6 fingers!) to make their mark, FM hit the crowd with both barrels - 'That Girl', 'Closer To Heaven' and 'Burning My Heart Down' are obvious faves, but the new guard of songs, especially 'Crosstown Train' is received as well as the old. When you have a guy with a set of pipes as good as Steve Overland, then you'll never have an issue pleasing an AOR crowd 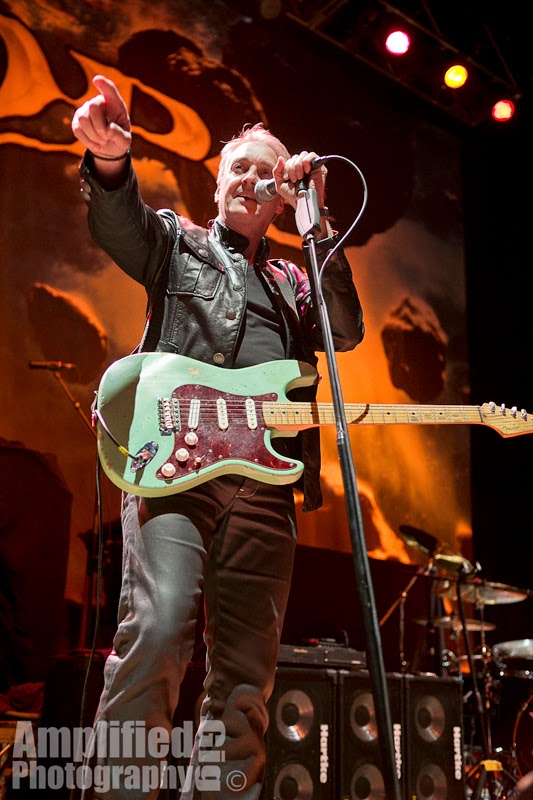 Europe come on to a bit more spit and polish, with there own set. Joey Tempest (from a distance) looks like Kenny Everetts impression of the Bee Gees. Even from the back of the hall, all I could see was hair and perfect teeth! I always felt Europe to be on the cheesier side of the melodic rock highway, but its definitely the newer, edgier songs that make me sit up and want to listen some more. If their future is the like of 'Last Look At Eden', 'Riches To Rags', and 'Firebox', then its is very bright and healthy one indeed! 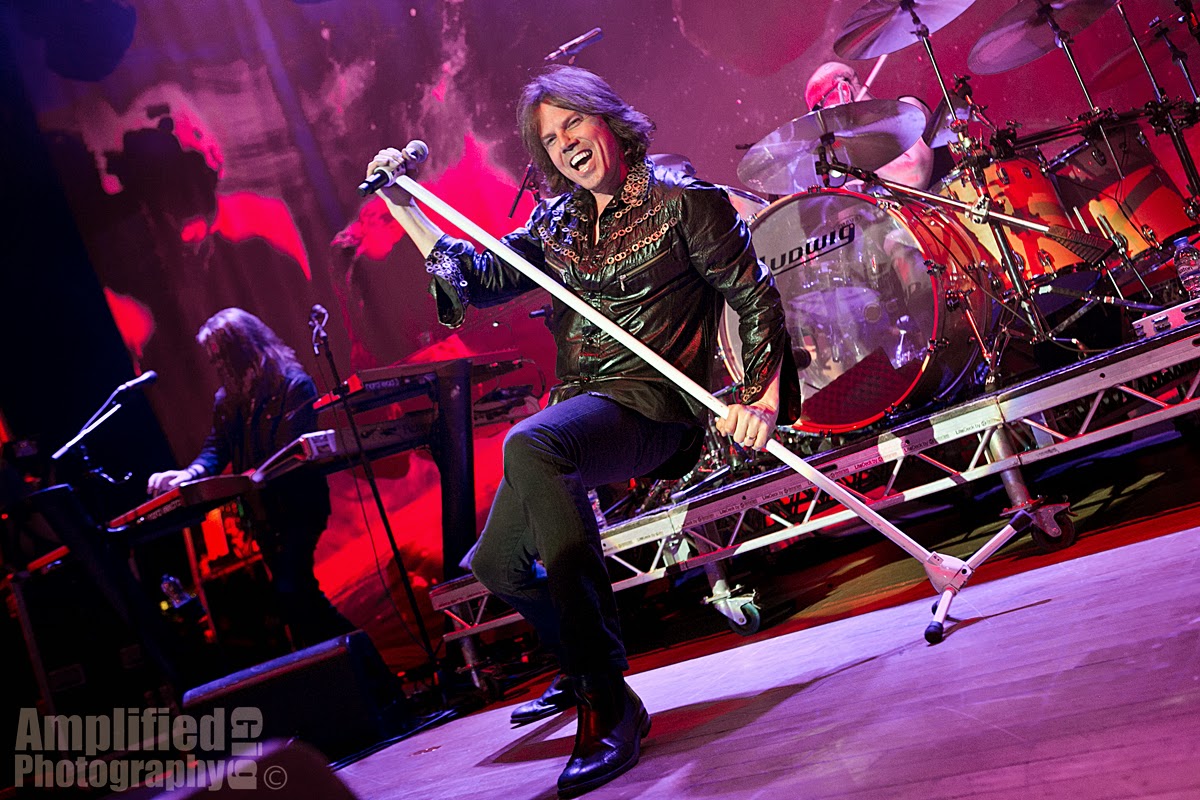 Foreigner were the best band on the Journey tour a few years back. After that performance I vowed to catch them on their headline tour which was a given after such stellar performances. Foreigner in 2014 is essentially the Kelly Hansen show. It should also be the Mick Jones show also, but on every date he has been noticably absent for the first 4 songs (illness). Kelly handles the absence so well it hardly shows, but when Mick does show for 'Feel Like The First Time', the ante is definitely upped. 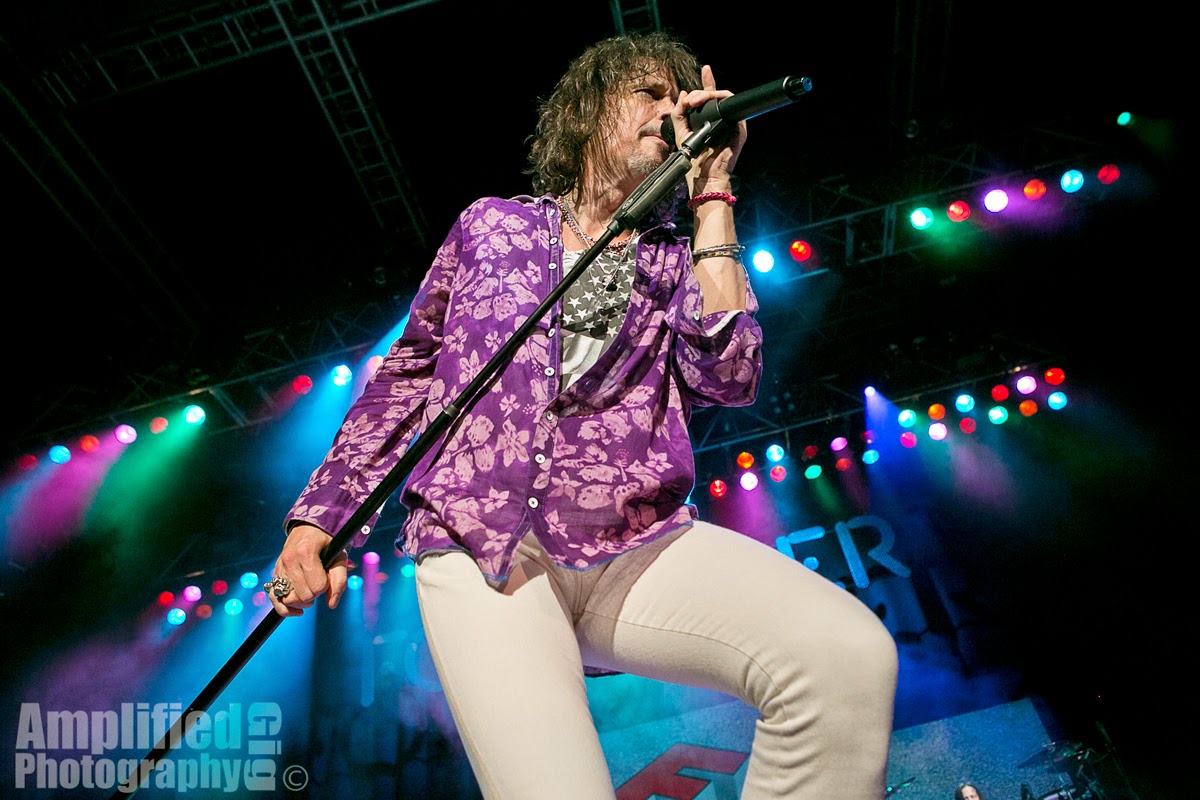 Two things that definitely stand out are the harmonies - Pilson, Gimble, Jones and Bluestein harmonising their arses off, making it sound like you are in the middle of DD7.1 surround sound, and secondly (and more importantly) the songs. Jones was a recent inductee into the Songwiters Hall of Fame, and on the evidence of his back catalogue, its an obvious choice - 'Cold As Ice', 'Waiting For A Girl Like You', 'Hot Blooded', 'Head Games' etc all are killer classic rock anthems.  Highlights for me personally were the excellent 'Starrider', 'Juke Box Hero', and the extended version of 'Urgent'. If only they would cease to continue with the keyboard/drum solos, and fit in another 2 songs which would give them a perfect performance! 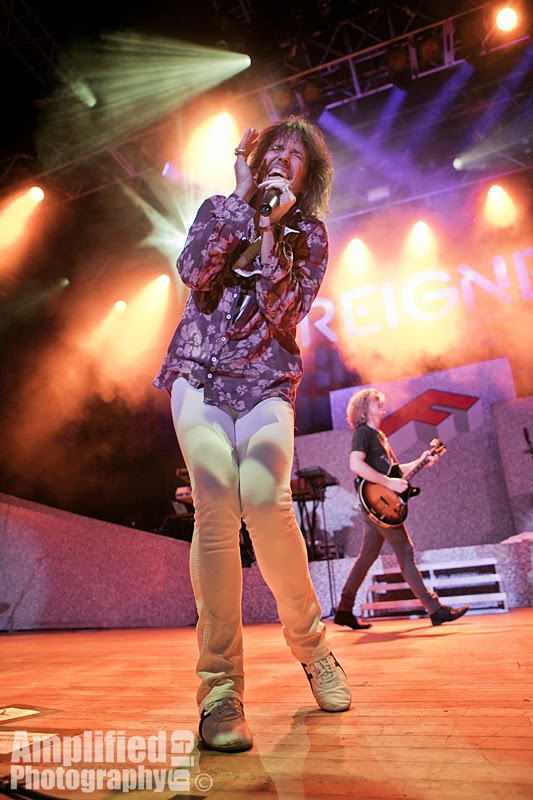 The Wolverhampton Community Choir (aka FM and some of Europe) appear for 'I Want To Know What Love Is', before bringing the house down with Hot Blooded

Hansen prowls the stage like a man half his age (so Im guessing thats 24!), and when you also have a guy in your ranks like Thom Gimble - guitar, keyboard, flute (yes, flute) and kickass sax player, then you can play any song to its full potential.


Hansen prowls the stage like a man half his age (so Im guessing thats 24!), and when you also have a guy in your ranks like Thom Gimble - guitar, keyboard, flute (yes, flute) and kickass sax player, then you can play any song to its full potential. 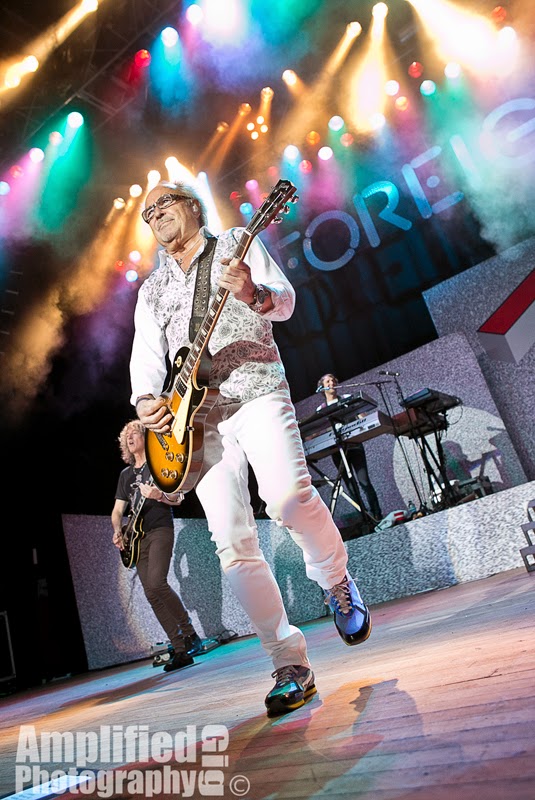 When Hansen walked thru Jones' door a few years back, he (Jones) must have thought he'd found his pension and meal ticket for the foreseeable future. In Hansen, you have a guy that has all the style, panache and engagement with the audience that very few can muster. It also helps that he's a very funny motherfucker and a good looking dude. Most of all he's got the VOICE! If you have heard Foreigner on the radio over the years and had never seen Lou Gramm, then you would never know that this isnt him. That is the very highest complement I can give.
If you thought Foreigner were here just to get some money (then you could be correct), but for what a lot of people outside of the rock crowd think they are a dinosaur band then they are sorely mistaken. Foreigner are immense!