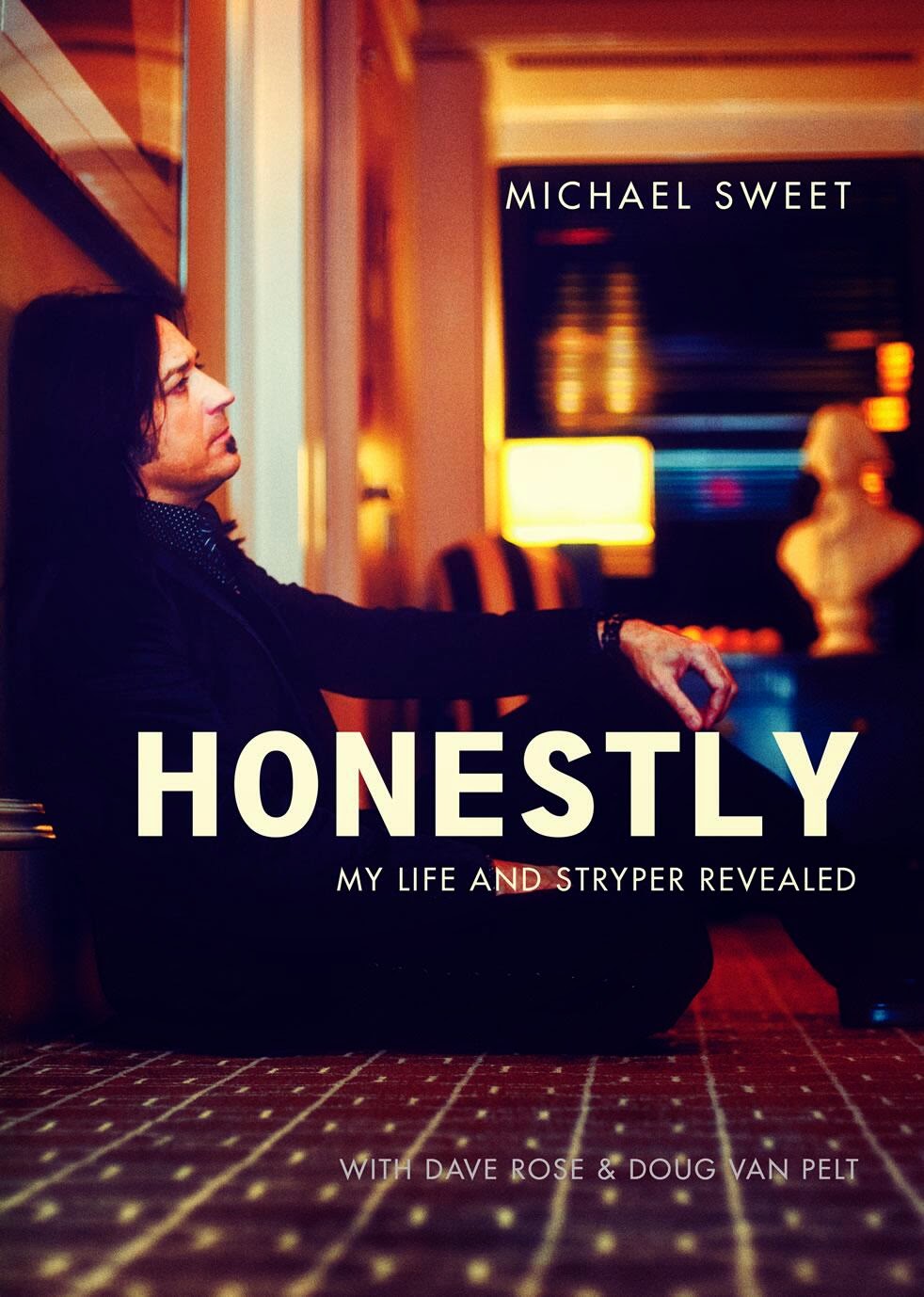 Michael Sweet is best known as the singer, guitarist, songwriter and producer for Christian rock pioneers Stryper, selling over 10 million albums worldwide. In addition to Stryper, Sweet has had a successful solo career, and he served as the guitarist and co-vocalist for the legendary classic rock band Boston from 2007-2011.

Sweet continues to record and tour with Stryper, as well as touring and recording as a solo artist, all the while making frequent trips to Nashville where he is writing with some of the biggest music writers in the business.

“After 30 years in this business, I feel honored and blessed to be able to continue doing what it is I love, making music,” said Sweet. “I’m extremely thankful to have the greatest fans in the world. God has blessed me with this talent and I plan to continue on this path as long as I can draw breath."

So without trying to spoil it too much, what can we learn that we don’t already know, or more importantly anything new and interesting. Starting with the obvious we learn a lot in just the very first chapter which he later expands on in greater detail throughout his book – he has been fairly successful; leaving Stryper and going bankrupt to the tune of $2m; topping the Christian music charts; reuniting with Stryper; joining multi-platinum selling Boston, losing his wife Kyle to cancer; getting married; recording more Styper & solo material, oh….and writing this!

To some, Stryper are a joke; to others, a guilty pleasure. To me, they are one of the best rock bands on the planet, and in Michael Sweet they have a guy who has one of the best voices in rock/metal, or any other type of music that’s on our little planet – and he’s a shit hot guitarist to boot.

We come to learn that Michael comes from a very loving and encouraging family; Robert is technically his half brother; and  he could (probably still can) be bribed to sing for homemade banana ice cream. Early on, just to play a gig, they even mowed  a lawn to play at a garden party. A run in with their guitarist ensued and they vowed never to have anything to do with him again. The guitarist...Richard Martinez…aka Ox Fox.

It's not news to anyone that Michael and the guys are committed to God. It does surprise me though that MS gives him (God) credit for all that Stryper and Michael have achieved. As a full-blown atheist I do have a lot of skepticism about faith, but also a hell of a lot of respect and jealousy that someone like Michael (and others) put so much faith in God and his work. ‘Curve Balls’ such as getting a record deal, son Michael Jr being born, charting, touring, selling shitloads of records, joining Boston, are all classed as unexpected gifts from God. I also believe that good things come to those who work hard, and not all of Stryper’s success can surely be attributed to a higher purpose?

I did learn two things that we personally both share. Firstly, that ‘Soldiers…’ is his (and my) favourite album; secondly, and more importantly, that toilet paper should dispense from the bottom (chuckle) and not the top!

The heartbreaking side of Michaels story and life is losing his wife Kyle to stage 4 Ovarian cancer. It’s hard not to shed a tear as he handles this side of the story with delicacy and a lot of heartfelt love which carries over to the reader. But, every cloud they say…., and that silver lining appeared quite quickly in finding Lisa Champagne and the current love and happiness that they have for each other. In 2010 MS was diagnosed with ADHD. I’m exasperated how he and Ton Scholtz actually managed to get anything done during his tenure in the band.

MS in 2013 is obviously in a good place. Happily married to Lisa, Stryper are reformed as the ‘classic’ line-up, touring successfully,

Happily for me it’s not a preach-fest. Michael does talk at great length about his relationship (both good and bad) with God, how he goes along with HIS (God’s) plan, that HIS plan is not our plan, and it is perfect and beyond our comprehension, if we just open our hearts and let him in. Never throughout the course does he push this belief on the reader

Michael chose the title aptly, as ‘Honestly’..is a very honest account of his life so far. It will be interesting to hear the other guys take on matters published here – arguments with other members, Michaels drinking, Michael & Roberts mum being manager and party to losing $2m, firing Tim, management issues, and many other topical issues. There’s no real ‘shock’ stories ( go read ‘The Dirt’ if you want that), it is just an interesting story about a genuinely honest and forthright guy.

I am certain there’s a few more chapters on the Sweet biography to add in the years to come as someone with such an opinion on matters, with a varied and exciting lifestyle compared to most people, deserves to be heard and read by a wider audience. I am convinced there’s a lot more to come still from Michael Sweet, and I am certain it is all good.