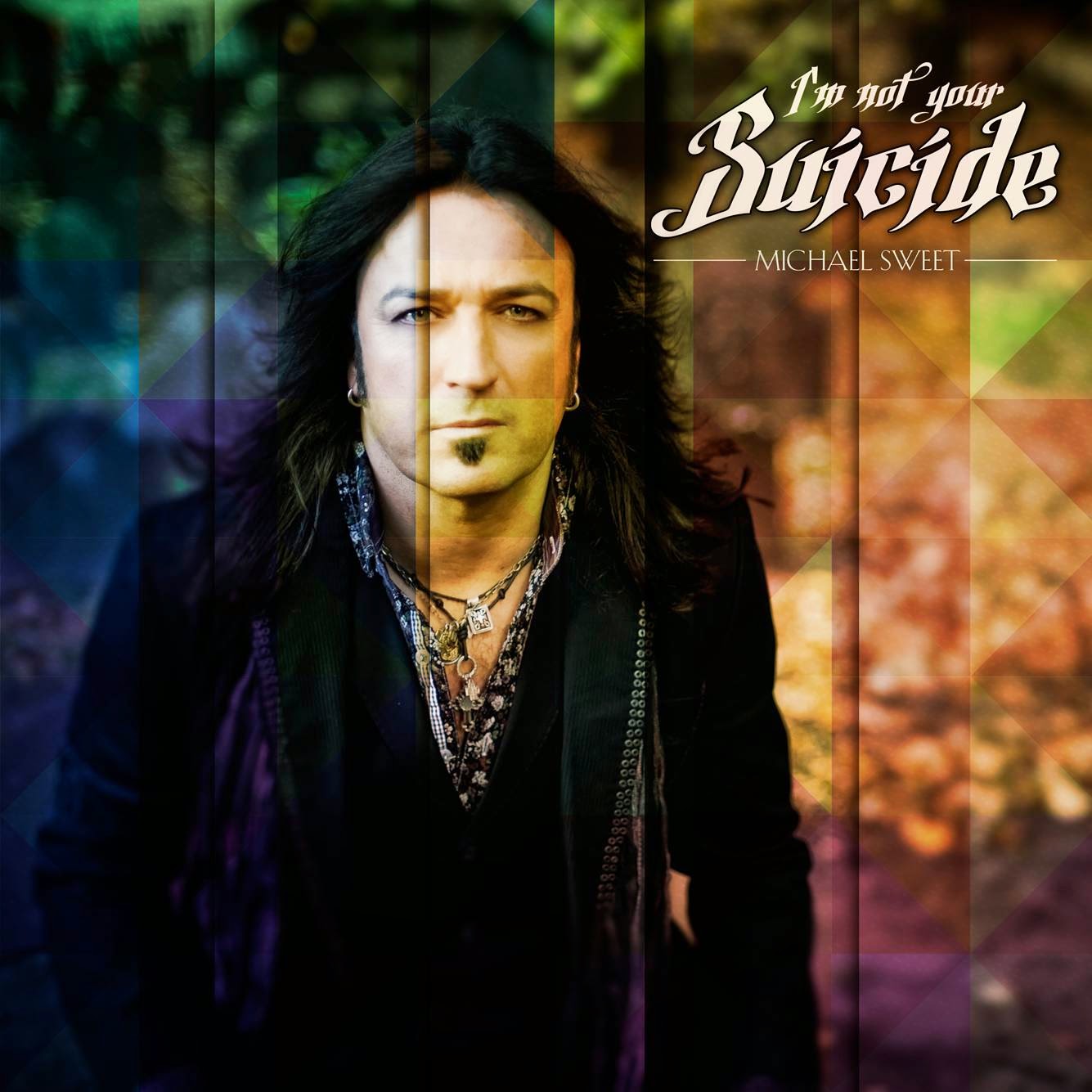 Michael Sweet is best known as the singer, guitarist, songwriter and producer for Christian rock pioneers Stryper, selling over 10 million albums worldwide. He’s been bankrupt, but I’ll save that for the biog review! In addition to Stryper, Sweet has had a successful solo career, and he served as the guitarist and co-vocalist for the legendary classic rock band BOSTON from 2007-2011.

The future remains bright for a man who has endured heartbreaking tribulations throughout his life and career, including the 2009 passing of his wife of more than 22 years, Kyle. In 2010, Sweet remarried to Lisa Champagne-Sweet, a woman he describes as “a Godsend and the one who fits perfectly by my side.”

Sweet continues to record and tour with Stryper, as well as touring and recording as a solo artist, all the while making frequent trips to Nashville where he is writing with some of the biggest music writers in the business.

It’s a busy, busy time for Michael Sweet. A live Stryper CD/DVD for Frontiers; a supergroup recording with Messers Lynch, Lomenzo and Tichy; his first autobiography, Honestly: My Life and Stryper Revealed (due May 6th), and this, ‘I’m Not Your Suicide’, his long awaited and highly anticipated solo album – for me anyway, and hopefully a few more Sweet fans!

Sweet leans on a few of his mates to wade in for an added bit of clout – Tony Harnell’s unmistakable tone hollar’s out on the opening and quite heavy ‘Taking On The World Tonight’, and trades vocal riffs with Sweet. Few people today have a voice as good as they did 30 yrs ago, but these two stalwarts of rock still cut the metal mustard!  For a moment, on This Time, I was certain Sweet was duetting with Freddie Mercury. It even starts a little like ‘The Show Must Go On’. Ive never heard anything by Kevin Max before, but Messers Taylor and May can ditch Adam Lambert and fill in with Max! Sweets has great control with his vocals, holding back when needed, not always relying on the high notes to do his songs justice. This Time talks about ‘never letting IT slip away’ and whilst most of Sweets content revolves around a higher purpose, its not carried out in a ‘preachy’ way.

‘All That’s Left (For Me To Prove)’ again sets its sights on the darker and heavier side of Sweets style, and this one chugs along quite nicely with a catchy chorus. The song that kicked this album off for me was the intro a few weeks earlier of the first single, and I must admit, one of Sweets finest songs committed to CD (I’d like to say vinyl). It doesn’t start as anything particularly special, but once the bridge kicks in, it becomes an anthem for the converted. I haven’t stopped singing this for weeks. I say ‘singing’ – my version is more like murdering.

‘I’m Not Your Suicide’ is the recent new single and again follows a similar format to ‘The Cause’ and tells you that, “no matter what someone may say or do to you to try to belittle and beat you down…and through the strength that you have and that God gives to you, rise above and remember there is a long life and a great, perfect, beautiful plan for you.” Michael proudly supports www.childhelp.org with this

'Coming Home' is a song that could easily cross over to Country especially with that nice lap steel guitar resounding in the background. Any song about ‘Home’ in the US is something that resonates with people, this is one sone that should be a single without doubt.

‘How To Live’ features Sweet's Stryper alumni’s Robert Sweet and Tim Gaines. It’s a power ballad of the highest order and again builds crescendo throughout the course of the song. ‘Heart Of Gold’ shows that Nashville influence is his songwriting, but with a Hammond. 'Anybody Else' features Whitesnake’s (and potential Stryper guitarist many years ago – read the book!) Doug Aldrich and ex WWF star Chris Jericho (Fozzy vocalist), and proves to be a definite highlight of the album. The star count obviously increased the ‘rock-out’ ratio considerably, with Jericho showing that he’s a perfect foil (and match) for Sweet. 'Unsuspecting' is THE ‘killer, rock out with your cock out’ track on '…Suicide,' and sees Sweet hitting all the high notes, but its driven by a full on riff and doesn’t abate from start to finish.

There’s a bonus track to finish the album off – Dave Mustaine’s daughter Electra sits on for a duet on 'Heart Of Gold', and adds a delicate and nice twist to the sole Sweet version and is a ‘true’ bonus song

Its been a while coming from Sweet, but I'm pleased to say this will definitely please the Sweet and Stryper faithful. He’s an honest performer who wears his heart (of gold) on his sleeve, and writes meaningful and lyrics. Whether or not you choose to listen to them and extract your own meaning is entirely up to the listener. Me, I prefer a good tune any day of the week, and ‘I’m Not Your Suicide’ is chock full of them!