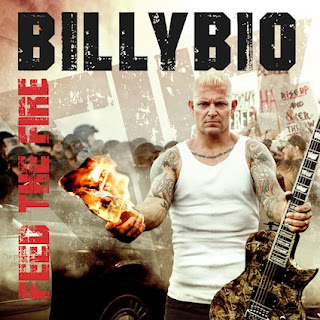 “With BillyBio, it’s 100% me. No influence from anyone else. This is who I am and what I’ve become. I’m a product of everyone I’ve met, talked with, shared my stories with…and a bit of their stories as well.” - Billy Graziadei 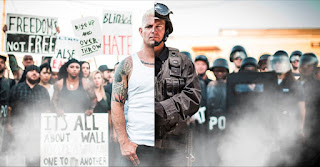 During the years of touring with BIOHAZARD, Graziadei collaborated with many different musicians. As a result of this the later friendship with Cypress Hill singer SenDog, turned in 2016 into the Supergroup POWERFLO along with bassist Christian Olde Wolbers (Ex-FEAR FACTORY) and guitarist Roy Lozano (DOWNSET). While Graziadei continues to work on new POWERFLO songs as he tours around, he decided that the time finally has come for his solo venture: Billy Graziadei is BILLYBIO.
Even the 12secs intro could not prepare me for what was about to hit me in the form of ‘Freedoms Never Free’;  An entourage of speed, aggression and anger is everything I would expect from Billy. Whoa, hold on!! ‘Feed The Fire’ has just totally confused me! We have now gone to a more mainstream rock track. Don’t get me wrong, it’s great, but these two opening tracks sound like two totally different bands! But I like it. Both songs so far have had a speed break mid-song and I think these breaks make songs. It’s something I always put in Carnage’s songs. It always works. 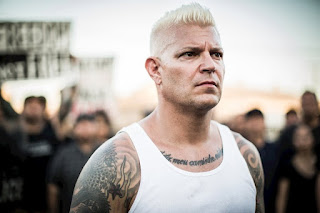 ‘Apologies No Regrets’ now heads over towards the ‘S.O.D & M.O.D’ era. Awesome speed, great bass breaks and thumping beats that will send a live crowd into a frenzy. Crackin' stuff!!!! The songs are nice and short too as we head into ‘Generation Z’ and the thrashy ‘Sick And Tired’. This song does not relent and reminds me of 1980’s Metallica and Testament. It’s galloping chorus just oozes class.

‘Sodality’ has even more class, with its heavy opening riff and rapping-style verse. V is very Sum 41 (Fat Lip). It has lots of speed changes in this track which makes it one of the album’s highlights. ‘Rise And Slay’ with it’s Anthrax-style juggery just confirms what I was thinking that this album is getting better and better as it goes along. There’s no pause for breath as we hammer through ‘STFU’ until ‘Trepidation’. What a beautiful couple of minutes. A quiet mellow symphonic jam with electronic wording splattered in the background. It was needed.

The opening riff of ‘Untruth’ hits you like a steam train. This song has everything. Dark riffs, rapping verses and a galloping chorus. 'Feed The Fire' is damn fine album which begs to be heard. I would love to see Billy live on the back on this superb album. We finish with ‘Enemy’ and album stunner ‘Disaffected World’.

The photos included with this album show Billy trying to get a message across to us. I think he’s done that. Biohazard fan?? Buy it. Billy fan? You will be.
Score 9/10