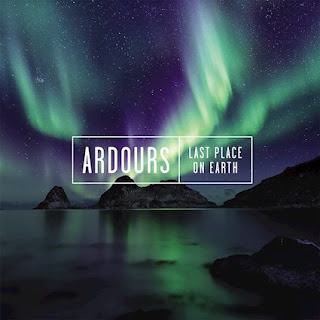 ARDOURS are a band that was formed in 2015, consisting of the two main composers and producers of the project, in addition to an external lyric writer and recording musician.

Mariangela Demurtas (vocals and vocal melodies) and Kris Laurent (guitars, bass, keyboards) have known each other since their early years, and both have been active parts of the Sardinian (Italian) metal music scene. In 2006, however, Mariangela decided to move abroad and join a band from Norway (Tristania).

They have always stayed in touch and always believed in each other's skills, and in late 2015 they decided to join forces. Hard work and dedication have been the key for their upcoming debut album Last Place on Earth.

Since Mariangela wanted something different from the solo project she is currently working on, she asked  Tristania's drummer/lyricist Tarald Lie to write the lyrics and record the drums for the album. The amalgamation of those three elements has resulted in a fresh and a promising sound. The A&R team for Frontiers records love the sound so much that they signed the band immediately and on 9th of August Last Place On Earth will be unleashed.

Ardours are a new band to me and I haven’t listened to anything by Mariangela’s band Tristania so I can’t make a comparison between the two acts.

Mariangela  has an absolutely amazing voice and can she can sing full on rock anthems and ballads equally as well, and when she lets go she sounds absolutely sublime. Kris Laurent is clearly an extremely talented musician and  that expertise is heard all the way through this masterpiece. When you listen to ‘Last Place On Earth’ you can hear what bands influence Mariangela and Kris, the biggest influences that I picked up on were Depeche Mode and The Cure.

Last Place On Earth is an album that you can keep going back to and you will enjoy it every single time, the question I have to ask myself is would buy this album myself and the answer to that question is yes I will happily put my hand in my pocket and buy ‘Last Place On Earth’ and I’m also happy to recommend it to fans of Tristania and people who have never heard of them.  I’m giving this album a very respectable 8.5/10.
Review by Marc