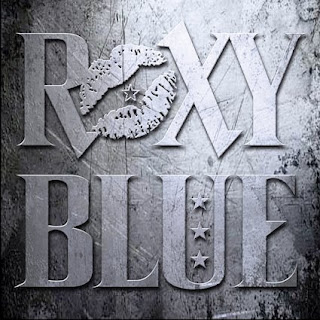 Memphis Tennessee’s rock miscreants Roxy Blue are back with the follow up album to their debut release ‘Want Some’.  Three of the original members Todd Poole (Vocals), Scotty Trammell (drums) and Josh Weil (bass) have returned to the fold and they’ve drafted in guitarist Jeffrey Wade Caughron to replace original guitarist Sid “Boogie” Fletcher who swapped the rock and roll lifestyle for life as a dentist.
From their inception in 1989 Roxy Blue played their own songs and they worked hard getting it out there by playing every gig and opening for any band who would have them on the bill. Although they were creating a buzz in the music industry they were still without a label but that was about to change as Warrant front man the late Jani Lane approached the band and with his help the labels started calling with the band ultimately signing with Geffen. The band got together with producer Mike Clink who was responsible for Guns N’ Roses debut Appetite For Destruction and Want Some was created. Sadly Roxy Blue didn’t record a follow up album until now.
When I saw that Roxy Blue were releasing a new album I was so excited,  I loved ‘Want Some’ and anticipated that they’d return I just didn’t realise it would take so long, the question that needed answering is was it worth the wait and all I can say is ‘hell yes’ it was worth it. Be warned if you’re expecting ‘Want Some’ part two, you’ll be in for a shock because Roxy Blue is a harder, heavier and darker album.  There are so many different styles on this album that no matter how many times that I’ve listened to this album I’m picking up another influence. There are times when I could swear that I was listening to an outtake from ‘Appetite For Destruction’, some ‘Slave To The Grind’ era Skid Row, pretty much everything ever released by Hinder with a little bit of Limp Bizkit chucked into the mix for good measure.  I think every person who listens to this album will hear different influences, some may agree with me but I think there’ll be a lot of disagreement too. 24 hours in and I’m still listening to this amazing album and I can say with a certainty that this is a CD that I will definitely be buying next pay day. So ladies and gentlemen do yourselves a favour open your wallets/purses and get this gem as soon as you can.
Roxy Blue – Roxy Blue is joining the extremely small number of albums that I have given the elusive 10/10.