This is just a list of my personal favourites of 2016. As a classic rock/AOR/Prog fan theres not exactly a lot of Metal on show here. Come to think of it, there no metal whatsoever here. Ah well. it my list and Im sticking to it

In a year when 2016 has seen some truly outstanding heroes pass on, if there is an afterlife then there one hell of a party going on. The music this year has seen some great releases. When Ive reviewed albums, Ive never given anything top marks as ot would have to be pretty damn faultless, and, whilst there are some great albums in this list, its hard to say if any will be revered as absolute classics in years to come

24. Violet Janine - Between Red & Blue
Read a mate raving about it. Bought it, but you wouldn't buy it from the cover! Reminds me a bit of Romeos Daughter (if they were Swedish). Anything with Tony Martin dueting on a country rock song (So Much More) isn't going to be bad...

23. Steven Wilson - 41/2
Releasing an album of alleged cast-offs, which are still better than most proggers can muster up as their best stuff. The undoubted King of Prog!

22. Michael Sweet - One Sided War
As prolific as a prolific thing, this is Michael Sweets heaviest album to date. Choc full of 80s inspiration, and introduces a new starlet to the fold, he's that nice a bloke

21. Chris Shayne - Turning Stomes
Part Skynyrd, part Black Stone Cherry, part Cadillac Three, and just as good as any of the above if given half a chance. A cracking country rock album. If you're reading this Chris, you owe me the CD!!

20. Almah - EVO
This came a bit left field to be honest. Didn't know what to expect, and was very surprised indeed. Its their 5th album (a concept), and where the hell had they been. Power Metal, melodic, uplifting and could win Eurovision given half a chance

19. Hardline - Human Nature
Keeping Italian musicians employed since 2013, Gioeli had pulled this one out of the bag. Their best since the debut all those years ago. Don't give up when you're on a roll...

18. Dante Fox - Breathless
Never given up, and getting better all the time (which is saying something). Breathless is superb. For me it had one of the tracks of the year in Dynamite. It certainly blew my ears off!

17. Myrath - Legacy
A Tunisian progressive, oriental, power melodic metal feast. One of the best songs (and videos) in 2016 in 'Believer'. A belting album

16. The Cadillac Three - Bury me In My Boots
Its a lot more country Nashville rock that the debut, but its not a bad thing. Should be massive in the US considering the audience for country. Bourbon and beer soaked vocals and instantly singable tunes!

15. Sons Of Icarus - Beyond The Sun
The album took and age to be released (about 5 years) and proved too late to save them. Now departed, but they have left a mark and a half with some of the best riffs this side of Tony Iommi's moustache. Check out the South Park inspired video for 'Make Amends'

14. Volbeat - Seal The Deal & Boogie
A bit of a Marmite band for me (and I friggin' hate Marmite). But STD&B was the one that changed my opinion. I think it was seeing them live recently that literally 'sealed the deal'. As the St Winifreds Choir once sang...'theres no one quite like Volbeat!'

13. Alter Bridge - The Last Hero
heaver than anything previous, it doesnt quite have the cutting edge of Blackbird. Theres still some great songs on here, especially 'My Champion', 'Show Me A Leader' and 'The Last Hero'.

12. Tremonti - Dust
The nearest Tremonti album to sound more like an Alter Bridge album. Not as brutal as the previous two, its my fave of the Tremonti bunch so far.

11. Dream Theater - The Astonishing
And astonishing it was. At first I thought it was tripe, but after forced repeated listens down our local nick for shoplifting, it grew on me like 'Easy Street' on The Walking Dead 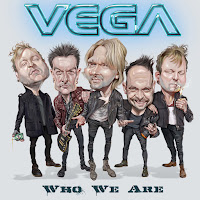 If you thought 'WTH' was good, 'WWR' knocked it out of the park. I don't think the Martin brothers leave the house unless they have written a huge anthem. Couple this with the incendiary guitar riffage of Marcus Thurston, and Nick Workman's vocals, and its anthem heaven. 'Explode' is one of the songs of the year without a doubt. The other 10 aren't bad either! 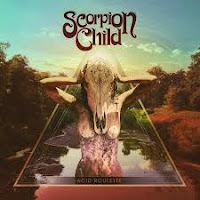 Huge 70s boogie riffs couples with 80s metal and a slab of prog. I know it sounds as if it doesn't work, but it does, trust me. With Aryn Jonathan Black running the show, they have a truly enigmatic front man with a voice that could strip varnish off timber from 50 paces. One of THE BEST BANDS you haven't listened to yet. Its a concept album, but all I know is that its a damn good album 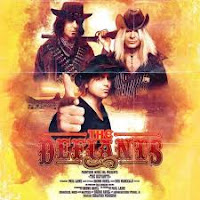 For most of 2016 it was my fave melodic rock album of 2016. A stunning debut that hasn't turned out to be just a project for Frontiers head honcho Serafino Perugino. It was his most inspired grouping of any to date. Paul Laine is on FIRE! 'Love And Bullets' and 'Waiting On A Heartbreak' are modern day (or any day) classics. More please!! 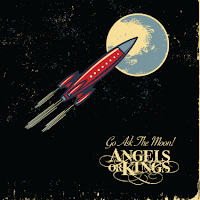 Tony Bell has both feet planted firmly in the 80s and it shows with this fine collection of songs. Too many bands don't listen to the classics and try to replicate what made them good in the first place, AOK are an exception. If 'Heartbreak Railroad Company' was written by a certain Jon Bon Jovi or Eric Church for example, we would all be waxing lyrical. Songs like this don't come out of the North West of England. Thank God they don't listen. My melodic rock album of the year! 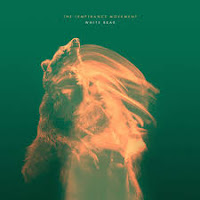 Their EP, and debut set tongues wagging, and their live gigs just reeled the punters into their brand of music. The last year or so supporting the likes of the Rolling Stones and Blackberry Smoke has done them a world of good. White bear is superb, and in Phil Campbell they have a truly great singer. Its good to see a band pushing on from their excellent debut and producing an excellent piece of work 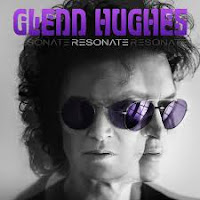 If I had a voice like Glenn, I'd certainly believe the hype and call myself 'The Voice Of Rock'. Probably the finest singer of his or anyone else's generation. Its his first solo album in quite some time, and boy, he certainly knocked it out of the park. Its THE BEST ALBUM he has done since Burn - its that good. 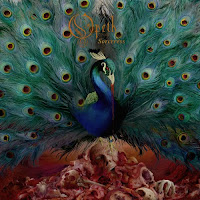 The signs that Akerfeldt was moving away from the grunting. death metal style that bought so many to the fold all those years ago. Its mellower prog direction has been coming for quite some time, probably since 'Watershed'. With 'Sorceress', its the one album that has nailed his way to the cross for the masses. Like it, or lump it, he and this style are here to stay (I think). Its complex compositions balanced with melancholy, only if it were done in part by the Scorpions! 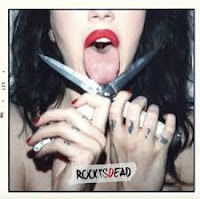 This one came at me out of the blue whilst trawling through YouTube for musical inspiration. I found it, and with a voice that's one of the best Ive ever heard, and a drop dead beauty in Dorothy Martin. I'll forgive them a bit, as some of the songs follow the same formula, but a little gripe aside, the songs are delicious. Someone at the BBC likes them, because if you've followed TV series in the UK like Poldark, Dorothy's music has been all over it, and other preview clips like a rash. 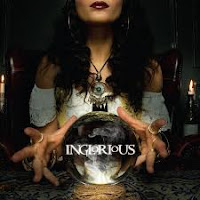 One of the finest debut albums in this or any other year. A true rock god has been launched in Nathan James (TSO, Uli Jon Roth). Not may people can sing like they can in the studio, James is one of the few who can, and he can do it better than most. A classic rock band in the making, I cannot wait for album No.2 . The first album I reviewed in 2016 and its been pipped to the post by this..... 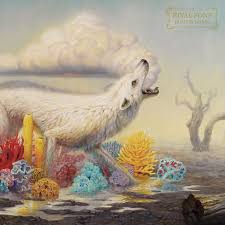 Rival Sons have gotten better with each passing year. When I first saw them in 2010 they were very good, their tour with Sabbath has seen them come on leaps and bounds. In Jay Buchanan they have one of the best singers and focal points of any band plying their trade today. A much shorter album than 'GWV', 'Hollow Bones' still oozes quality. Written and recorded in double quick time, you wouldn't think so. Rival Sons pay homage to the 70s greats and add their own stardust and flair. 'Hollow Bones', 'Fade Out' and 'Black Coffee' are all excellent, but just a little more excellent than the rest of the album and all the others on my list